HAPPY NEW YEAR'S - BUT WHEN? 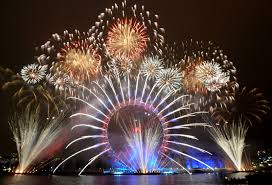 I thought I’d check my Wikipedia and find out the history of New Years. So for those who don’t know, like me, here’s some interesting information on New Year’s.


New Year’s Day we hang our new 2014 calendars. The New Year of the Gregorian calendar, similar to the Roman calendar, the one commonly used throughout the world, falls on January 1(New Year's Day). There are numerous calendars that remain in regional use that calculate the New Year differently.


The order of months in the Roman calendar was January to December since King Numa Pompilius in about 700 BC. Until 1751 in England and Wales (and all British dominions) the new year started on March 25 – Lady Day, one of the four quarter days (the change to 1 January took place in 1600 in Scotland).  Since then, January 1 has been the first day of the year.


During the Middle Ages several other days were variously taken as the beginning of the calendar year (March, 1 March 25, Easter, September 1, December 25).


In many countries, such as the Czech Republic, Italy, Spain and the UK,  January 1 is a national holiday.


With the expansion of Western culture to many other places in the world during recent centuries, they have adopted the Gregorian calendar and the 1 January date of New Year has become global, even in countries with their own New Year celebrations on other days (such as Israel, China and India). Many in the countries where Eastern Orthodoxy predominates celebrate both the Gregorian and Julian New Year holidays, with the Gregorian day celebrated as a civic holiday, and the Julian date as the "Old New Year", a religious holiday.


The Chinese New Year, also known as the Lunar New Year, occurs every year on the new moon of the first lunar month, about the beginning of spring. The exact date can fall any time between January 21 and February 21 of the Gregorian calendar.


The Tibetan New Year falls from January through March.


The new year of many South and Southeast Asian calendars falls between April 13 1nd 15, marking the beginning of spring. 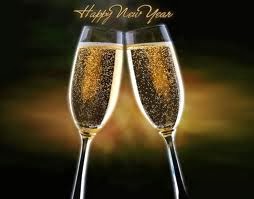 Posted by darkwriter at 9:57 PM