Our guest author today is Mary Marvella, who is going to share some tidbits  about the writing of her book that no one knows--until today.

Mary Marvella must be a late bloomer, since she didn't try her hand at novel writing until she retired from teaching.  She did, however, make up tales for the other children, and, according to her mama,  she stood in the front  of buses when she rode them to town and sang Jesus Loves Me and told stories at the ripe old age of three.  Mama was prone to make up stories or change them to make them more interesting, soooo.
Mary has always loved red and she has loved to read from the time her first grade teacher read The Boxcar Children to the class! Mary found a copy and read the book herself!  She considers her daughter her best work, though the 41 year old won't read Mama's romance novels.
Mary writes romance, paranormal, and women's fiction stories and would love to hear from readers. 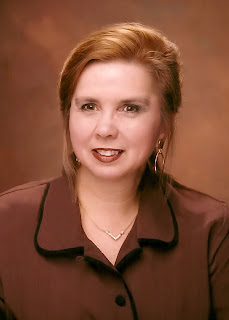 1. Protective Instincts began in 1991 as Teacher, Teacher, (Really, that was the original title. )
2. Version One was so purple even writers of purple prose choked on it.  I had flying body parts and used more ways to describe eye color than anyone should! And that was in Chapter One.
3. Writing that contemporary romance taught me that I can't read historical romance when I am writing contemporary romance.  My tone and style become more like the literature I taught as a high school language arts teacher. I really worked to learn to write for more modern readers.
4. When I wrote Protective Instincts I pictured my hero as a version of Adrian Paul.  I tried watching television and looking through magazines for Sam's face. I considered a calmer, more mature version of Mel Gibson, but he wasn't my Sam. Finally I saw the television series Highlander: The Series.
5. Douglas, my villain was my first and maybe creepiest one so far! After my parents died within a year of each other I couldn't write, but I needed to write!  I edited and printed and sent pages from that book to my new critique partners.  As I was skimming and changing a word here and there Douglas, my villain, spoke up and told me the book was boring.  Since when does a bad guy do such a thing? Sam, my hero , was fine with the book and so was Brit, the heroine.  But I needed inspiration, so I let him have his head. After all, I could hit the delete key if he was full of crap.  My critique partners weren't happy with the rules I broke for Douglas, but I couldn't wait to see what he would do next.
6. Protective Instincts was the first book I contracted after I had Indie-published three novels and two novellas!
Posted by darkwriter at 8:54 PM