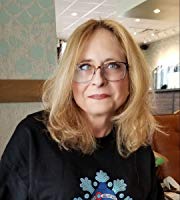 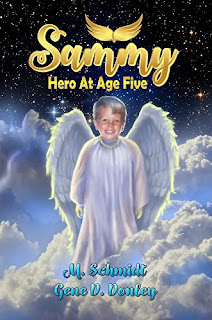 
Blurb for Sammy Hero at Age Five.
“Kids can get hungry sometimes while on chemo,” says five-year-old Sammy, having a good day despite the malignant tumor invading his brain. Based on true events from the 1980s, Sammy’s story is imagined by his mother and brother as if the young boy might tell it himself. The result is gripping. Told in two parts, Sammy’s account first invites us into the everyday middle-American lives of a mom and her two boys. Sammy is a sweet, good-hearted kid, even as he faces the most difficult challenges in Part 2: “Cancer Arrived.” Here Sammy talks us through hospital trips and procedures, the hardest parts as well as moments of simple joy. It is not always possible to survive such a grim diagnosis, so Sammy and his family must embrace the smaller victories from one day to the next. Finally, our young hero is given one last opportunity to find his own unique path toward triumph. Listen closely as Sammy tells us all what matters most. 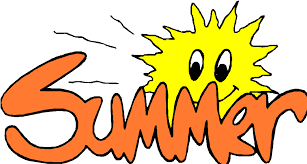 Summer has officially arrived – although it is dragging its heels in my locale.
But with all the extra things that have also arrived, like yard and garden, I’m finding myself also dragging behind.  I’m taking a couple of writing classes this month as well. One is Writing Round Up and I’m learning all sorts of new things about using programs and short cuts I didn’t know before. Do you take classes or workshops – online or in person?
Here are a few writing classes coming up if anyone is interested.

Thrilling Summer COFFIN Workshops
The College of Felony and Intrigue (COFFIN) offers two tracks, Murder One and Killer Instinct, of monthly online workshops at an incredibly low price. All classes are via an email thread and open to anyone.
To register go to:
https://rwakissofdeath.org/coffin Workshop Descriptions and Instructor Bios
Marketing Tactics for Authors
An intensive on how to set up a long term marketing strategy which requires little daily effort, while offering an author's work up to new readers every day.


Instructor Bio:
Monica Corwin is a New York Times and USA Today Bestselling author. She is an outspoken writer attempting to make romance accessible to everyone, no matter their preferences. As a Northern Ohioian, Monica enjoys snow drifts, three seasons of weather, and a dislike of Michigan football. Monica owns more books about King Arthur than should be strictly necessary. Also typewriters...lots and lots of typewriters. You can find her on Facebook at: http://www.facebook.com/monicacorwin, on Twitter at: http://www.twitter.com/monica_corwin, on the web at: http://www.monicacorwin.com. Monica Corwin is also on Instagram: http://www.instagram.com/rosetyper9 and Bookbub: https://www.bookbub.com/profile/monica-corwin

How Fire Departments and EMS Work in the Real World

We've all seen, in TV, movies, books and sometimes even in our own community's fire apparatus and ambulances. But telling the difference between a "Fire Engine" and "Fire Truck" are often difficult for those who don't understand the ever-expanding roles all of those in the fire service and EMS are now performing in their communities. This course will cover a multitude of subjects including: fire/EMS apparatus and what they are used for, what actually happens on a fire scene, how EMS, PD's and the fire service work together, dealing with hazardous materials, arson investigation, auto extrication, technical rescue and anything else anyone has questions about.


Instructor Bio:
Joe Collins is a 20-year veteran on the busiest volunteer department in the county and a 20-year veteran paramedic. As an instructor for much of his life, he has taught a wide variety of subjects ranging from Aikido all the way through to EMS and Fire Department subjects. His most recently published books are in "The Black Hand" series including "The Black Hand: Arsonist" which touches on many of the subjects to be discussed. Currently, he's working on a Military Science Fiction series.
Diversity in Fiction

Have you wanted to write more diverse characters but have been afraid? I'm going to give you the basic tools to write characters from different backgrounds without falling into many of the common pitfalls that create characters that are stereotypes instead of real people. Tap into this growing new market and potentially add new readers by adding diversity to your story. Writing Diversity in Popular Fiction is a workshop focused on how authors can create realistic multicultural characters. Topics in this workshop include:
o     How to describe skin tone, hair and physical traits without using stereotypes or using food.
o     Creating your character's multicultural backstory.
o     The Legend of Bagger Vance Effect - how to avoid the stereotype of the "wise black friend
o     Terms to describe someone of mixed race – psst, it's not Mulatto.
o    Current terminology to describe different disabilities.


This will be a closed door session with honest thoughtful dialogue, all questions are welcome and there will be no censure for any questions asked, in other words you can't offend me! This is a safe space where you can ask questions about race that you may have been afraid to ask.


Criminal Fun with E-Devices
Electronic devices are our friends-except when they're not. Laptops, cellphones, jump drives-every mystery/suspense writer knows that a former friend or unrecognized enemy is always a great character. In Criminal Fun with E-Devices, you'll learn how to use both white-hat techniques and black-hat techniques with e-devices. Computer forensics is a wide-open field, including hackers (black hats) and computer forensics experts restoring "deleted" files and "crashed" hard drives (white hats). You'll hear about people doing stupid things to cover up or destroy evidence, and what judges have to say about that-yes, it's called obstruction. It's called lots of other things, and you'll hear about some other non-profane names for it. Then there are devices in the hands of the innocent (okay, ignorant) character who lets bad things happen (remember those hackers?) by inertia (you did freeze your credit report accounts, right?) or plain ignorance (credit report?). Theft of electronically-stored information is big business on the dark web (but your SS# is only worth $1 when black hats buy in bulk). You'll explore the many ways individuals and companies make theft easier, along with the ways they try to cover up electronic evidence when things go wrong. "Hold" will have a new meaning for you after this class, and someday you'll need it in your own life. Because, stuff happens while we're busy writing about it, or worse, doing our e-banking on the sidewalk. To say nothing of who's got your phone call log. 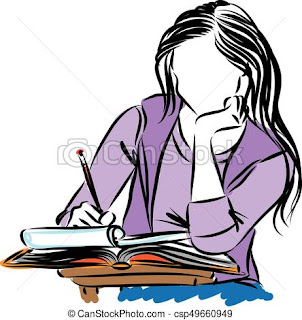 Instructor Bio:
ANN ZEIGLER's book, Preserving Electronic Evidence for Trial, was named 2016 New Mexico / Arizona Book Awards Best Business Book. Zeigler also has three mystery books in progress, featuring a female archaeologist and a male international business consultant. The first in her Inadvertent Detectives mystery series, Hobby of Corpses, was a finalist for the 2017 David Morrell Prize in Fiction. Zeigler is a long-time member of SinC and MWA, and was program chair for MWA Southwest (Houston) from 2008 to 2013. She was 2017 President of SinC's Croak & Dagger (NM) chapter, a co-perpetrator of the 2015 SinC/RMMWA Mystery Roundup, chief perpetrator of the ongoing Croak & Dagger Great Library Adventure (showcasing C&D authors at libraries around New Mexico, and a chief perpetrator of "Evidently," the 2018 writers' workshop on evidence, headlined by Jan Burke. In addition to an MFA in Creative Writing from the University of Montana Writers Workshop, Zeigler is a graduate of the University of Houston Law School, and the Houston PD and FBI (Houston) Citizens' Academies. She practiced federal law in Houston for thirty years, and was a citizen volunteer at HPD's juvenile sex crimes unit for five years. She received the Albert Nelson Marquis Lifetime Achievement Award in 2018 from Marquis Who's Who, after being listed in its highly-competitive contemporary international biographies series annually for more than 25 years.
Not only is COFFIN the educational wing of the RWA® Kiss of Death chapter one of the first of its kind in the country, it remains today, one of the most respected.

Understanding Pacing
Sponsor: Outreach International Romance Writers
Fee: OIRW Member $25 | Non-Member $35
Dates: July 9-August 1, 2019
Presenter: Laurie Sanders
FMI:  http://www.oirwa.com/forum/campus/#JUL2
Course Description:
Whenever I teach about any topic, but especially showing versus telling, deep point of view, and writing emotion, one of the things that I often hear is the concern that showing versus telling, using deep point of view, or showing emotion will slow down the pace.
What people often don't understand is that pacing isn't a rush to the finish line.
Pacing is about managing the reader's focus so that the reader is always concerned about the things that the writer wants them to be thinking about, wondering about, worried about, caring about. Good plotting ensure that there is always a focus…always something for the reader to be wondering about, worried about, or caring about.

In this class, we'll work with this new definition of pacing and explore ways of planning our novels that ensure that we have a focus and that we are managing the reader's focus. We'll explore the ways that using techniques involved in showing versus telling and deep point of view to strengthen the reader's focus and improve the pace rather than detracting from it so that the reader remains glued to the story, fully engaged, and turning pages.
Instructor Bio:
Until July 2014 Laurie Sanders was the founder, CEO, and editor-in-chief at Black Velvet Seductions. In 2014, after almost 10 years as CEO and editor-in-chief, Laurie was ready to take a step back to enjoy some time with family and to engage in her other long neglected hobbies. She sold Black Velvet Seductions to longtime Black Velvet Seductions cover artist Richard Savage who now heads the company.

Laurie now keeps busy teaching online writing workshops for a global community of writers who attend her classes online through various RWA chapters and through her own site at http://www.lauriesplace.net She maintains an active role at Black Velvet Seductions as a member of the company's acquisitions team and continues to edit many of the manuscripts the company publishes through her popular Yellow Highlighter Classes.

Laurie teaches on a diverse range of topics covering subjects that caused the most rejections during her years as editor-in-chief at Black Velvet Seductions.
Read more about Laurie and check out her writing tips at her website at http://www.lauriesplace.net Contact her through the contact button in the upper right corner of the site or by leaving a comment for her on the site.

All workshops are open to everyone. You can register for these on-line classes through July 8th.  Or, contact Campus Coordinator.
To subscribe to OIRW Online Workshop Notifications, Click Here.