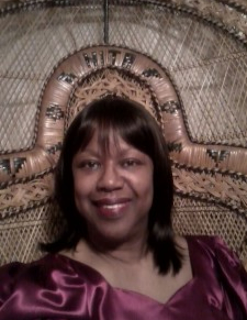 This week we’re going to find out a little about author Juanita Aydlette. October’s theme is ‘Pets in Writing’ so Juanita will be talking about pets. She’ll also tell us a little about herself and her writing, and answer some fun questions.


Juanita Aydlette is from Shreveport, Louisiana, and now lives in Texas.  She’s the only girl in a family of four brothers. She love music, planting flowers and is a dog lover…that’s why she works at an animal clinic.
Beverley: Are you a pet person?
Juanita: Yes I am. As a matter of fact, I work for a Veterinarian.
Beverley: Do you think pets (dogs/cats/birds/ horses/ etc.) belong in books? Why?
Juanita: I think pets belong in books, because they will definitely draw the curiosity of the reader. Pet lovers—and there are millions, can relate to animals as family member. I think it's important to them to find an author that feels that way too.
Beverley: Should they be the main characters? Why?
Juanita: I think it depends on the plot. If it's a fantasy or science fiction story, then why not? In that case, the animal can be as intelligent as a human.
Beverley: Should animals in books talk?
Juanita: Sure. As I said, in cases of science fiction and fantasy, why not?
Beverley: Do you include pets in your books?
Juanita: My first novel was published last year by Class Act Books, a fantasy romance/suspense,  and there are animals—not pets, but animals just the same.
Beverley: Any other thoughts on pets, and pets in books?
Juanita: If my husband didn't protest, I would probably try to acquire as many pets as I could. I think animals enhance a story, because they tend to bring out the soft side of most people.
Beverley: Which genre or genres do you write or prefer to write?
Juanita: So far, I have no preference. If I happen upon a situation that I feel will make a good story, then I plan to write about it. However, I do tend to lean more towards fantasy.
Beverley: What prompted you to write in the genre/s you do?
Juanita: I had a vivid imagination as a child, but no one to share it with. I have a lot of catching up to do as far as writing about it now. It's a little harder now that I'm older.
Beverley: What genres do you enjoy reading?
Juanita: I like thrillers, suspense, mysteries and romance also.
Beverley: How long have you been writing?
Juanita: I've been a closet-writer since high school; poems and such. I was shy and always worried about what people thought of me. Now, I don't care.
Beverley: Who influenced you the most in deciding to become a writer?
Juanita: Stephenie Meyer. I waited so long to decide to make this a reality, and after she did it, I felt like I could too.
Beverley: What obstacles did you have to overcome to begin creating your work?
Juanita: First, I started to write without any research on the publishing industry, so I took my first five rejections pretty hard. I had to go back and find out what I was doing wrong. Second, I work ten hours a day, so I have to squeeze time in for writing. That part really depresses me.
Beverley: What gets your creative juices flowing?
Juanita: Anything. I have ideas to pop up all the time—mostly at work, and I have little pieces of paper with notes on them stuck in my pockets by the end of the day.
Beverley: What will stop your creative muse the quickest?
Juanita: Constant disturbances by my husband and my dogs and also the phone ringing will drive me nuts.
Beverley: What do you have for breakfast?
Juanita: I will eat just about anything for breakfast, but if I have the time, I will stop at McDonalds and get oatmeal and a biscuit with butter.
Beverley: What do you wear when you are writing?
Juanita: Usually I'm in a pair of shorts or my night clothes, because after working all day, I have to make time for an hour or so to write before I go to bed. Other than that, I spend an hour of my lunch break to write.
Beverley: Where do you do most of your writing?
Juanita: I get most of my writing done at home on Saturdays.
Beverley: Do you have a favorite cartoon character? Why?
Juanita: I use to watch The fantastic Four cartoons when I was younger, because everyone had special powers.
Beverley: Who would you love most to meet 'in person' and why?
Juanita: I would like to meet actor Anthony Hopkins--just something about Hannibal Lector. I took him as a date to a Facebook party once.
Beverley: If you had an unexpected free day what would you do with it?
Juanita: I would either write or just relax and watch television.
Beverley: What are you working on now?
Juanita: I am working on part two of "It's in the Blood" entitled "Blood Ties." Hopefully it will be released early in 2018. 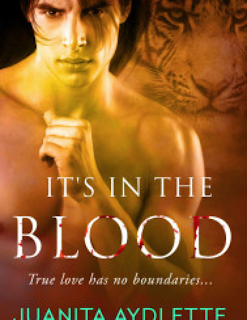 Blurb for It’s in the Blood:


Never stare at a green-eyed, shirtless hunk. Gabrielle Madsen is drawn in by such a pair of eyes that captures her soul and leaves her a prisoner of an addictive kind of love--not that she's complaining. But her educational trip turns out to be more than just a fun-filled summer escapade.

She’s faced with a life-changing decision that could affect the world around her. Her discovery of this ancient, legend-come-to-life proves to be deadly, but her heart can’t break away. She and Josh Van Ness fall in love and must battle the forces that want to keep them apart.


Don’t forget to check back next week for another author interview and discussion of pets in books.
Posted by darkwriter at 10:06 PM