Pets in Writing with Jeremy Higley 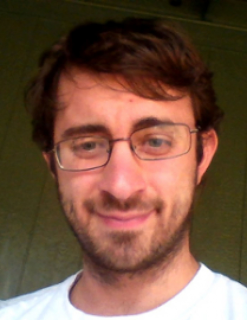 This week we’re going to find out a little about author Jeremy Higley. October’s theme is ‘Pets in Writing’ so Jeremy will be talking about pets. He’ll also tell us a little about himself and his writing, and answer some fun questions.


Jeremy Higley was born in California but now lives in Arizona. As of 2016 he’s a graduate student working on a master’s degree in English. He’s also an instructional aide at a local elementary school, a novelist, and a contributing editor for a nonprofit student success company called LifeBound.

Beverley: Who influenced you the most in deciding to become a writer?
Jeremy: A very determined German lady, who wouldn’t award me my Communications merit badge until I could produce college-level prose.
Beverley: What obstacles did you have to overcome to begin creating your work?
Jeremy: There weren’t any obstacles in the way of beginning. I was first starting to make up stories when I was a toddler, just like most children. Storytelling is a very natural human ability. I think that was the biggest realization I had to make before I could start writing novels seriously, though. I didn’t need to wait for some vision of my best writing self to materialize. I just had to get started. Every author, great or small, has had to start in the exact same place. With a first word.
Beverley: What gets your creative juices flowing?
Jeremy: Disney villain songs. Those are some go-getters, I tell you. Very proactive. Know what they want. We could learn more from them, at least in terms of how to get things done.
Beverley: What will stop your creative muse the quickest?
Jeremy: Tooth pain and social anxiety.
Beverley: What do you have for breakfast?
Jeremy: Cold cereal, an apple, and an episode of Good Mythical Morning.
everley: What do you wear when you are writing?
Jeremy: Pajamas! Oh, I wish. More often than not, just whatever I happen to be wearing when I get some time alone to write.
Beverley: Where do you do most of your writing?
Jeremy: Lately, I’ve been writing at the local college library. There’s lots of silent study spaces, a snack vending machine, and decent wifi.
Beverley: Do you have a favorite cartoon character? Why?
Jeremy: I think Aang, from Avatar: The Last Airbender, is one of the best-written characters in an animated show you’ll ever find. I recommend the series as a powerful example of high fantasy TV at its most accessible and engaging.
Beverley: Who would you love most to meet 'in person' and why?
Jeremy: I don’t have to admit to anything. You can’t make me! You’ve got nothing on me, officer!
Okay, okay. It’s Lindsey Stirling, because I’d like to thank her for how inspiring her music and the story behind her music has been to me and my art, and even my life.
That or Enoch. Don’t ask me why.
Beverley: If you had an unexpected free day what would you do with it?
Jeremy: I’d spend it with people I love. Or characters I love. Or both!
Beverley: What are you working on now?
Jeremy: I’m working on the sequel to my first book. This one is titled: Tales of the Darksome Thorn: Dead Forsworn, and continues the adventures of Skel and his fellow adventurers. A war is brewing. The Irontree Forest is on the move, and the armies of Duskain must be gathered to meet it. Oblivious to all this, Skel’s team has fallen into the clutches of a tribe of rogue golems called the Trin. Greedy and inhuman, the golems prove to be a force too great for even Nynsa to deal with. Each team member will have to grow and adapt if they ever hope to reach the shores of Craun and break Marga’s curse. 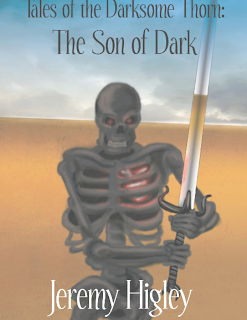 Blurb for The Son of Dark (Book 1, The Darksome Thorn):


A thousand years ago, the wizards of the Nynsa  failed to follow the prophecy of the Darksome Thorn, and now the greatest evil of their time has survived into the next age.
Now, the Darksome Thorn has revealed a new prophecy, and the very evil they failed to kill is working to use that prophecy to his advantage. Forces of evil run rampant in the land of Duskain. Ancient powers are stirring. A greater darkness is imminent...
...and Skel, the foster son of an elephant herder, finds himself caught in the middle of everything. Will Skel's newly developing powers be a help or a hindrance...

Don’t forget to check back next week for another author interview and discussion of pets in books.https://www.youtube.com/embed/svt6n7Rv2Lw
Posted by darkwriter at 9:50 PM