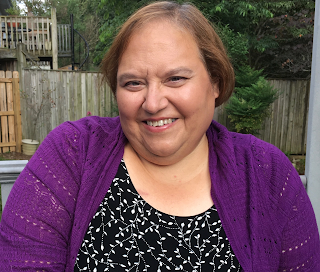 October is Breast Cancer month. Trixie Stilletto is going to share a major moment in her life and her latest book.


Why I chose to break away from my comfort zone is based partly on the desire to challenge myself. I read as many mysteries as I do romances. Still, I probably wouldn’t have come up the character and idea for my latest story, Do Grave Harm, had it not been for a life-changing medical diagnosis in 2014. Do Grave Harm is a story about a middle-aged divorcee undergoing radiation treatment when there’s a murder at the clinic. She feels compelled to discover why a technician is killed and she’s being threatened. Because I do love a touch of romance, there is a hint of one in this story along with a long-time friend and an ex-husband, who may actually have redeeming qualities.


Back to me. On my annual mammogram, the doctors discovered a lump in my left breast. It was tiny and we’d caught it early. That was the good news, along with the fact survival rates for breast cancer patients have really improved over the last two decades. Then came the bad news. My kind of cancer, known as triple positive, was not one of those with high survival rates. The really negative thing was this gene called Her2+. Cancers with this makeup have a high rate of recurrence and moving to other parts of the body. Oh joy.


When I was undergoing the first round of treatments – a year of chemo along with daily radiation treatments – I began to fear if I would ever write again. It was at radiation one cold winter’s day in 2015 that Jennifer Atkinson and the story for Do Grave Harm came to me. It took me a bit to actually finish this story but now it is available in all digital formats and in paperback through Amazon.


I’m very proud of this story but it is certainly the most personal one I’ve ever written. I hope you will take a moment to check it out and read the excerpt. All proceeds from this book during the month of October, Breast Cancer Awareness month, will be donated to metastatic breast cancer research charities.


BACK COVER COPY for DO NO HARM


“Helpless” and “vulnerable” aren’t normally part of freelance writer Jennifer Atkinson’s vocabulary. But there’s nothing normal about her regularly scheduled radiation treatment, especially when she discovers that while she was fighting claustrophobia inside the massive machine aimed at her breast, someone was murdering the technician at the controls.

As the gruesome scene plays over and over in her mind, small details that didn’t seem significant at the time start the wheels turning. Soon she’s asking more questions than she’s answering for the seriously attractive investigating officer, Blue Bald Falls Detective Ben Manteo.


Despite Ben’s warning she should keep her nose out of it, Jennifer can’t resist using her limited energy to pick up seemingly unrelated threads that, inevitably, begin to weave themselves into a narrative. A story of lies, deceit, and betrayal that someone will go to any length to make sure never gets told…


Note: The proceeds from this story during October, breast cancer awareness month, will be donated to metastatic breast cancer research. 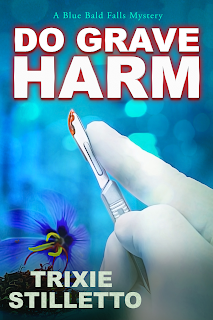 EXCERPT from DO NO HARM