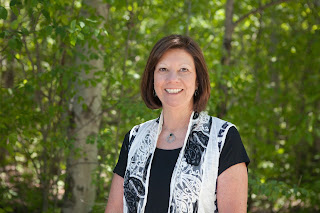 
Judy’s Tip on Writing - Schedule time to write your story


“Write even when you don’t want to, don’t much like what you’re writing, and aren’t writing particularly well.” Agatha Christie.


It’s another way of saying, “don’t wait for the muse to show up, but be there when it does.” I expect I spent a fair bit of my life waiting for the muse to show up without making any effort to invite her in. Oh, I’d been saying for years that I wanted to write a book. Even dabbled with it some, now and again. Bought some writing software thinking that would make all the difference.


It wasn’t until Christmas Eve, 2012,  that I came to the realization that would change my life: If I didn’t schedule time to write my novel—the same way I scheduled work, exercise, visiting with friends and family, and making meals—it would never get written. And all the fancy writing software in the world wasn’t going to make it magically appear.


“Writing is like giving yourself homework, really hard homework, every day, for the rest of your life. You want glamorous? Throw glitter at the computer screen.” Katrina Monroe.


There are probably authors who get up, write their daily quota of words before lunch without breaking a sweat, and have a polished manuscript within a few months.


I have proven to myself, however, that I’m capable of writing fiction when I put my mind—and my time—to it. The Hanged Man’s Noose took me a little over a year to write. It took another six months and several more revisions to land a publishing contract (happily signed in July 2014).


I learned a lot from writing The Hanged Man’s Noose. I learned that I have to stay connected to my story and its characters. And that means writing—or at least staring at a blank computer screen—every single day, even if I can only carve out fifteen minutes because company’s coming that night and I have another deadline to meet. And on that note, I’ll leave you with one final quote.


“Remember, to your characters, this isn’t a story.” Greg Fallis.


Blurb for The Hanged Man’s Noose


Journalist Emily Garland lands a plum assignment as the editor of a niche magazine based in Lount’s Landing, a small town named after a colorful Canadian traitor. As she interviews the local business owners for the magazine, Emily quickly learns that many people are unhappy with real estate mogul Garrett Stonehaven’s plans to convert an old schoolhouse into a mega-box store. At the top of that list is Arabella Carpenter, the outspoken owner of an antiques shop, who will do just about anything to preserve the integrity of the town’s historic Main Street.


But Arabella is not alone in her opposition. Before long, a vocal dissenter at a town hall meeting about the proposed project dies. A few days later, another body is discovered, and although both deaths are ruled accidental, Emily’s journalistic suspicions are aroused.


Putting her reporting skills to the ultimate test, Emily teams up with Arabella to discover the truth behind Stonehaven’s latest scheme—before the murderer strikes again. 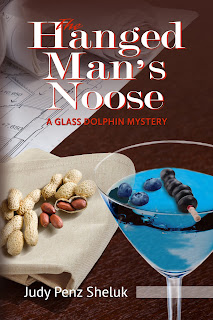 Excerpt from “The Hanged Man’s Noose”
Michelle reached into a drawer and pulled out a contract.


“First, Emily, we need you to agree to our terms and conditions, the usual confidentiality and exclusivity verbiage. I assure you, nothing sinister is behind the offer. We have only your best interests at heart. Of course, if you don’t want the gig, there are plenty of other writers who would jump at the opportunity. Kerri St. Amour, for example.”


Kerri say-no-more? They were comparing her to that backstabbing hack? Emily glanced at the numbers in front of her and thought hard. Get the goods on Stonehaven and get paid for the pleasure. There was enough money on the table to stop renting, put a down payment on a place of her own. Maybe take a few months off, write the historical romance she’d been dabbling with for years. It might be therapeutic to start over, go to a place where nobody knew her, a place where she wasn’t Kevin’s somewhat pathetic ex-fiancée. But was it all too good to be true? There had to be a catch. In her life, there was always a catch.


“HavenSent Developments is exploring a development opportunity in Lount’s Landing. Nothing unusual, though it is a bit far afield, even for someone as ruthless as Garrett Stonehaven. But our source tells us there’s more to Stonehaven’s latest plan than meets the eye. Much more.”


“The town has a monthly magazine, Inside the Landing. It’s a promotional glossy, similar to Urban Living, albeit on a much smaller scale, with stories about businesses in the community. Runs about forty pages, could be more if the ad revenue was there. It now falls under the Urban-Huntzberger umbrella. The previous owner had been ready to sell out and retire for some time.”


“You would be responsible for all the editorial content, make some much-needed improvements to the publication. In fact, we’d encourage it as part of your cover.”


Ah ha, catch number one. Part of my cover. Mind you, it did sound intriguing. “If I agree?”


“You’d move to Lount’s Landing. Get to know the town, the people, make some friends. Find out what Garrett Stonehaven’s up to. And write us an exclusive that will have Urban-Huntzberger’s stock market value skyrocketing higher than the latest GTA condo.”


Emily suspected this went way beyond a publisher trying to make money. What had Stonehaven done to warrant a Michelle Ellis sponsored witch-hunt? Who was Michelle’s source of information? She cursed herself for wanting to find out, when every instinct told her to run.


“Better you don’t know. That way you can observe everyone with the same degree of neutrality, although we have arranged for you to connect with a Johnny Porter. He’s the chairman of the Main Street Merchants’ Association. He seems keen to keep Inside the Landing operational, although that’s all he knows. It would be best for all concerned if you kept it that way.”


Emily nodded. It certainly sounded as though Urban-Huntzberger had everything covered. She wondered whether she should study the contract, contact a lawyer. Take a moment to decide whether this was the opportunity of a lifetime or an act of insanity. “How long do I have?”


“We need an answer ASAP. You’d move in by the end of the month, sooner if possible. The rental house has been recently renovated and is currently available.”


Michelle stood up. “Emily, you’ve been in this business long enough to know this kind of assignment doesn’t come along every day. Work with us. Get rich with us. And help us to expose Garrett Stonehaven for the lying, cheating, bastard we both know he is.”


Definitely more to this scenario than meets the eye. Emily pulled a gold-plated pen out of her handbag, a graduation gift from her mother a dozen years ago. She twirled it between her fingers, remembering how proud her mom had been, her daughter the first one in the family to go beyond high school. Remembered the way her mother had looked the last time Emily saw her, shell-shocked and shattered.

You can find Judy at:
www.judypenzsheluk.com, where she interviews other authors and blogs about the writing life.
Sign up for Judy’s quarterly newsletter at: http://eepurl.com/baabOX
www.facebook.com/JudyPenzSheluk
Twitter: @JudyPenzsheluk
www.pinterest.com/JudyPenzSheluk

Thanks Judy, for dropping by and sharing that great marketing tip.

Don’t forget to check back next week for another author’s tip or tweak.
Posted by darkwriter at 9:32 PM