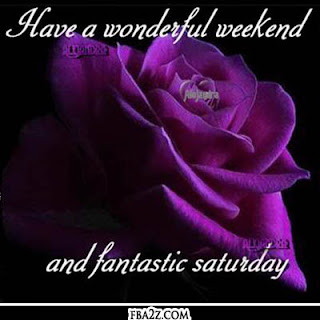 It's Saturday and I thought I'd do a quick post, then back to working in the garden.
My website has been updated; new contest, writing news and health tip. Drop by and sign up to win a book. http://www.beverleybateman.com/
I'm busy editing Target - still. I thought I'd post a snippet of a part that I have edited. Still has to go to the proof reader.


Granite cliffs beside the road displayed weathered and wrinkled faces, with deep craggy crevices caused by years of erosion. The occasional bush or pine tree clung to life on the side of the rock, their roots anchored in a small crack. Janna couldn’t see the top of the mountain. Its peak was probably lost in the deep blue sky.


The other side of the road sloped into flatter ground with large boulders scattered over the land, probably left by the retreating ice age. In the distance she could see the prairie, with its tall grass and tumbleweeds. An occasional burst of rosy-pink from early desert shooting stars, peeked out from the dry ground, brightened the landscape.


Overhead the sun appeared to be a small white ball, overpowered by the clear, azure blue sky that stretched for miles in all directions. You never got a sky like this is Seattle. This was special to Montana.


Janna realized how much she’d missed the rugged beauty of the country--not that she’d ever want to live out here in the desolation. Winters were the worst.


The vehicle listed to the left. Janna grabbed the steering wheel and pulled hard to the right.


She heard another ping. What the hell?


Someone had shot her back tire. Janna gripped the wheel to keep the vehicle on the road. She debated whether to try and outrun the shooter, wherever he was, or find cover. The windshield shattered as a third bullet entered the passenger side.


So much for out-running the shooter.


She scanned the area and spotted an outcropping of rocks a few feet ahead on her left. She aimed the vehicle in that direction.


Two more shots and both the back tires went down.


The vehicle reached the rocks and Janna ducked low behind the steering wheel. When the car stopped, she grabbed the keys from the ignition and her purse and dove out the door. Bullets bounced off the rocks behind her as she scrambled for cover.


Whoever it was serous. Anyone of the shots could have hit her.


Janna dropped to the ground, her back to the rock and curled up as tightly as possible. Her heart pounded in her ears; her breathing came in gasps. This was getting to be a habit, first someone tried to kill her in Seattle and now out in this god-forsaken country.


What the hell was going on? Why were they shooting at her? Was it the same person who had shot at her in Seattle? Who even knew she was coming here? Maybe it was someone just trying to rob a stranger.


Yeah right, be honest, Janna, does this road look like many strangers came this way? And if they did, would they have a lot to steal? And this person had selected a spot in the rocks where he would have a good shot at her vehicle. Coincidence? Not damn likely.


At least she’d worn boots and jeans--even if they were designer jeans. Now they were very dirty and so was her red sweater and jean jacket.


Another shot hit the rock behind her. She rolled over on to her stomach, shaded her eyes and squinted into the sun. He must be up on the cliffs straight ahead of her. She wasn’t sure, but she thought she might have glimpsed a light, maybe a reflection from a gun off his scope.


Terrific! Now what? Her gun was in her purse. She could fire back, but that would be a waste of bullets at this distance.


She yanked out her cell and punched in 911.


A pounding pulsed through the ground and came closer. Janna could feel the vibrations. It felt like horses. She glanced around, without raising her head, to see what was coming.


Suddenly there was a hand in front of her face.


The deep, rumbling voice was not asking. It was an order.


Janna grabbed the strong hand. In one smooth motion she swung up behind a man on his horse. Seconds later she had her hands wrapped around his well developed, muscular chest as the big chestnut thundered across the ground out of the bullets’ range.
Have a great weekend.

Posted by darkwriter at 3:12 PM