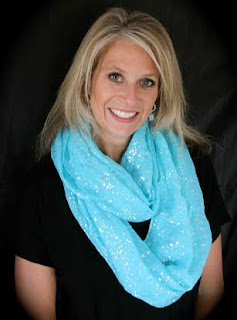 This week author Marianne Rice joins us with her tip. When she’s not working or shuffling her three children to their various sporting events, Marianne Rice hides in her room, turns on the music and writes small town contemporary romances.

Marianne’s Tip - Music to My Ears

I’m not a musical person. I can’t carry a tune (my mother is an opera singer—the talent has obviously skipped a generation), play an instrument, and don’t know the difference between treble and base. Or is it bass? Yes, I’m that musically ignorant. But I love to listen to music; it’s mood enhancing. Have you noticed how a song you’ve listened to for months can all of a sudden have a different meaning if you listen to it when you’re going through a tough time or are celebrating with friends?

When I’m writing I either like complete silence or music playing softly in the background. There are some writers who actually make a playlist for their books. Cool idea and I’m pretty sure I’ll be doing that with my next series, but usually I play around with the radio and set the station depending on the book I’m writing. I’m careful not to play it too loud or I find myself distracted or writing too many of the lyrics into my story.

I listened to classic rock when writing Connor McKay’s story in FALSE START (good pumping iron music for my retired NFL player) and played a variety while writing FALSE HOPE. Mason is more of a country boy, but Emma is all pop and party.

For FALSE IMPRESSIONS, my June 29th release, it was country music all the way. Ask me about country music four years ago and I would have grimaced. Ick. I’m a fashionista; I don’t do “country”. But then my husband made (yes, made) me listen to a country music station in the car while going on our family vacation. The kids moaned and plugged in their iPods. I gave it a shot. My husband loves songs with lyrics like, “Tequila makes her clothes fall off,” and “She thinks my tractor’s sexy.” (Hubby had just bought a small tractor that summer). The more I listened to the funny, romantic, and serious lyrics, the more I realized they’re the same stories and characters I like to write.

Small town romance and country music are synonymous. Well, in my books—literally and figuratively speaking.

Sexy men singing love songs. Songs about worshiping women, having some drinks, fishing, chilling, driving around, hanging out with ma. Yeah. I like me some country boys. And they really helped me create Cole Tucker. If he wasn’t a farmer/construction/handyman, he’d so be a country singer.

I love how country singers are chill, sexy, and know how to sing to a woman. *swoon* Country songs tell a story, and I’ve brainstormed some awesome book ideas listening to these sexy men.

Music can inspire your writing or simply help create the mood. What music do you listen to while you work? Or are you like me where it varies depending on what you’re doing? What song has a special meaning for you? I’d love to hear from you. 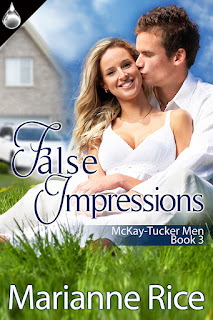 Shutting off the ignition, Sam dabbed her lips with tinted Chapstick and hopped out of her truck. Loud country music bellowed from the right side of the duplex. Something about tequila and clothes falling off. Not exactly the song she wanted to make her entrance with.


Her knocking didn’t stop the music or bring anyone to the door, so she turned the doorknob and let herself in, following the music, or rather the voice of the slightly off-key man singing along to the country song. Spotting the radio, Sam turned it down slightly and cleared her throat
“Hello?”
The singing stopped and a man emerged from around the corner. He paused midstride and stared. Mr. Tucker was not the bald, over-weight, wrinkled man she’d expected. It had been years since she felt any type of attraction toward a man. And this one, with dark coffee eyes and Patrick Dempsey dimples covered in a light scruff, did unfamiliar and unwanted things to her body.
“Did it hurt?”
“Did what hurt?” she asked, confused.
“When you fell out of heaven?”
Sam raised an eyebrow and chewed on the inside of her cheek, unsure of how exactly to answer. “It was a pretty big fall, but I made the landing.”
The man tipped his head back and laughed. “So what brings a pretty little lady around this grungy old worksite?”
Great. Already being talked down to. “We had an appointment.”
“We did?” He took off his ball cap and ran his arm across his forehead. “I’m pretty sure I’d remember setting up a date with you.”
“Mr. Tucker, I’m—”
“Cole. Mr. Tucker is my dad.” He turned his baseball cap around and put it on backward, giving him a boyish charm.
“Yes. Sorry. Cole, I’m Sam. You left a message on my phone to meet you here at nine.”
Cole looped his thumbs in the front of a pair of jeans that were worn and torn but fit him like a glove, and rocked back on his heels, studying her from head to toe and back again. She knew what he was thinking and wanted to ward off any doubt in her abilities. “I assure you, Mr. Tucker, that I am highly qualified. Probably more so than anyone else you have working on site. I’ve been doing electrical work since I was twelve—”
“Which was what, last year?”
“I may be petite, but I can carry my own.” Sam placed her hands on her hips and didn’t look away from his piercing stare. “I’ve been wiring homes for over fifteen years, I can fix any plumbing problem you throw my way, I can lift more than I weigh and know my way around any power tool you have. I understand your reluctance to hire someone like me … someone as little as me, but since your family name is so reputable in town, I assume you’re not the type to discriminate against women; so if you want to hire me on a trial basis, I would not object.” She folded her arms across her chest and cocked her head. He had a good ten inches on her, probably a foot, but she didn’t feel threatened.
The man squinted down at her and rubbed a hand across his jaw. “Okay, short stuff—”
“Sam.”
“Okay, Sam. We’ll give it a try. I have two more windows to put in upstairs and could use a hand. You ready to work?”
Sam looked at her watch and bit her lip. “I’ll give you an hour of free labor and then time to think about your decision.” She walked to the stairs and took two at a time, waiting for her new boss at the top. He looked reluctant but gestured to the back bedroom where she gave him the best hour of her life.
Buy Link
Check out the McKay-Tucker Men series here: amazon.com/author/mariannerice
Marianne would love to connect with you on"
Facebook http://www.facebook.com/MarianneRiceaut
Twitter https://twitter.com/mariannericeaut
Don’t forget to check back next week for another tip or tweak.
Posted by darkwriter at 10:15 PM