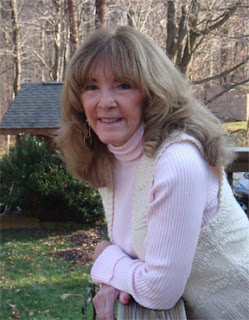 This week author Charmaine Gordon joins us with her tip. Charmaine worked as an actor and during the run of an Off-Broadway play, she had an idea for a story that wouldn’t let go. When the play ended, she wrote and wrote and continues to write.

Charmaine's Tip 0n Writing Conflict
Was anyone else born in the thirties or am I the oldest tomato in the basket of writers? Girls were taught to be good daughters, good wives and good mothers. That’s it, folks. Instead of tap dancing, singing and acting, my choice in life, I was OBEDIENT. No conflict with this daughter. My brothers got away with everything; I didn’t even try. A virgin when I married my sweetheart, pure through the years.


So what in the world does this have to do with writing, you ask. Listen carefully. I didn’t know about conflict, I never argued, my husband and I got along so well. An actor for many years after he died and we already lived in NYC, my lovely voice was stricken with spasmodic dysphonia. Bye, bye to the sweet time of working with actors of note and directors who showed me the way to move. Creative juices still flowed and I decided to attempt to write.


With no training, yet filled with life’s experience so rich, I actually had the guts to write a whole book. In the beginning, I showed a few chapters to a writer. She said, “Where’s the conflict? This reads like a Disney story.” I went home thinking conflict, what the heck is that? And recalled my early family, arguing about this and that and realized I lived in conflict but never participated in it. Like a friendly country next to one at war. And then I rewrote my story.


“To Be Continued” is the name of my first book, optioned for a television movie. A publisher responded to my query and we’ve been together for five years now. I write Romance Suspense, Mature stories where “it isn’t over ‘til it’s over,” novels, novellas and long/short stories. I’m 84 and loving my life, married again to a good sweet man. 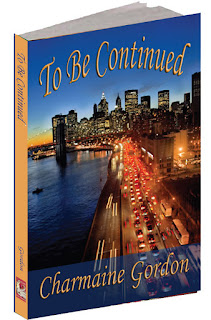 Excerpt from “To Be Continued”

Sun sneaked through blinds.  Eyes shut tight.  Not quite ready to open.


Beth Malone wanted to revel in memories of the great sex she and Frank, her husband of forty years, had last night.  At his insistence, for God’s sake.  She practically had to seduce him before they did it anymore; was on the verge of suggesting those little blue pills the girls talked about, when out of nowhere he became amorous.  And it was great.  No. . .wonderful.  No. . .Fan—fargin’—tastic!


Fingers crept along the sheets searching for her mate.  They groped to where Frank could be found most early mornings except on golf days or scheduled surgery.  She touched the edge of  his pillow but no Frank.


Turning her head, she called his name.  At the same time she saw an envelope lying on top of the pillow. Never like Frank to leave a note but how sweet is this?  A smile tugged at the corners of her mouth and she sat up.  The sheet slipped down and there she was. Naked.  Betty, you’re such a slut. Where oh where is your nightie, you naughty girl.  A heap of green satin lay on the floor next to the bed, evidence of last night’s pleasure.


With care, one long polished nail sliced through the envelope.  The nail snagged on an edge and broke.  “Shit.”  Nothing was going to spoil the moment because this was the first letter from Frank in all the years of togetherness and she planned to keep it.  She withdrew the letter.


Stumbling off the bed, letter clutched in her hand, she groped for reading glasses, found them, dropped them, on hands and knees patting the carpet, found them again.  Naked on the floor, she read:


Dear Lizzie, It’s not you.  It’s me.  I have been uncomfortable in my own skin for a long time and have decided I must make a change in my life.  I sold my half of the practice to George. You, dear Liz, are well taken care of.  Call Bruce Bradley.  He has all the papers, investments, everything you will need to live in comfort. The house is yours. Last but not least, I signed my portion of divorce papers so whenever you want to, sign yours. Bruce will take care of it.”


Betty leapt up—made it to the toilet and retched.  Foul taste in her mouth, she returned to the bedroom and stared down at the despicable letter.  “Oh God.  What am I going to do?” No answer in the silent room.  “Divorce,” Betty shouted to the empty house.  “People like us, we don’t divorce, you stupid ..” Tears streaming, she pounded her chest with the letter, crumpled it into a ball and flung it across the room.


Thanks Charmaine, for dropping by and sharing that writing tip.
Don’t forget to check back next week for another tip or tweak.
Posted by darkwriter at 10:50 PM