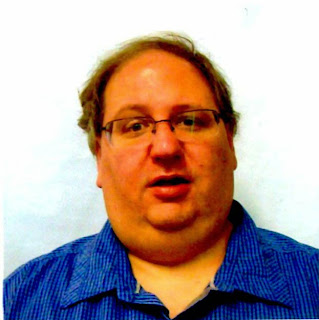 This week author James J.J. DiBenedetto joins us with his writing tip. James enjoys suspending disbelief with suspenseful paranormal tales that are a perfect blend of reality meets fantasy.
James Tip on Writing - Start at the End
As a writer who definitely doesn’t outline or plot out my books in detail before I start writing them, one thing that’s helped me quite a bit is simply giving myself the freedom to jump ahead and write the ending first.


Even when I have no idea what the book is going to be about, sometimes I have a very clear vision for how the climactic scene will play out, and writing that scene first does two things for me.  First, it gives me a goal to work towards.  Knowing that I have somewhere to go, even if I have no idea what road I’ll take to get there, is a big motivational thing.  And, second, once I have the climax, it often gives me ideas to figure out what the story needs to be in order to end up there.


My latest book, Fever Dream (out this Friday!) is a perfect example.  These are the first words I wrote for the book:


The deputy taking me doesn’t speak the entire time, and I don’t look up at him.  What would be the point?  He’ll only have the same dead, empty eyes the rest of them do.  There won’t be any compassion for me, or even recognition that I’m a fellow human being.


Because I’m not one.  I’m just a prisoner, and that’s all I’m ever going to be from now on.  We’re back at – I guess it’s the holding cell.  He opens the door, and then removes my handcuffs and gives me a hard shove.  I barely keep my feet, and before I can even turn around, the door is slammed shut, locking with a click that keeps echoing in my mind, over and over…


“Mom!  Mom!”  Stephanie is shouting at me.  What’s she doing here, in jail?  She’s just a toddler, not even two years old yet!  Why would they put her in…?  Did Brian bring her to visit me?  To see me locked up like an animal, trapped in this cage I’m not going to leave until my trial next…


Oh, God, I’m in the car!  I’m driving – I’ve been driving, obviously for a while, because I don’t recognize anything I can see outside.  And – Stephanie is with me.  We were – that’s right.   Visiting Aunt Mindy.  And then I got a call.  It was Megan, back at the hospital.  She said that the police were there, looking for me.  And – and then I went back.


“Mom!”  She’s still shouting at me.  How long have we been driving?  How long has she been shouting at me?  I can’t even imagine what she’s thinking.  My daughter – how could I freak out this way when I’m supposed to be taking care of her?  I take a deep breath, then another and then a third, and I glance over to her.  From her look of surprise, obviously it’s been a while since I’ve reacted to her.


The first two paragraphs, in italics, are a flashback.  Sara, my heroine, is reliving something that happened to her way back in the fourth book of the series, when she was wrongfully arrested and suffered a traumatic experience during her brief stay in jail.  Then she comes back to her senses and realizes where she is: in the car, driving somewhere, with her ten-year-old daughter screaming at her to stop. 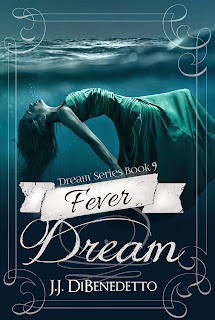 The excerpt from "Fever Dream" is included in the writing tip above.
BUY LINKS:
Fever Dream will be released on Friday, May 22nd, but it is available for pre-order now, at:
Amazon(Kindle or Paperback)
SmashwordsBarnes & Noble (Nook or Paperback)
Apple iBookStore
Kobo

Thanks, James  for dropping by and sharing that great writing tip with us.
Don't forget to check back next Tuesday for another tip or tweak.