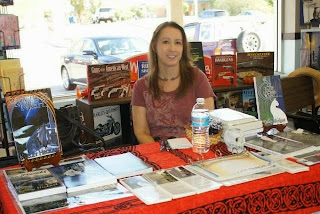 This week author Kelley Heckart joins us with her tip. Kelley Heckart’s stories are steeped in myth and magic, filled with fierce warriors, bold women, otherworldly creatures, and romance.


Kelley’s Tip on Deepening the POV


Deepening the POV (Point of View) in a story can bring readers closer to the characters and draw them into the story. This is especially important in a romance novel where readers expect to feel the same emotions as the hero and heroine who are falling in love.


By eliminating most telling phrases like ‘she/he knew,’ ‘she/he felt,’ ‘she/he heard,’ ‘she/he wondered or ‘she/he thought’ can be helpful in deepening the POV. For example, instead of writing, ‘She wondered why he always showed up late,’ use this: ‘Why did he always show up late?’ or instead of writing, ‘He felt her hand slide up his back,’ use this: ‘Her hand slid up his back, causing him a pleasant shiver.’ Notice I said “eliminating most.” Sometimes these phrases are necessary and there is nothing wrong with using them. The key is to know when and when not to use them.


Another technique when writing in one POV at a time is to write observations and descriptions only that character would notice and point out. For example:  The hero notices the heroine for the first time and she is wearing a tight red dress designed by some popular designer. A man, unless he is a designer or gay, probably won’t notice or care who designed the dress or any details other than how it enhances her body.


Men in general are also less introspective than women. They show more through their actions. Their inner thoughts would probably be short and sometimes this is also true of their dialogue. Also, while women react with tears, men usually respond with anger. These are just general guidelines since not all men and women are stereotypical in their emotions, but this is a good place to start when deepening character POVs.


These techniques not only help to deepen the POV, but they are also helpful aids for showing rather than telling. 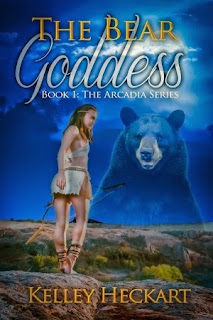 Excerpt from “The Bear Goddess:”


He should have killed her, but his bronze dagger was powerless against such a being. Only silver could kill a nymph. As soon as he distracted the boar, the giant beast would go after her. That boar with its silver-tipped tusks had been created to kill a nymph.


She opened her eyes and stared outside the opening.


A sudden realization about nymphs came to him. “Why am I being used as bait when you can change into a bird and fly to your spear?”


Her lips tightened. Had she thought he was so stupid he couldn’t tell she was a nymph?


“Not that it is any of your business, but in this instance I cannot use magic.”


He raised one eyebrow. “Why even have such magic when you cannot use it when you need it most?”


She sent him a disapproving look. “You do not have to distract the boar if it frightens you.”


He bristled. “It does not frighten me in the least. In fact, I find it quite a thrill.” Bending, he grabbed a couple of fist-sized rocks, straightened, and looked to Callisto for the signal, unable to believe he was taking orders from a nymph.


She unsheathed her dagger, her eyes taking on a serious, determined look that oddly excited him. “I am ready.”


They exchanged quick, encouraging smiles, like the ones shared between him and his companions before a dangerous hunt or battle. In that moment, he sensed an unexpected bond between them, slight though it was.


He stepped through the opening, hoping the gods smiled upon him, and made a silent promise to give them a generous offering later.


Moving at a deliberate pace, he waited for the boar to see him. Gods, the creature was huge, about the size of a bear. He made sure to walk toward the forest, away from the cave.


The boar looked at him and lowered its head, snorting, a stance Kasin was familiar with. He took a deep breath to calm his racing heart. To make sure the boar would chase him, he threw the rocks in a quick succession, hitting the beast.


Letting out a ferocious snort, the boar charged.
Buy Links:


Thanks Kelley, for dropping by and sharing that great marketing tip.


Don’t forget to check back next week for another tip or tweak.
Posted by darkwriter at 11:42 PM