This week author Ruth A. Casie joins us with her tip. Ruth writes about strong women and the men who deserve them.


I remember the first draft of my first story. I eagerly read it at literary group meeting to three well published authors. I had worked hard on the story especially the opening. I saw it as a movie. The first thing I see in a movie is the setting. So, I diligently, and meticulously, described the scene.
Are you laughing? It wasn’t close to ‘it was a dark and stormy night’ but it didn’t belong as the opening. They loved the description. They told me to save it for someplace else but to come up with something more compelling.
I asked them what would be compelling. Action? Conflict? Inciting incident? I was told to make sure you connect with the audience, establish your unique voice. I was taking notes so fast that when I got home I could hardly read my own handwriting. After a lot of thought I replaced the opening with a fight scene.
I’ve just released my seventh story. Again the first page took a lot of thought and planning. In this story there isn’t any fight scene until the end of the story. I knew that it was the first page that grabbed the reader. Many times it’s the first sentence. Here some things to consider for your first page:
·         Make certain you protagonist connects with the reader with an opening hook.
·         Make certain you introduce the main character in opening
·         Start your story at a turning point or right before. You want the reader to see what’s changing.
·         Establish the setting (not go on like I did *smile*) and time period.
·         Establish your unique voice.
·         Give some indication of the character’s motivation.
·         Begin with the present action, not back story.
For the opening of my new release, KNIGHT OF RAPTURE, I chose… well instead of telling you, here it is for you to read.
September 22, 1605 — Early Morning
Visions of his warm bed and even warmer wife lit Lord Arik’s face. A deep, rich chuckle rumbled in his chest at the vivid images of how he’d wake Rebeka.
Who would have thought the great druid Grand Master was a besotted bridegroom? The summer had been warm and all the sweeter with Rebeka by his side.
He stood on the open terrace at the back of the manor, surveyed his domain and swelled with pride. Fayne Manor was a thriving estate that had been the family home for eleven centuries and it would stand for eleven more.
While he waited for the sun to rise, he prepared for the ritual. He took off his linen shirt and braced himself for the crisp September air. The morning breeze stirred, sending the red and orange leaves racing across the garden, twisting and tumbling like rowdy children at play.
Out of the corner of his eye he sensed movement but nothing was there. It sobered him. The Shade, an otherworldly thing, was an old acquaintance begging for an audience. Like an old woman with aches and pains predicting bad weather, the Shade’s shadow warned him of trouble. What did it bring this time? He had learned long ago to listen to it. The warning was accurate, most of the time. He glanced at the manor door. A little longer. He wanted more time to love her before he began her training. Dark Magick. Faith. She wouldn’t be the same when they were done. He didn’t want any changes. She was fine the way she was.
***
In five paragraphs (on most devices this is the first page), I’ve… 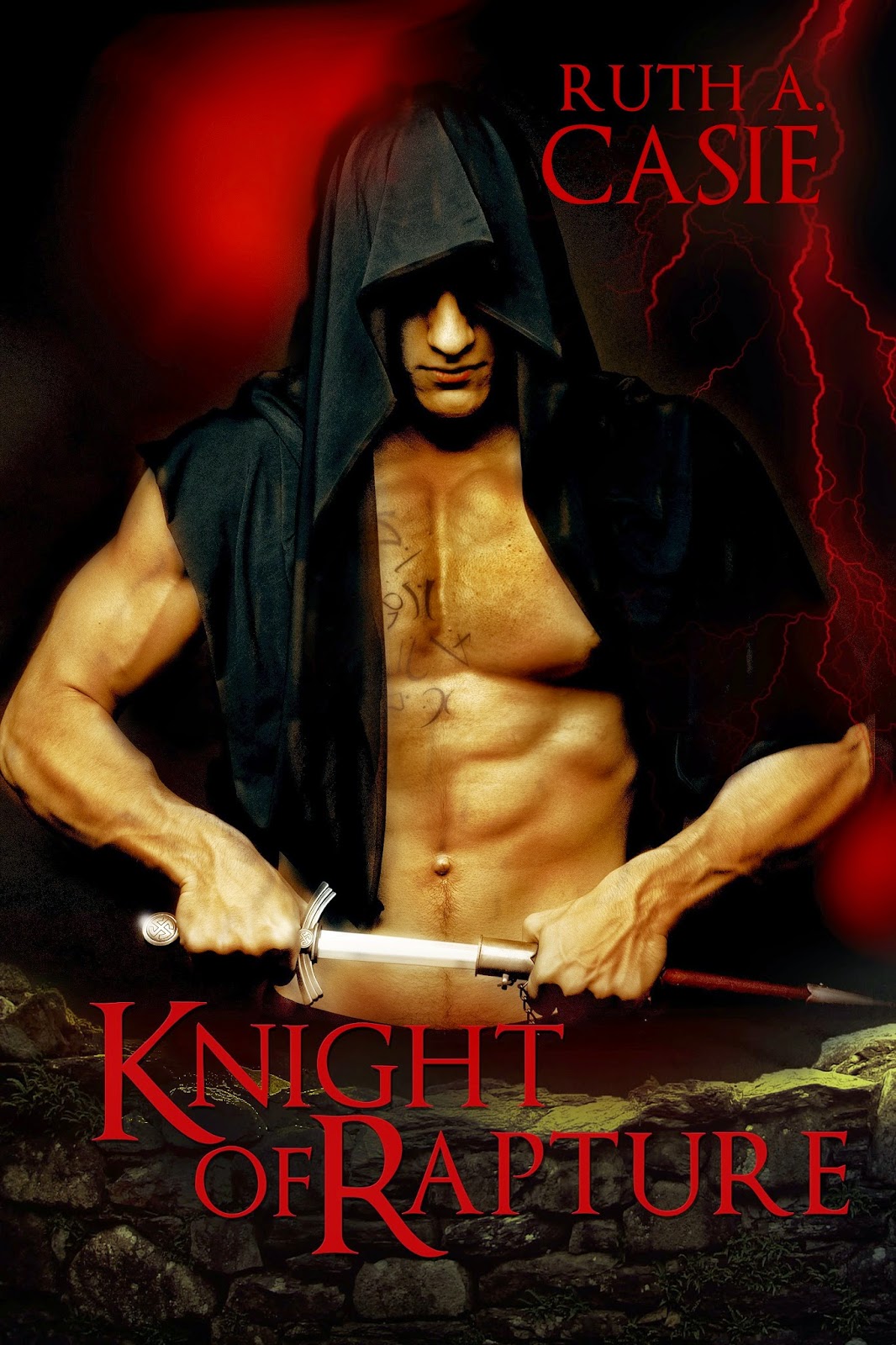 Excerpt from “KNIGHT OF RAPTURE”

The aroma of fresh baked bread wafted up to the manor and drew Rebeka into the village. Happy and content, she leaned against a table in the market square, eating the last bite of the warm crusty bread slathered with sweet creamy butter.
“You approve?” Mary’s voice grabbed her attention. “You told me you were eager to see everyone.” Rebeka had a special place in her heart for Mary.


Thanks Ruth, for dropping by and sharing that great writing tip.
Don’t forget to check back next week for another tip or tweak.
Posted by darkwriter at 11:44 PM