What's News in Writing this Week 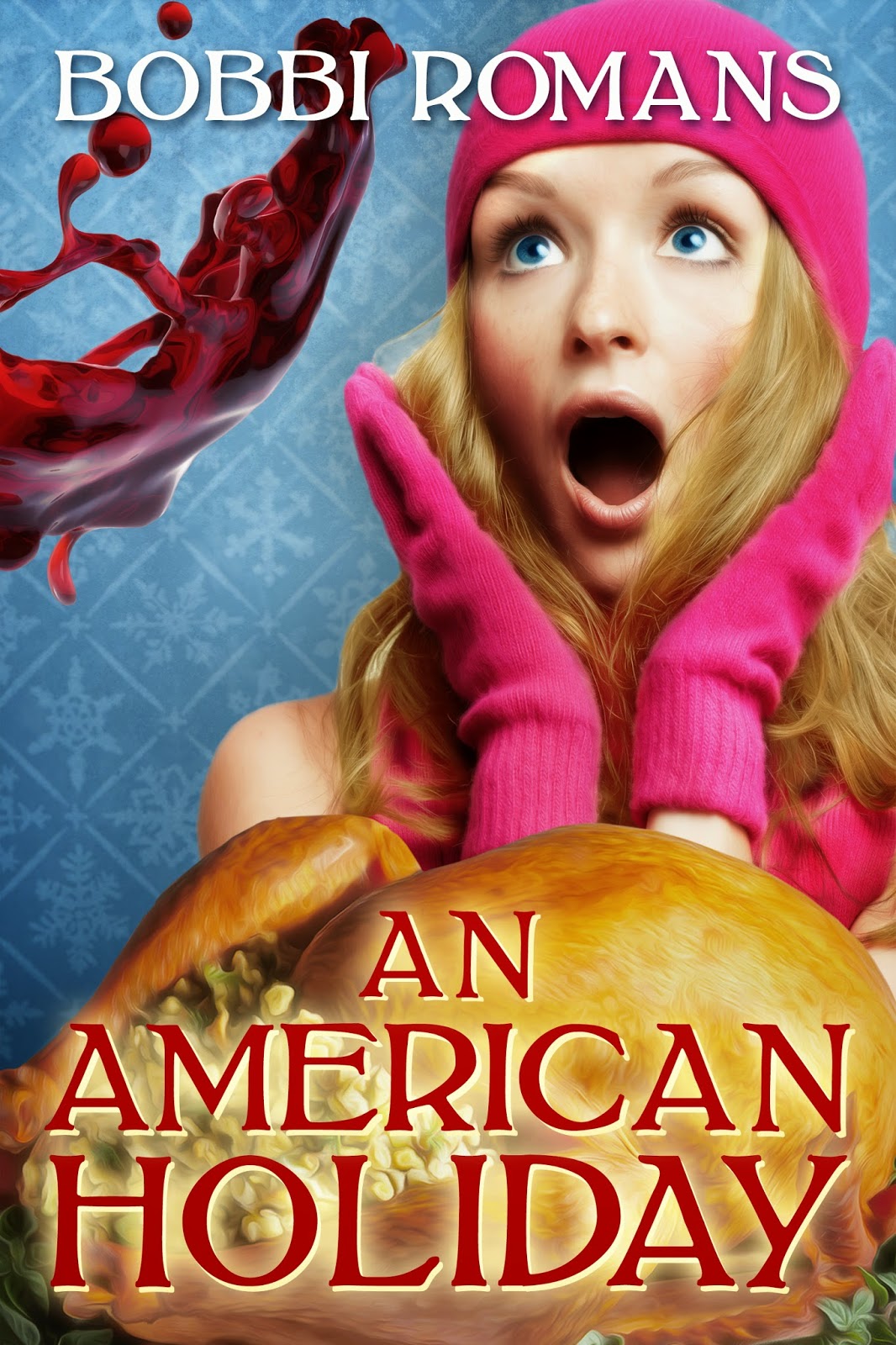 Blurb:
Ahh, Thanksgiving… complete with ghosts of holidays past. Those being humiliating memories of last year's revelry gone wild: jail cells, a tattoo and rose left on Kristi James pillow by someone she can't remember.

Toss in two brothers who, while loving, had needled her with vivid imagery on what might have happened during that fateful rendezvous at the local HoJo's. Seriously, what's a girl to do? She'd run like hell from Harpers Ferry back to her apartment and job in Alexandria.
She's praying this year's holiday ends a bit more traditional. But between exploding turkey's, cranberry fights, and the winter storm threatening to lock them all together for God only knew how long, she's fairly certain her Norman Rockwell hopes have flown the coop.
Adding another layer to this casserole of disaster, the high school boyfriend—who'd cheated on her two days before prom—returns, claiming to have made a horrid mistake all those years prior.
Amid all this, what has her heart flip-flopping is catching her best friend Simon getting cozy with his latest girlfriend.
Thing is, she isn't sure why its bothering her so badly.
Sometimes it takes coming home again... to discover how lost we’ve really been.
Buy Link for An American Holiday: http://www.amazon.com/American-Holiday-Bobbi-Romans-ebook/dp/B00ODC88HI/ref=sr_1_14?ie=UTF8&qid=1413424073&sr=8-14&keywords=An+American+Holiday
*Available in BOTH Ebook & Print* 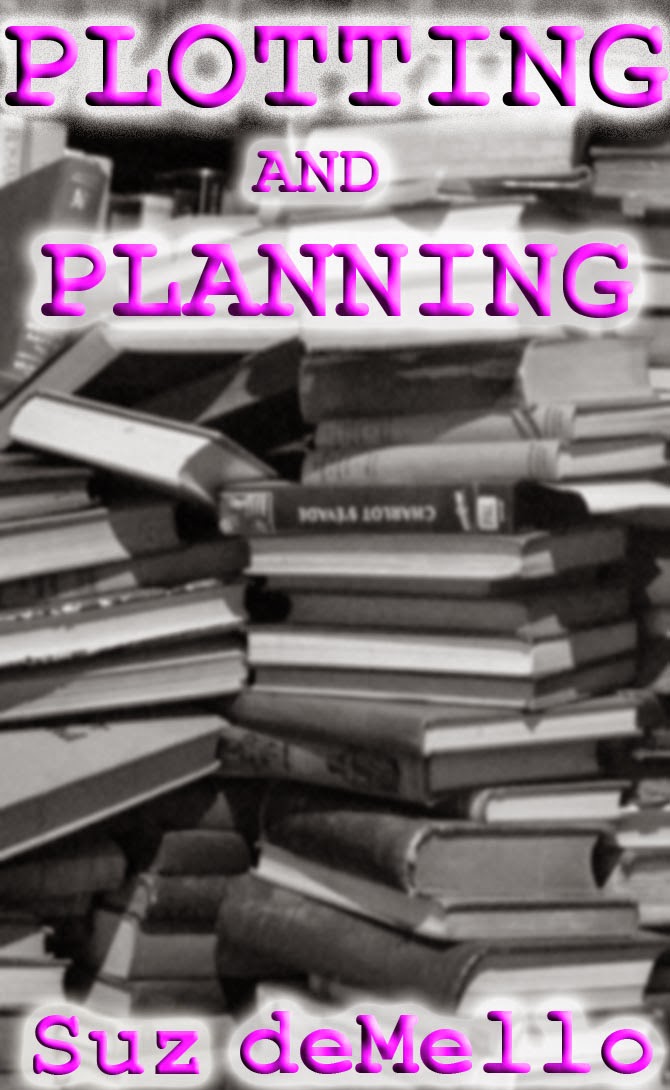 Another engaging, witty writing primer from Suz deMello, whose Write This, Not That! was an Amazon bestseller. Plotting, point of view, character creation, conflict and much more are examined in this brief but pithy writing manual.  A must for the serious writer who wants the basics without boredom.
Excerpt:
How does an author write a book?
Unfortunately for aspiring authors, this is not an easy question to answer. It's tantamount to asking, Where do authors get their ideas? which, believe me, is our least favorite question. I often tell people I get them at Sears—they're sold by the dozen in the basement between the barbecues and the bikes.
In reality, I get my ideas from almost anywhere. Maybe a magazine article about a place or event. Perhaps someone I meet or something a person says may trigger a train of thought that will eventually lead to a book. Maybe travel to someplace new ignites the creative spark that will inspire me.
Here's a better question: What are the building blocks of plot and story?
Buy Links: http://tinyurl.com/deMelloPlotting
3. Something a little different. 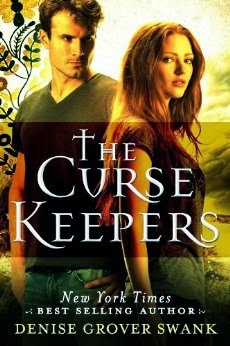 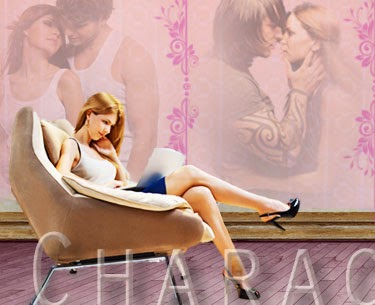 Brad Pitt and Angelina Jolie in the action-packed movie “Mr. and Mrs. Smith” are a husband and wife who don’t know each other are assassins. The movie opens with these two sitting in front of a therapist, squirming with discomfort. We guess this is as much from the possibility of having to bare their souls—something an assassin can’t do—as from the idea of talking about a marriage that has obviously been filled with lies. Either way, it’s going to be entertaining. And, oh, yes, the therapist kicks off the session with a bang.
“How often do you have sex?” he asks.
“I don’t understand the question,” Angelina Jolie returns, dead-pan.
“Is this on a scale of 1 to 10?” Brad puts in.
“So is 1 very little,” Angelina continues, “or is 1 nothing? Because, technically speaking…zero would be nothing.”
So it seems that Brad and Angelina haven’t been having sex for a while.
We can hardly believe it.
The episode is funny, touching, and intriguing, which is exactly the tone of my reader-focused website, The Character Couch (www.charactercouch.com), where fans can suggest their favorite romance couple to be brought into a lively therapy session. Yes, this is therapy, but these sessions are anything but angst-ridden. They are written in the same spirit as “Mr. and Mrs. Smith,” drawing us in to be a fly on the wall and sneak a peek at something we normally wouldn’t be able to see.
Will there be amusing bantering in these sessions, a sense of firm, quiet resolve, poignancy? Sure. All of it. Every session is different, but always attention-grabbing.
Don’t you find that the best books always stick with you long after you’ve turned the last page, leaving you hungry for more? I know I go crazy waiting for the next novel in a series to come out, and I figured other readers felt the same. So I came up with an idea that would combine my two loves—of doing therapy and writing romance—in a way that would provide innovative, free entertainment for fans.
Today, I share about my unique endeavor.
What could we expect to see if you had “Mr. and Mrs. Smith” on The Character Couch?
LOL. Well, I think first you’d see the therapist secretly getting moon-eyed over Brad Pitt! And could we blame her?
I’ve had so much fun creating Therapist Regan Malloy. I’ve already morphed her to fit a multitude of romance sub-genres. She’s been a French ex-pat from a time travel romance, a bespeckled Brit from a contemporary romance, a saloon mistress in America’s old west, a wizened crone facing down a couple of vampires, and more.
I also think it’s interesting to have Regan bring her own struggles into the session, whether that’s fear or uncertainty, confusion about her clients, or maybe just a verbal blunder of some sort. Each month the therapist is as different as her clients.
It’s all about keeping the site dynamic and entertaining!
That does sound like a great deal of fun for readers.
Oh, definitely. I always pose questions at the end of the session, too, because fan involvement adds an extra layer of enjoyment to the experience. Readers get a chance to join the “analysis” and tell me and the participating author what they think. This month for New York Times Bestselling author Denise Grover Swank’s New Adult romance, THE CURSE KEEPERS, the hero and heroine are mired down by a lot of guilt, so the discussion has centered around how these two can get past that to have a relationship. I’m impressed at how thought-provoking and insightful people’s comments can be.
It’s a fantastic time.
It seems that this site also benefits authors.
Without question.
Readers want a more in-depth look at their favorite characters and authors want an innovative way to talk about their books, so The Character Couch is fun for everyone.
This month Denise Grover Swank launched the third book in her Curse Keepers trilogy, THE CURSE DEFIERS, so it was a great time for her to be discussing a book in this series.
The procedure for readers to nominate their favorite books is very user-friendly, too: people can just click on the “Suggest A Book” icon in the side bar of the site and input their choice.
Make a suggestion this month, in fact, through the Rafflecopter on site, and you’ll earn a chance to win one of Denise’s Curse Keepers books!
How does a session typically end?
Oh, there isn’t a “typical” with these sessions, except that the happily ever after is always assured. Every month it’s a new journey, and you never know at what point you might laugh or get a clench of emotion in your chest. Or where a surprise might pop out at you.
Like the ending of “Mr. and Mrs. Smith.”
During the course of the movie, Brad Pitt and Angelina Jolie have discovered that each other are assassins. With the truth out, there’s hope for their marriage now. They end up in front of the therapist again, recapping, still spouting off to each other, but in a way that makes us chuckle; we know they’re going to be okay. The therapist seems to agree, talking about how marriage takes work, but—
Brad interrupts to say, “Ask us the ‘how many times did you have sex this week?’ question again.”
“John,” Angelina Jolie scolds quietly, while Brad Pitt proudly flashes ten fingers outside of Angelina’s sight lines.
Oh, yes, expect fun surprises!
**DON’T MISS THE NEXT SESSION. Sign up to be notified! http://www.charactercouch.com/subscribe.html
*          *          * 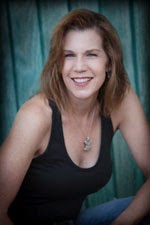 Tracy Tappan is the award-winning author of gritty romance, her
books spanning genres across paranormal  (The Community series), military suspense (The Wings of Gold series), and Historical (The Baron’s War trilogy). During nearly twenty-five years spent as a military wife, she lived all over the United States and in Europe, enjoying seven years overseas in the diplomatic community, first in Rome then in Madrid, until she settled back in San Diego. Tracy holds a master’s degree in Marriage, Family, and Child Counseling, and has used this background to create a fan-based website called The Character Couch, where romance’s favorite couples are brought into a fun session with therapist, Regan Malloy. Her debut paranormal novel, THE BLOODLINE WAR, is a Bronze Medal winner for romance of the prestigious Independent Publishers Book Award (IPPY).

Posted by darkwriter at 9:23 PM