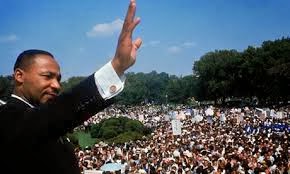 I’ve posted several holidays, and from the Canadian view. We don’t have another holiday until Easter, although we do celebrate Valentine’s Day. So I’m giving the Americans equal time with their special days, from a Canadian’s perspective. The next one, on Monday, January 20th is Martin Luther King, Jr. Day. It is an American federal holiday marking the birthday of Martin Luther King, Jr. So back I went to Wikipedia to find out the information.

Martin Luther King, Jr was born Michael King, January 15, 1929. His father changed his name in honor of the German reformer, Martin Luther. Martin Luther King was an American Baptist minister, activist and leader in the African-American Civil Rights Movement. He’s best known for the advancement of civil rights. Based on his beliefs as a Christian minister he promoted nonviolent civil disobedience.  He died April 4th, 1968.

Martin Luther King, Jr Day is held the third Monday of January each year, around his birthday.

The campaign for a federal holiday in King’s honor began shortly after his assassination. President Reagan signed it into law in 1983 and it was first observed in 1986. It was officially observed in all 50 states for the first time in 2000.


Faith is taking the first step even when you don’t see the whole staircase.
Martin Luther King, Jr.
Comments welcome - and Happy Martin Luther King Jr. Day everyone.
Posted by darkwriter at 1:05 PM