Our guest author today is Vijaya Schartz, who is going to share some tidbits about the writing of her book that no one knows--until today.

Born in France, award-winning author Vijaya Schartz never conformed to anything and could never refuse a challenge. She likes action and exotic settings, in life and on the page. She traveled the world and claims she also travels through time, and feels just as comfortable in the future as in the far past. Her novels collected many five star reviews and literary awards. She will make you believe you actually lived these extraordinary adventures among her characters. Find out more at: http://www.vijayaschartz.com

"Phenomenal world building, characters the readers care about, and an intriguing mystery... all the elements one expects from a Vijaya Schartz story! Easily recommended!" Debbie - CK2sKwipsandKritique

So, go ahead, dare to experience the magic, and her compelling stories will keep you entranced, turning the pages until the last line. 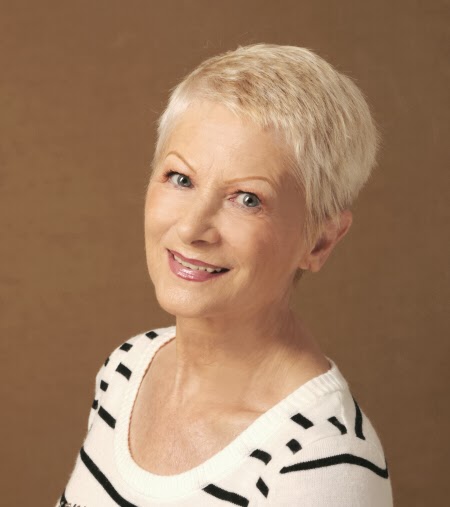 Nowadays, I think in terms or series rather than individual books, as my ideas tend to spread that way. Today, I’ll tell you 5 secrets about the CHRONICLES OF KASSOUK series, which includes: NOAH’S ARK - WHITE TIGER - RED LEOPARD - BLACK JAGUAR - BLUE LIONESS... and SNOW CHEETAH to come out November 1, 2014.


WHITE TIGER
Secret #1:
This entire series started as a short story. Since I had problems writing short, I decided to do it as an exercise for a writing class I was taking at the time. That short story later developed into book one in the series: WHITE TIGER

Secret #2:
The working title for that initial short story was: “The Snows of Kassouk.”
To increase the challenge of writing short, I picked a setting that made me very uncomfortable. I live in Arizona, lived in India and Hawaii, and love the tropics and the heat, so the theme for that story was cold and snow. The fortress of Kassouk is on a frozen planet. Of course, there are ways to warm it up in places. Alien technology, etc. So it’s not just about snow. But snow and cold are defining factors in the development of this particular world and society.

Secret #3:
The first book was written as a single title, just one story that was it.
After I finished the class and continued writing that story, it quickly developed into a full length novel. Later, I found a publisher for it. When White Tiger first came out from a defunct publisher which I shall not name, I was finished, done, and I moved on to creating different stories in different worlds, with different characters.

Secret #5:
in 2009, White Tiger was given a second chance and became a series with Desert Breeze Publishing. When I sent White Tiger to a new publisher, who was familiar with the award-winning novel and wanted to publish it, they rejected my other back titles (too racy for their lines). They just loved that particular book and the world I created for it. In a strike of genius, I said: “If you want more of the same, I can base an entire series on that world.” They loved the idea, asked me for two more book titles, a series title, and sent me a three-book contract. Now there are five books in the series, and the sixth and last one to be published in November. 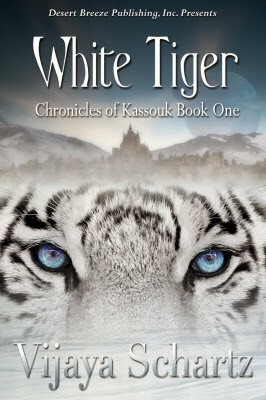 Blurb from White Tiger.
On the frozen planet of Kassouk, where a few aliens rule as deities on a medieval Human world, Tora -- a Human warrior trained by tigers -- seeks her father's murderer. But what she finds at the point of her sword confuses her. How dare Dragomir, the handsome Mutant, question her bloodline and her loyalties? And could a new enemy control the savage hordes of the fringe?

Dragomir offers to help, but Humans and Mutants are forbidden to fraternize under penalty of death... Should Tora trust her mind, her instincts, or her heart?

In the vortex of war, treason and intrigue... among blizzards, avalanches and ambushes... will Tora solve the mystery of her father's death and unveil the secret of her birth? Can she and Dragomir escape persecutions long enough to save their planet from the invaders and fulfill their destiny?

Thanks for checking out Vijaya and her secrets. If you have any comments or questions, let us know. Vijaya will be around to answer your questions.
And don’t forget to check back next Thursday to find out even more author's secrets.