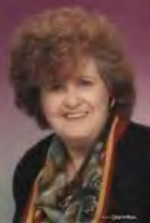 Janet lane Walters was born in Wilkensburg, Pa July 17, 1936 reported to be the hottest day of the summer. She has been a published author since 1968 beginning with short stories and moving into novels when an editor told her a short story sounded like a synopsis for a novel. In the 197os and 1980s she published 4 sweet nurse romance novels. Then she returned to school to earn a BS in Nursing and a BA in English. Returning to work as a nurse to help put four children through college she put her writing career on hold. In 1993 she retired from nursing and began writing again. A new nurse romance followed in print. Then she discovered electronic publishing and since 1998 has been electronically published.

Janet calls herself an eclectic writer since she moved from genre to genre. There are mysteries featuring Katheine Miller a former nurse who seems to stumble over bodies wherever she goes. Using her interest in Astrology, she ahs several series that use Astrology as a premise for the stories. Once she earned enough money to travel to Ireland by casting charts for people. She has many books in the romance genre, some of them are contemporary and are nurse romance, others fall into the fantasy or paranormal forms of romance. Interested in reincarnation, she has used this as a jumping point for at least two novels. Two of her novels deal with alternate worlds using a love affair with Ancient Egypt.

Under her other name J.L. Walters she has written a YA fantasy series called Affinities. She has also written a non-fiction book when her co-author Jane Toombs that won the EPIC Award in 2003 for best Non-fiction. During her career she has received other awards and has a number of great reviews.

Besides her four adult children, she has seven grandchildren. Five of them are the models for the YA series. The other two arrived too late to play a large role in the series. Four of her grandchildren are bi-racial and 3 are chinese so the eclectic even invades her family. She has been married to the same man for more than 50 years. He's a psychiatrist who refuses to cure her obsession for writing.


A funny thing happened on my way to publish my first novel. I had sent a short story to an editor who had purchased several others. Her response set me off to do some research. "Your story sounds like the synopsis for a novel." I had mastered short stories and had no intention of writing a novel. Two things intervened. The short story market was dwindling with fewer magazines printing short stories. The second was the challenge. Could I write a novel? My short stories were short between two thousand and five thousand words. A novel was a lot longer. I went to the library and took out every book I could find about writing novels and sat down to read. The first bit of advice was "Write what you know." Though the short story had been a mystery, I felt writing one was too complicated, so I looked for another idea. I knew about nurses, doctors and hospitals. I also knew romance might be something to try so I sat down and planned and plotted. Pages of character development. Searching for the perfect settings. Visiting a small town to get a feel for the location.


Finally, New Nurse In Town was born. The heroine needed to get away. She had caught her fiancé in bed with another woman. Though he tried to assure her this meant nothing, she was crushed, and she runs to the town where her brother lives. There she meets the local doctor and applies for a job at the clinic. I began the book in 1969 and felt confident that I had written a great book. Weren't my short stories bought almost as soon as they were written. Wrong. But I learned. The book was finally published in 1972. There may be copies, other than the ones on my shelf, floating around.


As you can see, I've been published for a long time. Fifty years ago, things were different from today. At the time I began, both magazine and book publishers abounded. Then the short story market dried up, unless you wrote literary stories and could be published by a university press. When I began submitting my novels, there were dozens of book publishers. Some only published hard cover books and the others published paperbacks.  Now the number has dwindled and changed. There are print only, print and eBook, publishers and eBook only. When I began, there was something that really helped me hone my writing skills. The editors wanted the whole manuscript. The editors often made comments all over your manuscript or put words of advice in the rejection letter. New Nurse in Town was rejected many times, but the comments came back, such as "Your characters are acting in vacuum." "Your characters sound the same. Where are their voices?" There's a weakness in your plot line." "Revise, revise, revise." All of these suggestions helped immensely and finally the first book became published. A version was published in England and it was also serialized in a newspaper. All in all, these past 50 years have been an adventure, alone, with friends and with the characters in my books. 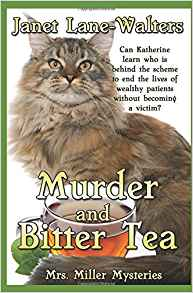