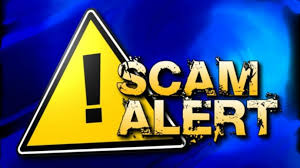 My husband experienced a scam I hadn't heard of so I thought I'd share info about it in case it happened to any of you.

He turned on his computer and a loud voice said "Your computer has been locked and blocked. Do not turn it off or you could be exposed to id fraud and virus. Call this number right away.
He immediately called that number and someone answered and helped him unlock the computer and explained that he had been hacked and about the number of virus that had infected the computer, but they would clean it up for him. However he had to purchase one of three plans, immediately before they could start work. The plans were 1-2 and lifetime and went from $400 - $700. It was with American Geek.
I told my husband to tell them no and hang up, and searched American Geek and it immediately came up tech scam.

Here's some of the information it said.

One easy way to quickly detect a Windows tech support scam is to look at the domain name that appears in the address bar of your browser. If you're being told that Microsoft has found a problem on your computer and the address says something confusing like originifitsnormalpro.xys, you can be pretty sure someone's trying to scam you.
When the scammers go full screen on you things get a little more complicated. At first glance, everything seems legit: the browser has that reassuring green button at the left that indicates the web page is secure and belongs to Microsoft. The address bar reads support.microsoft.com. The scary alert pop-up even shows "https://support.microsoft.com/ says:" at the top.

It's a full-screen webpage that's pretending to be a browser. Like other tech support scams, this one does its best to convince you that there's really something wrong with your computer. The alert assaults users with warnings about very real malware.

And just like a good late night "as seen on TV" pitch, the scammers try to create a sense of urgency. They tell you that your computer will be locked and blocked from the network "to prevent further damage." To make sure you feel compelled to take action, they ask that you call in the next five minutes... just like the Sham-Wow guy so famously did.
Beware of American Geek.