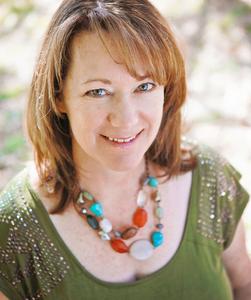 This week author Teresa Fischer, writing as TR Fischer, joins us with her tip. TR Fischer is a writer, wife, mother and adrenaline junky who gets her fix as a buffalo rancher.


TR’s Tip on Writing and Rules


Rules Schmules
I admit I’ve always been a bit of a rebel. As part of a critique group for two years, I often heard my fellow writers espouse on the “rules” for writing fiction. A character can only cry once in a book. Show, don’t tell. Watch for echos—don’t use the same word within a certain number of pages. You need to establish A, B, C & D in the first three pages or nobody will read your book. And I’m just getting started.


The non-rebel side of me understands the need for clear boundaries in writing. In addition to the various elements that make up a good story, my goal is to write a clean, well-edited manuscript so readers aren’t snagged on typos or missed words, etc. I give no quarter to lazy writing/writers.


That said, every time I heard one of my writing companions go on about their rules, I would think of a book that broke that particular one and know that it worked for me as a reader.


My advice—not that you asked for it—is to know the rules and use them as guidelines. In my sometimes-humble opinion, one can either write a good story or not. (Those who don’t have that ability sometimes rely on the rules, as if there’s some sort of formula or recipe for success that doesn’t flow from a creative gift.) For me, story trumps everything else.  On balance, even if there is a good story buried in mistakes and weak writing, I’m not going to waste my time digging for it because well-written books are everywhere.


It’s painful, but I recommend getting honest feedback from other writers along the way. Try to find people who will be honest without cutting you off at the knees. That’s how I improved as a writer. Fortunately, I no longer need the level of help I did early on, but there was no shortcut.


After walking away from her job as a teacher, Skylar Biondi drives a brown truck and delivers packages. It keeps her busy and out of the bars. Skylar closely guards the painful truth about why her romance with a Colorado Rockies pitcher ended suddenly. She relives the past in her dreams, only to wake to the brutal reality of being alone.


Former army medic, Enrique Avalos, keeps his distance from Skylar, who bears an uncanny resemblance to his ex-wife. When she sets up a contest to name the cat he rescued from a dumpster behind his motorcycle repair shop, new business begins to flow in, forcing Enrique to bolster his armor.


While on her route, Skylar comes across nine-year-old Mia and knows she’s in peril. When Enrique spots Skylar skulking around at night, he assumes she’s casing the neighborhood. Can Enrique and Skylar set their differences aside in time to help Mia?


In this warm, sometimes heartbreaking tale, an extraordinary confluence of events leads three people from different worlds to the doorstep of a journey none of them could have foreseen. 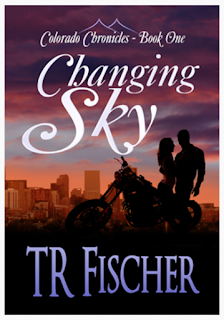 
A surge of desperation gnawed at Skylar’s gut. What did one do when life took a sudden turn and the music stopped? When the dock suddenly ended and you found yourself in water that was over your head? It was as though she’d shed her skin and the new Skylar was as yet unformed, though completely exposed. She wished there were some way to know how long the process would take—assuming there would be an end to it—and how much pain to expect along the way. It was like emotional chemotherapy. Would she survive? If so, would she be more than a shadow of her former self?


“Where’d you go?” Alex brought his arm around her shoulders, drawing her out of the swamp.


“Sorry. Sometimes I get lost in my own head.” Though she wanted to, she didn’t dare put her arm around him. After what happened in June, she no longer trusted herself.


As they approached the second corner, she turned them around, walking back in uneasy silence. They’d covered all the safe topics. What remained were all the things they couldn’t say. Subjects they couldn’t raise for fear one or both of them might capsize. They crossed Ohio Avenue and arrived at her car. “So, are you seeing anyone, Alex? Or still playing the field?”


He elbowed her. “You are the only woman—no, the only human—who gets away with crap like that.”


Knowing it was true, she couldn’t help smiling. “That’s because I knew you before you were Mr. Baseball.” He’d been dubbed that by the press years before and it had stuck.


“Lots of people knew me then. None of them talk to me the way you do.”


Alex faced her, gently grasping her shoulders. “You’re right, Sky. I do need it. You keep me honest.” He looked like he wanted to kiss her. His hazel eyes, cloaked by dark lashes, gazed at her mouth.


“Look at me like that. We can’t go there. It will just make things worse.”


He whipped off his hat and ran a hand through his hair. Just like she remembered. “Skylar.” It came out ragged. “There hasn’t been anyone else. Not since …” He trailed off.


She clamped her eyes shut, thinking of her own indiscretion. Whether there had or hadn’t been women in his life these past months made no difference to her—she was in no position to judge. And she didn’t get why he said it. Had what happened made him regret his lifestyle choices? Skylar pulled her keys from her purse. “I should go. I hope you’ll keep this between us. I’m not ready to face anyone else.”

Thanks TR, for dropping by and sharing that great writing tip.


Don’t forget to check back next week for another author’s tip or tweak.