Canada - Did You Know? 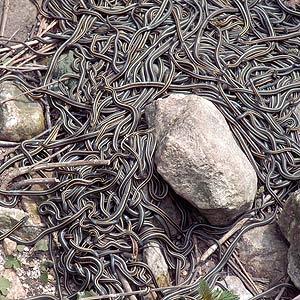 Did you know Canada is the garter snake capital of the world?


Just 130-km north of Winnipeg is the Narcisse Snake Dens conversation area, where each spring, tens of thousands of red-sided garter snakes slither out from their dens for a few weeks from mid-April to early May. Fortunately there are viewing platforms set up so you can watch them from afar.
2. We Have a Secret Underground Labratory in Sudbury, Ont.
Canada is at the forefront in the international search for new forces and forms of matter thanks to SNOLAB. Designed for the study of neutrino and dark matter physics, it’s the deepest clean laboratory in the world dedicated to this type of work. The lab, which was once the Sudbury Neutrino Observatory, was built in a mine to avoid interference from environmental and solar radioactivity. 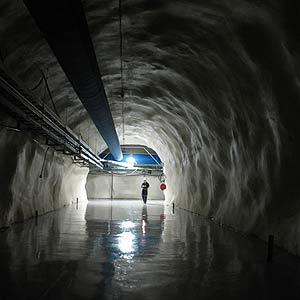 3. McGill put the Green in Greenbacks
We’ve taken a lot of jabs from the U.S. for our Monopoly-coloured Canadian currency, but what most don’t realize is the green ink used for American money was invented at McGill University in Montreal, in 1857, by Thomas Sterry Hunt.
4. We Harvest Icebergs in Labrador and Newfoundland
Every spring, massive islands of ice broken off of glaciers in Greenland parade through 'Iceberg Alley’, past the coast of Labrador and Newfoundland. Entrepreneurs are harvesting chunks of these cool marvels for some pretty unique products, including wine, vodka, beer, and even skincare products. 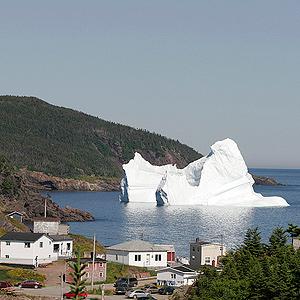 5. We Built a UFO Landing Pad in St. Paul, Alta.
One of Canada’s most unique Centennial projects in 1967 was the building of the world’s first UFO Landing Pad in St. Paul, Alberta. The town provided the land, and local businesses provided building supplies and labour for the raised cement pad. Making things even stranger? Paul Hellyer, then Minister of National Defense, flew in (by helicopter, not spaceship) to officially open it.

Posted by darkwriter at 9:56 PM