Did You Know - About Canada's Thanksgiving? 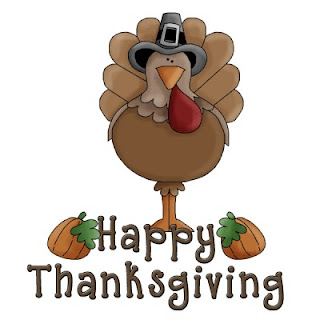 It’s the Canadian Thanksgiving this weekend. I just put my turkey in the oven.
Here are some interesting facts about our Thanksgiving I found in article from the Toronto Sun, 2012.


Thanksgiving was first celebrated in Canada when English explorer Martin Frobisher held a feast in what is now Newfoundland to mark his safe arrival to the New World in 1578.


Canadian Thanksgiving is always celebrated on the second Monday in October and has coincided with Columbus Day in the U.S. since 1971.
Algonquin Indians were among the first to harvest wild cranberries. They used them as food, medicine, and a symbol of peace.


The tradition of breaking the wishbone dates back to the Etruscans of 322 B.C. The Romans brought the tradition with them when they conquered England and the English colonists carried the tradition on to America.
While pumpkin pies are a staple of many North American Thanksgiving meals, the pies weren't popular in Thanksgiving dinners until the early nineteenth century, according to The Oxford Encyclopedia of Food and Drink in America.

The cornucopia, often associated with Thanksgiving, is a symbol of abundance and nourishment. The horn-shaped container typically contains produce, flowers, nuts, or wealth in some form. 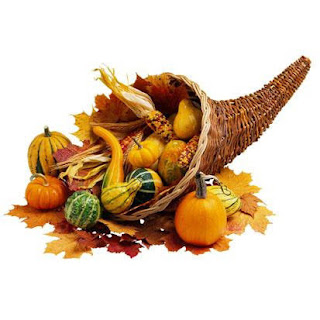 The Kitchener-Waterloo Oktoberfest parade is the most widely known Canadian Thanksgiving Day parade and is broadcast nationwide.

Canadians purchased three million whole turkeys for Thanksgiving in 2011, according to the Turkey Farmers of Canada - about 32% of all whole turkeys sold during the year.


Thanksgiving is a statutory holiday in Canada, except in P.E.I., Newfoundland and Labrador, New Brunswick and Nova Scotia.
Now you know.


Happy Thanks giving Everyone!
Posted by darkwriter at 10:55 AM