Our guest author today is Jamie Lee Scott, who is going to share some tidbits about the writing of her book that no one knows--until today. 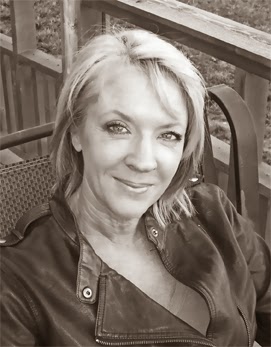 
Originally from the Central Coast of California, Jamie was swept off her feet by a dashing Iowa farm boy and moved to the Midwest.


After several years of running a restaurant with her husband, she felt the urge to kill people. Rather than going postal, she decided to start writing fiction.


Unable to leave the California life behind, Jamie also writes screenplays for movies and TV. Though she has yet to sell to Hollywood, her short script, No One Knows, was sold in 2012, and made the film festival rounds in 2013-14. No One Knows has been nominated for multiple awards, and won its category at the Bare Bones Film Festival.


When she's not reading or writing, she's riding horses and competing at barrel races.
Secrets of (B)AD VICE
1. Bad Vice was supposed to be released in February, but lots of hurdles prevented it. In the long run it good that the release didn’t happen, because an eventual complete rewrite made it a better story.

2. This was my first time writing first person from two different points of view.
3. I want to be Charles.
4. The major twist came from a Facebook news feed story from my hometown TV news.
5. I didn’t even know who the killer was when I started writing the story. I thought I knew, but the story took a major u-turn on me. 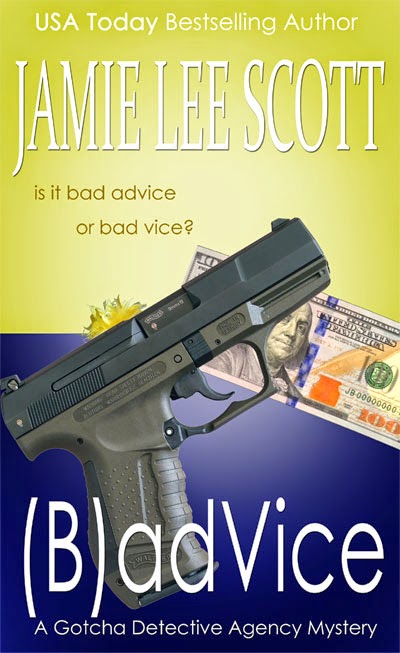 Blurb from (B)AD VICE
Bad Vice is the 5th book in the Gotcha Detective Agency Mysteries
(Let Us Prey, Book 1, is currently free on Amazon and Kobo, Google Play and Apple)

Now that Mimi Capurro and Charles Parks are co-owners of Gotcha Detective Agency, and Mimi is single again, all should be going well, especially since they just landed a cushy new contract with the local police department. The prostitution decoy sting operation is in full swing and has the stamp of approval from the chief of police. And everything is going great until one of the decoys disappears from the sting operation. Now the Gotcha detectives must find the woman, and find out who would want her to disappear, possibly for good, before
the police department vice squad realizes she’s gone.


To Buy Let Us Prey, Book 1 go to http://www.amazon.com/Gotcha-Detective-Agency-Mysteries-Series-ebook/dp/B005ALW6GU/ref=tmm_kin_title_0

Thanks for checking out Jamie and her secrets. If you have any comments or questions Jamie will be around to answer them today.
And don’t forget to check back next Thursday to find out even more author secrets about their book.
Posted by darkwriter at 9:56 PM