Our guest author today is Joanne Myers, who is going to share some tidbits about the writing of her book that no one knows--until today. 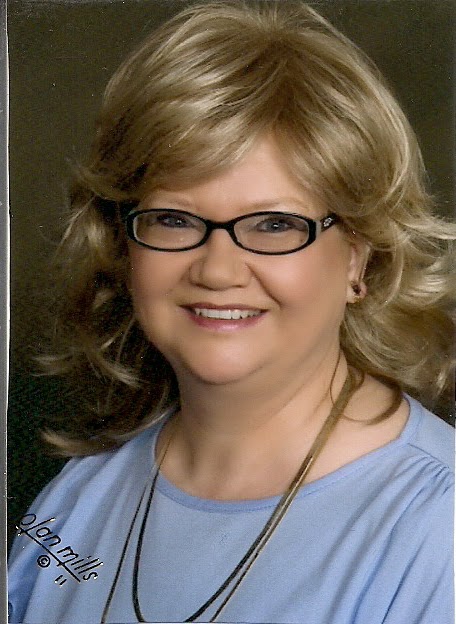 I have been a long-time resident of southeastern Ohio, and worked in the blue-collar industry most of my life. Besides having several novels under my belt, I canvas paint. My original canvas paintings, can be found at: http://www.booksandpaintingsbyjoanne.com
When not busy with hobbies or working outside the home, I spend time with relatives, my dog Jasmine, and volunteer my time within the community. I am a member of the International Women’s Writing Guild, Savvy Authors, Coffee Time Romance, Paranormal Romance Guild, True Romance Studios, National Writers Association, the Hocking Hill's Arts and Craftsmen Association, The Hocking County Historical Society and Museum, and the Hocking Hills Regional Welcome Center. I believe in family values and following your dreams.


LOVES, MYTHS AND MONSTER (an anthology of 11 stories)
5 Secrets (and more) from each of the anthology stories

-For my fantasy stories, I used my love for monster movies to contrive a collection of unusual tales of mystery, danger, twists and turns. My love for monsters came from my childhood, from watching Count Drakula and Werewolf movies.
-Welcome To Anna came from my love of the Twilight Trilogy. Instead of the leading lady being pursued by a vampire and a werewolf as in Twilight, the leading lady in Welcome to Anna, is pursued by a Chupracabra; a large hideous creature that transforms between being a coyote and a beast that kills at will. What happens next is a series of chilling mysteries, and unsuspecting friendships and love.
-The Hunter's Bride was derived from searching the Internet on various legends and myths from different countries.
-Moon People came from my imagination of how I believe Mermaids came to exist. Since they are part human, I imaged superior beings living on the Moon, and one fell off, landing in the Earth’s ocean, and being swallowed by a passing fish.
-he Pack is my version of how werewolves evolved.
-he Bidding I got from watching an episode of The Twilight Zone as a child. It takes place in Circleville, an actual town in Ohio, close to my home.
-The Agreement takes place in Roseville, an actual small town in Ohio. I thought it would be interesting to find out what happens to an arrogant city slicker when he meets a no-nonsense country sheriff.
-For The Love Of Ginnie, a tale of adventure, and a roller coaster ride of joy and perils for the hero. was conjured up by my love of American history and the Civil War.
-Is It Only A Myth? With the legends, myths, movies made of it, and reported sightings of this elusive but deadly creature half man/bat/rat, I had to write about the Mothman.
-The Proposition - I wrote this tale of love conquers all, because I love cowboys, and strong minded women.
-The House On Shady Lane is based on historical facts of a family from the 1870’s believed to be the country’s first serial killer family. They were even hunted by the famous Pickerington Detective Agency.
-Love's Curse takes place in a real town famous for local resident John Holmes, the King of Porn, and of the local college’s actual mascot.

Excerpt from For the Love of Ginnie from LOVES, MYTHS AND MONSTER:

met.
Maybe it was because I was tired of bachelorhood. Maybe
it was because I was a chemist and the unusual, and                                 unexplained, fascinated me. Or, maybe, it was because I was                 obsessed with this twenty-year-old, dark-haired beauty named                    Mary Virginia “Ginnie” Wade I had read about.
These questions filtered through my mind as I drove to the bar
to meet my best friend Will.  Will’s favorite hangout was “The
Bling,” originally an old truck stop on State Route 93, in                     Nelsonville, Ohio. The place became a restaurant/lounge/                           dance hall and brothel when semis no longer became a necessity                   for long distance hauling. The invention of the transporter also replaced
many other primitive jobs such as mail delivery and travel.
"The Bling” was best known for the large flashing lights suggesting
scantily clad women in seductive positions above the front
entrance, and its “bulldogs,” monster-sized bouncers in
Armani suits who patrolled its two-block perimeter, inside and out.
“The Bling,” just another joint with a sleazy atmosphere, like
all alcohol-serving establishments, differed only in that it
catered exclusively to class “A” clientele. Politely—or maybe
not so politely—everyone called it the “Whorehouse for the
rich and bored.” Its reputation grew. Its income grew
even faster.
I pulled up in front and exited my vintage DeLorian, tossing
the keys to the baby-faced valet, by-passed the doorman
with no questions asked. Just an exchange of large smiles
between us. Will was also part-owner.
As I entered the twenty-four carat gold, electronic doors, Will
immediately spotted me and motioned me toward the bar with
his diamond embellished hand.
I loved sitting at the bar. It was the perfect place to see the
shows. “Two double scotches and water,” Will said, as we
shook hands, and I slid into my seat beside him, just as the
tall, leggy waitress produced the drinks in an instant. I
immediately recognized the “girl” as one of the latest “do-
everything-like-a-wife” robotics. Robot manufacturing had
become a booming business since the last war destroyed
the immune and reproductive systems in most humans,
especially females.                                                                                       “I don’t know why you waste your time flirting with
non-humans,” I said, cautiously sipping my drink. The                      immense emptiness of not being able to acquire a wife and soul mate,               I felt at this age in my life, almost drove me to alcoholism, but
my boss and mentor, Doctor Obar Gabry, intervened, saving
my life and promising career.
“Because, dear friend,” Will began, “beggars can’t be
choosey, and ladies are in scarce supply. Beside, these
‘girls’ are all pink inside.”
“Ugh!” I said, gulping down a large swallow of alcohol as if
it could wash away my friend’s vile mental picture from my
mind.
“Come on, Alex, loosen up. Live a little.” Will motioned to
the waitress for another round of drinks. “You’re alive, so
act like it. Don’t let your beautiful mind go to waste. This
world needs people like you. People started treating me
like a god once I became an entrepreneur, and I love it.”
I had to laugh. Maybe my self-pity stage had outlived its
use. Only I can find a wife for myself. I certainly won’t ask
Will to hook me up. His sense of values are as artificial as
the women he beds.
The pain and loneliness I felt at times from yearning for a
life-long partner and family wasn’t easy to accomplish.
Scientific and Medical technology still could not reverse the
sterilization effects on the female species.
Sure there were some human women to date. But most
were either sterile, too old, too young, or there was just
no chemistry between the two of us. I wanted that spark
that unites between two people madly in love...like my
parents. I never met any couple happier with one another
then my beloved parents. That’s the kind of love I want…
never ending.
The emptiness and frustration of not finding companionship
at times made me want to die. But that was the loneliness
talking. I know that now. I love life. I want to live, and I
know who I want for a wife. It’s just that meeting her
would be a little tricky.
Abruptly, I asked, “What do you think about time travel?”
“Are you serious?” Will asked. “Scientists have tried to
conquer time travel for hundreds of years, and failed.”
"Maybe they failed because they weren’t Doctor Gabry
and me.”
Will looked at me in awe. “Oh, my god, you’re serious!”                                   "We discovered something today in the lab,” I said, giving
him an arrogant smile. “We believe this is the answer.”
“So who is to be the Guinea pig?”
“Me.”                                                                                                    Silence came from Will, then a gasp.
“That could be suicide.”
“Or the biggest discovery of the thirtieth century." 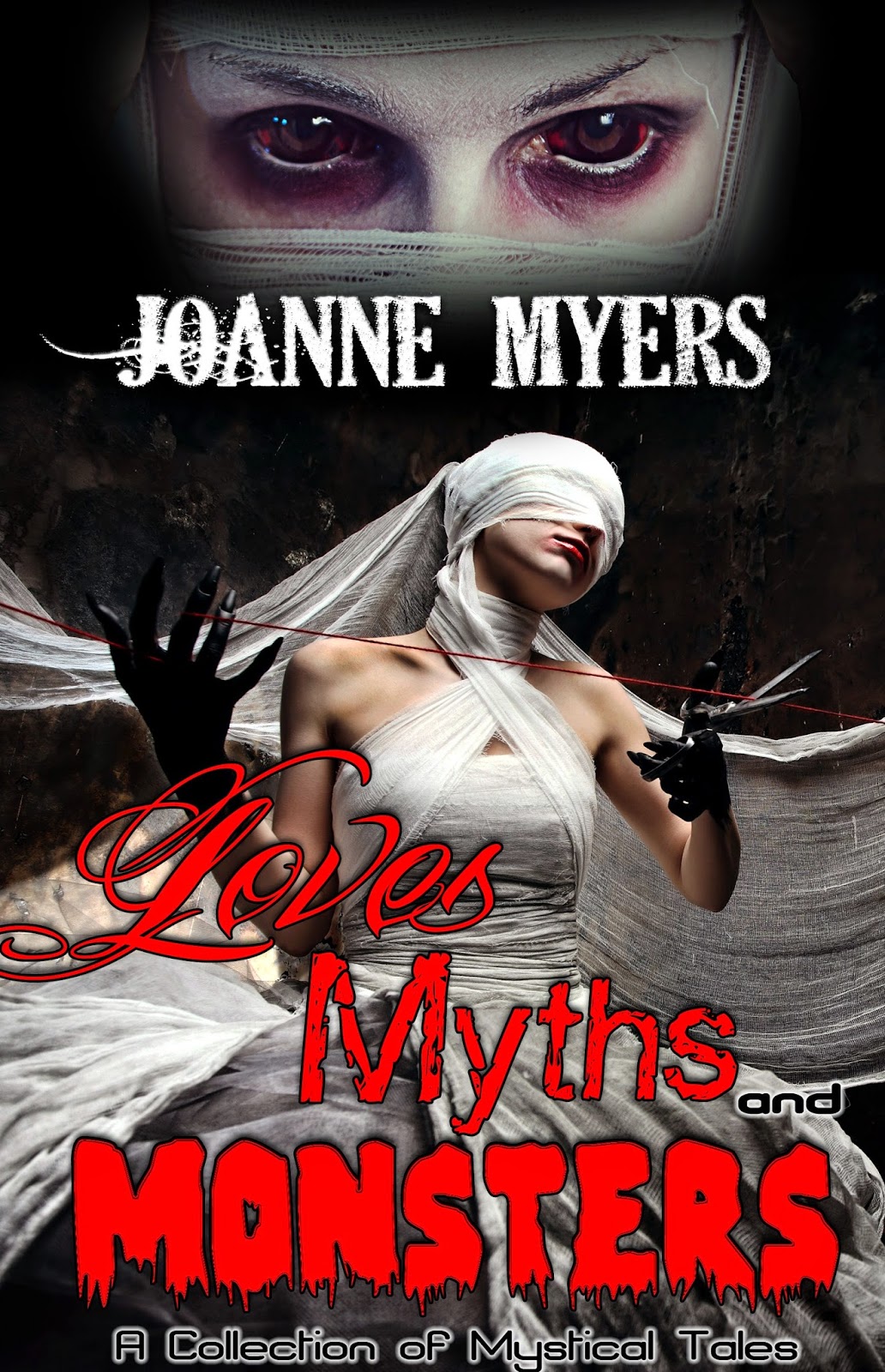 Thanks for checking out Joanna and her secrets. If you have any comments or questions Joanna will be around to answer them today.

And don’t forget to check back next Thursday to find out even more author secrets about their book.

Posted by darkwriter at 2:55 PM