5 SECRETS (WHAT NO ONE KNOWS ABOUT MY BOOK)

Our guest author today is Martha O'Sullivan, who is going to share some tidbits about the writing of her book that no one knows--until today.

Lindsay Foster has convinced herself that marrying lifelong Paul Webster is the right thing to do. But an inadvertent reunion with Brian Rembrandt rekindles the unfinished business between them. And Lindsay finds herself torn between the life she's always wanted and the man she'll always love.


Brian's up for that fight; he's used to getting what he wants. And he still wants Lindsay.


But this love triangle has an extra side. Lindsay's best friend Moira Brody has a game-changing secret.  And she's not the only one.  Even Brian is no match for what happens next. The chain of events set in motion on the tranquil shores of Lake Tahoe come to an astonishing end on a foggy San Francisco night. And alter the course of four lives forever.
To Buy Second Chance go to
http://www.amazon.com/Second-Chance-Chances-Trilogy-ebook/dp/B00EX631GM/ref=sr_1_17?s=books&ie=UTF8&qid=1378129953&sr=1-17&keywords=red+sage+publishing
http://www.barnesandnoble.com/w/second-chance-martha-o-x2019-sullivan/1116810263?ean=2940148803621
http://www.kobobooks.com/ebook/Second-Chance/book-hXS7TbFdaEGFhDCk_FflBQ/page1.html?s=VxhxFGbPAk2KnfFXUA1Iag&r=6
http://www.bookstand.com/second-chance-5
https://www.allromanceebooks.com/product-secondchance-1278782-356.htm
http://www.barnesandnoble.com/w/second-chance-martha-o-x2019-sullivan/1116810263?ean=2940148803621
http://www.kobobooks.com/ebook/Second-Chance/book-hXS7TbFdaEGFhDCk_FflBQ/page1.html?s=VxhxFGbPAk2KnfFXUA1Iag&r=6
http://www.bookstrand.com/second-chance-5
https://www.allromanceebooks.com/product-secondchance-1278782-356.htm 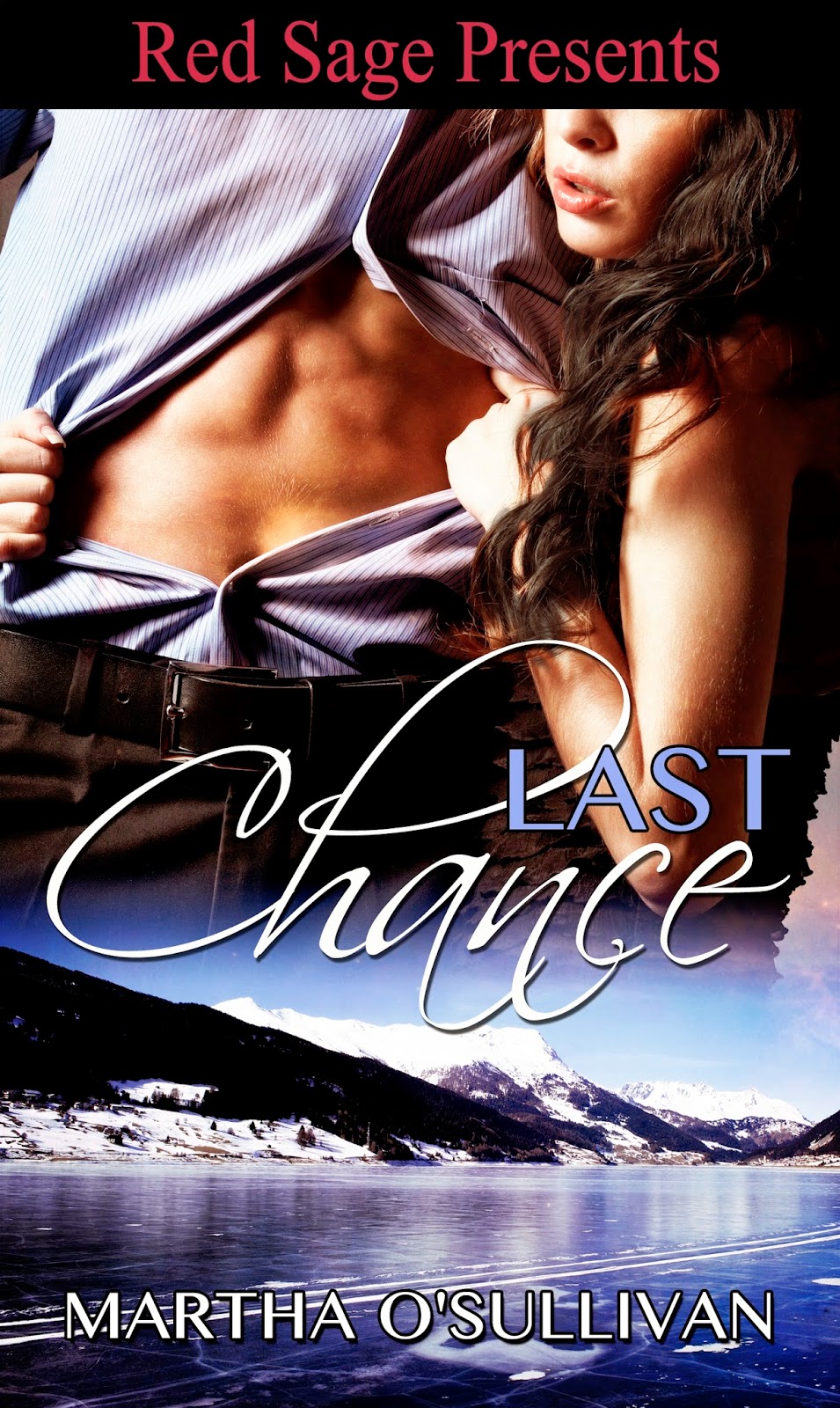 Thanks for checking out Martha and her secrets. If you have any comments or questions Martha will be around to answer them today.

And don’t forget to check back next Thursday to find out even more author secrets about their book.