Lyndi Alexander and her New Release 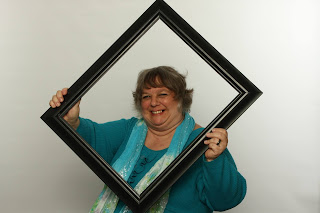 Lyndi Alexander always dreamed of faraway worlds and interesting alien contacts. She lives as a post-modern hippie in Asheville, North Carolina, a single mother of her last child of seven, a daughter on the autism spectrum, finding that every day feels a lot like first contact with a new species.

Valeni: In an affluent neighborhood on the planet Terza, with my parents who doted on my little brother Luca. My father taught at the University, and had tenure, so we grew up with servants and all the extras. Makes it hard sometimes to be on my own, since we don’t speak any more and I will never take a coin from them again.

Valeni: Compared to your Terran calendar? About eighty years in your future.

Valeni: Why? Who knows? *laughs* That woman probably needs better hobbies. It is interesting, though, living with a genderfluid alien. Nicholas is my lover and Nikki is like the sister I never had, so maybe that’s what people will find intriguing.

Valeni: Me? I’m  just trying to survive. Being a captain of a small ship, I’m just trying to find enough jobs to keep flying. I never intended to fall in love, but… I guess it happened anyway.

Valeni: Well, there’s the above-mentioned alien. Then my brother got himself in deep with some secret organization and needs bailed out. And THEN, we got pulled into a systemwide revolt against the Agency, since they’re taxing all the captains out of existence. That’s all before the sexy cowboy from Terra shows up and Nikki falls for him just as hard as I do. I think I need a cold ale just thinking about it all.

I guess I’ll start at the top of the list and work down. I mean, as long as everyone is upfront and honest about everything, life should be easy enough, right?  I sure hope everyone has told the truth. Otherwise we can be in one heck of a mess.

Valeni: I may be cynical and sassy, but my heart’s in the right place. I just need to find the right person to help heal it.

Valeni Pascual wants to be free to make a living hauling cargo with her spaceship and to understand the shapeshifting alien who presents sometimes as the steamy male Nik and other times as the blonde bombshell Nikki.

As a rebel insurgence builds against the oppressive government known as the Agency, Valeni and Nik/Nikki encounter a sexy Terran cowboy named Garrett Rawls. Since being pulled into this region of space by another mysterious wormhole, Garrett has looked for a way to return to Earth. After meeting Valeni and Nikki, he might have found something worth staying for.

However, dark forces may have a much bigger picture in mind for all of them. Valeni, Nik/Nikki, and Garrett are pulled into a life and death fight that lays bare all of their secrets and their desires. Will they lose everything as the battle against the Agency rages around them or can love pull them through? 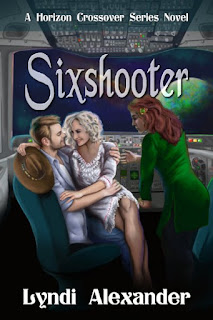 The entire experience unnerved Nik. They wouldn’t complain to Valeni, because she had made that choice based on need, to save them both from the Agency’s threats.

But something in the cloaked man’s voice had triggered a long-held fear from Nik’s past. That arrogant sense of entitlement to command… the veiled threat… the way he took over the small space. He ordered everyone around and no one balked at the words. Nik had the impression that he could have as easily ordered his minions to harm either Valeni or Nik and they would have done so, just as silently and efficiently.

But his tone was the key that threatened to unblock their memories, to undo the temporary protections that had saved them since they’d run from their home world. They had survived a genocide—

the screams of their brothers and sisters

the pain of loss

red, red, red, the auras snuffed out one by one

the scramble through black woods to the spaceport

They shuddered at the flashes of terror that threatened to fill their mind until they froze, overwhelmed.

And he saw through our human disguise. No one had ever done that before. Does he know who we are? Will he report us to the Overseers?

“No!” Nik jumped up, galvanized by a rush of adrenaline.

Valeni gasped, startled. “What is it?”

Breathing heavily, Nik gradually forced calm, forced the memories back into safety.    “A drink,” they said.

Valeni cocked an eyebrow and glanced over at Nik. “A drink?”

She frowned. “I don’t think we have anything left aboard except that horrible homemade stuff Jowalt’s friend pawned off on us last time we were in Roandock.” She studied Nik’s face. “This run really got to you, didn’t it?”

“I would not like to talk about it. Just… an alcoholic beverage. Something to help forget.”

They felt their hands shaking and grabbed the end of the arms on their chair, hoping it would steady them.

Val reached over and patted Nik’s arm. “No problem. I know just the place.” 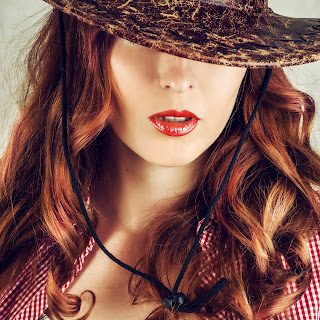