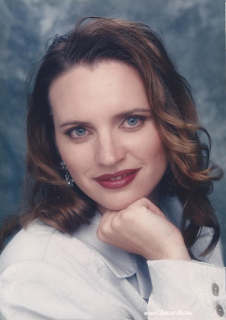 Zrinka Jelic lives in Ontario, Canada. A member of the Romance Writers of America and its chapters Fantasy, Futuristic & Paranormal and Kiss of Death, as well as Savvy Authors, she writes contemporary fiction--which leans toward the paranormal--and adds a pinch of history. Her characters come from all walks of life, and although she prefers red, romance comes in many colors. Given Jelic's love for her native Croatia and the Adriatic Sea, her characters usually find themselves dealing with a fair amount of sunshine, but that's about the only break they get.


Beverley:  What’s your name?
Dario: Dario Vitez
Beverley:  Where did you grow up?
Dario: Zadar, Croatia a town by the sea
Beverley:  During what time period does your story take place?
Dario: Though the story was set in today’s time, there’s a lot of reminiscing on the good old 80’s.
Beverley: What’s your story/back story? Why would someone come up with a story about you?
Dario: My story is that my whole life I only loved one woman, Irena, no other came close to her. But I was poor back then in high school and her parents didn’t want their daughter to be thrown into poverty. So they married her off to a rich man who didn’t and couldn’t love her. Now she’s back in my town and my life, after fourteen years and she’s brought along a teenage daughter. I worked hard to pull myself out of the poverty. I can give her what I couldn’t when we were teenagers. Only, her husband is after her and I must protect her and my child.
Beverley:  What’s your goal in this story?
Dario: To save the woman I love and my daughter who I just learned of, from the dangerous man who would stop at nothing to get to them.
Beverley:  What conflicts are you facing?
Dario: Having to stay one step ahead of the killer and his cronies.
Beverley:  Do you have a plan for resolving them?
Dario: Hiding and running away has proved ineffective. The only and sure way is to face our enemy and hopefully gain some powerful allies to help us.
Beverley:  Is there anything else you’d like us to know about you?
Dario: I’m a gourmet chef and can whip out a mean flambé.


Dario Vitez crawled from the brink of poverty and made a name for himself as a wealthy, successful restaurateur. Love is the only thing missing from his life. He’s never found a woman who could compare to his childhood sweetheart, Irena Novak—who was forced into a marriage of convenience and lives half a world away.

Irena has secrets—dangerous secrets. She reappears in Dario’s life, on the run from her murderous husband, who will do anything to silence his wife. When Dario discovers the danger she’s in, he vows to protect her. But her psychotic husband is drawing closer by the day. If Dario loses Irena again, this time it might be forever. 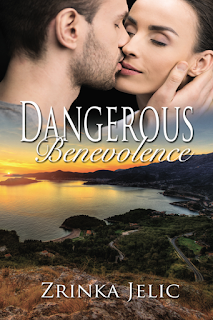 
The lovers at the secluded table of Mezzaluna, holding hands, gazing into each other’s eyes re-opened Dario’s barely healed wounds and forced him to seek solace in his office. The full-length mirror he passed in the foyer reflected a well-dressed, successful restaurateur, but he knew better than to believe the illusion. The clanging of dishes and murmurs of the restaurant staff muffled through the wall.


He dropped into the leather chair. The unopened bottle of the Frangelico on his desk taunted him. Combing his hand through his hair a few times, he tried to remember the sweet, nutty taste of the liquor on his tongue. His mouth salivated at the thought. If he popped the corked and took a sip, he wouldn’t be able to stop until he consumed the last drop. He shifted his focus at the gypsy stone on the table. Fourteen years later and he still couldn’t part with the damn thing. Now it was nothing but a paperweight for the restaurant’s stack of bills, and a constant reminder of his pain. The only keepsake him and Irena had shared…or half of it. Did she still have the other half? So much for the gypsy’s prediction. If there was a rewind button on the life he would’ve pressed it long ago. He straightened, leaning against the backrest, the coldness of the leather seeping through his thin cotton shirt. Better get his thoughts back on the job. Damn bills won’t pay themselves. 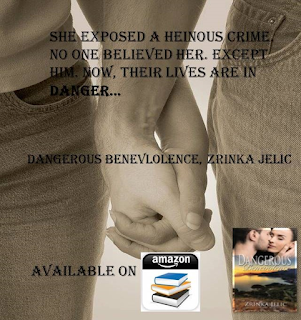