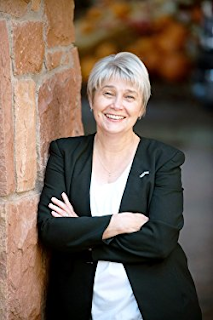 Stanalei’s love of writing romance stems from reading favorites such as Grimm’s Fairy Tales, Barbara Cartland, and Alistair MacLean. She has over twenty years of training in the martial arts and holds the rank of Sandan, a third-degree black belt, in Aikido.
After a taste of life on both U.S. coasts, she now resides near the beautiful Wasatch Mountain Range with her hero, who just happens to be her best friend and husband. Together they enjoy backcountry dirt trails on a RZR, visiting our National Parks, or exploring museums and ghost towns.


Stanalei: Thanks so much for having me today as part of my Blog Tour sponsored by Reviews by Crystal. I hope you enjoy this glimpse into my writing world.
Beverley: Which genre or genres do you write or prefer to write? And why?
Stanalei: I’ve started my writing career in the Romantic Suspense genre. My enjoyment from reading Alistair McLean and Tom Clancy sort of determined that niche for me. However, I so enjoy reading small town romances and would like to try my hand at those as well.
Beverley: Who influenced you the most in deciding to become a writer?
Stanalei: There isn’t one single person who influenced me. In fact, unlike many writers, I’m not much of a storyteller in the verbal sense. I will say that my parents had an influence on me that encouraged me to do anything I wanted to put my mind to. That support from an early age led to the confidence I needed as I grew older.
Beverley: What gets your creative juices flowing?
Stanalei: A good movie or a good book will get my creative juices flowing. I love story, and when it’s well crafted, it’s exciting to be drawn into the world of those characters. However, when it comes time to sit and write, I don’t have a ritual or process. I work with determination to get the words on the page. The muse isn’t often kind to me and I have to work without her most of the time.
Beverley: Do you have a favorite cartoon character? Why?
Stanalei: My favorite cartoon character is Johnny Quest. If that doesn’t reveal my age, than I’m not sure what would. Talk about a crush. But I have to say as I got a bit older, Race Bannon was much more appealing.
Beverley: Who would you love most to meet 'in person' and why?
Stanalei: I would have loved to meet Tom Clancy. I would have loved to learn how he garnered the knowledge he shared in his books. The man was amazing. Next up, would be the duo of Garfield and Judith Reeves-Stevens. The research they do for their mainstream fiction rivals Clancy.
Beverley: If you had an unexpected free day what would you do with it?
Stanalei: Unexpected free days are rare for me. But if it was just me, I’d probably sleep in, (later than I usually do), and watch a movie or TV series marathon. If the free day also came with free calories, it would include popcorn, TV dinners, and ice cream bars.
Beverley: What are you working on now?
Stanalei: I’m currently finishing up that contemporary, small town romance I mentioned above. It’s planned as a two-book series. Now that the Northstar Security books are wrapped up (for now), I’m looking forward to a change of pace.
Stanalei: Thank so you so much for letting me visit today.

Northstar Security Firm is an elite private security agency whose mission statement: GUIDED BY THE TRUTH, is the guiding principle to provide justice for those who have been wronged. Founded by former CIA agents Byron O’Neal, Katherine O’Neal, and Sean Malone, Northstar Security has a ninety-nine percent success rate. That one percent is a still open case involving Katherine’s murder and Sean Malone’s career-ending gunshot wound. Nothing is a hundred percent guaranteed, and angst over one unsolved case doesn’t stop good men and women from fulfilling their duty. 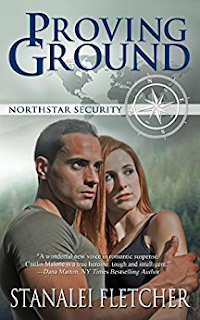 A screw-up, a wild fire, and a bio-terrorist. What could go wrong?
Proving Ground introduces the high stakes world of The Northstar Security Firm. Caitlin Malone’s only hope of saving her town, maybe even the entire country, is pinned on the one man who broke her heart.


Screw-ups don’t get second chances. That’s what Caitlin Malone believes when she returns to Oregon after failing her first Northstar Security assignment. When she inadvertently stumbles across a plot to steal deadly pathogens from the bio-lab near her hometown, she sees a chance at redemption.


USDA Forest Ranger, John ‘Mac’ MacAlistair, doesn’t want to babysit the motorcycle club holding their annual rally in his national forest. To make matters worse, Caitlin is attending the rally with Mac’s estranged uncle. Having her home again brings up feelings that are better left buried.


It’s early September. Any spark will send the dry timber into a raging fire. The terrorists are counting on that distraction to work in their favor. When Caitlin is trapped by the wildfire, her only hope of rescue is pinned on Mac, the man she's tried two years to forget. Before they can share their feelings, Mac and Caitlin must first escape the burning forest and stop the terrorists from releasing the deadly pathogens. 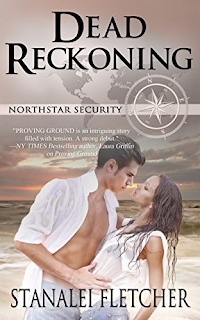 Byron O’Neal, Northstar Security Firm’s director didn’t always run an elite private investigation firm. His early CIA years were spent chasing Soviet spies. Now his past is catching up, and Kellee, Bryon’s daughter is caught in the middle of a game of Russian Roulette. Northstar agent and former Navy SEAL, Egan Maddox, is tasked to save Kellee from the Russian mafia before it’s too late, a task that puts not only his life, but his heart on the line.

When Northstar Security Firm investigates the blackmail of a U.S. Senator, agents Riley O'Neal and Mary "Chip" Anderson don the unwelcome cover of newlyweds to find two kidnapped women and stop the blackmail - and posing as newlyweds to avert a national security crisis is a lot harder than it seems. 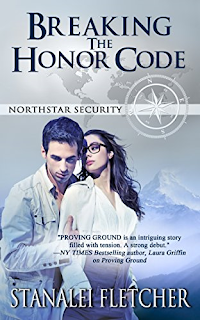 
Cyber-terrorism brings even the most powerful companies to their knees. When Northstar Security Firm discovers a breach inside their computer firewall, agent Sloan Cartland will do anything to help the firm's brilliant computer tech, Allison Richards, find the culprit—even after he learns that all evidence of the hack points back to Allison.


Tell It Like It Is
Northstar Security Series Book #5 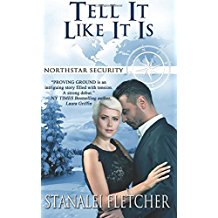 FBI agent, Nelson Kane's Aunt Rosalee has a story to tell. Someone wants her stopped. When Northstar Security's unconventional bodyguard, Justine Shelby, is assigned as Aunt Rosalee's protection, Shelby learns she's as welcome as a wiretap at the annual J. Edgar Hoover Christmas party. Ornaments start to fly when Shelby informs by-the-book, Agent Kane to stay out of the way while she helps his aunt complete her tell-all memoirs.

Rafflecopter giveaway
Posted by darkwriter at 12:54 AM