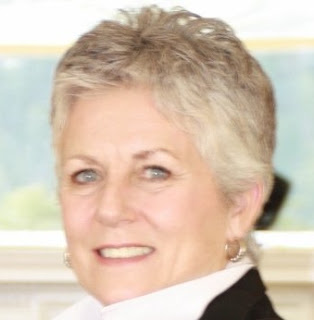 This week we’re going to find out a little about author Becca St. John. March’s theme is ‘Heroes’ so Becca will be talking about heroes. She’ll also tell us a little about herself and her writing, and answer some fun questions.


An Accidental Writer ~ Writing was a tool, not a toy, until a stay in a haunted hotel and a bookcase full of dog-eared romances. Hooked, Becca read old romances, new romances, both sexy and sweet, until her own tales begged to be written.

Living in Florida, Becca divides her time between dreaming up stories, diving deep into history, kayaking, and swimming. Her husband gives her the space she needs by fishing in the mangroves and waterways, or watching football (the English sort) with his British buddies. Becca and her hubby break the routine with adventure travel; though, at heart, Becca is a homebody believing there is no greater playground than inside the mind. Thank you, Beverley, for this opportunity to post on your blog! What fun! 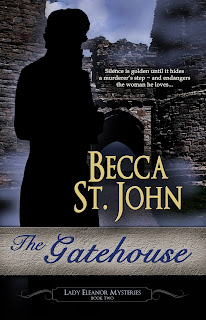 Blurb for The Gatehouse, Lady Eleanor Mysteries, book 2
Regency romantic mystery with a touch of Gothic

Moments before the wedding, Christopher Sterry finds the groom, his twin brother, murdered. One would expect Christopher to become the next Earl of Longford. No one would be surprised if he married his twin’s almost-bride, Helen Grove. She is, after all, his closest friend and confidante.

Except Christopher is deaf in an inflexible world that believes a deaf mute is no better than a barbaric half-wit, unfit to be an earl and quite capable of murdering his brother.
Helen waits at the altar while her groom lies murdered in the folly. But there is no time to mourn. Christopher is in danger and so, it appears, is she.  Born to marry the earl of Longford, whoever that may be, Helen ignores her own risks and crosses into the line of fire to protect the man who holds her heart.

Lady Eleanor solves crimes more thoroughly than any male magistrate. So, when Christopher, her godson, is condemned without evidence, she sets out to prove both his innocence and his competence as earl. If she fails, Christopher will die… or be returned to an asylum worse than hell.


You can find Becca at:
www.beccastjohn.com
Let’s be friends: https://www.facebook.com/beckastjohn
Meet you on twitter: https://twitter.com/beccastjohn1


Don’t forget to check back next week for another author interview.
Posted by darkwriter at 9:57 AM