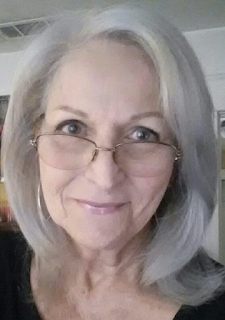 This week we’re going to find out a little about author Cora J. Ramos. March’s theme is ‘Heroes’ so Cora will be talking about heroes. She’ll also tell us a little about herself and her writing, and answer some fun questions.
Cora J. Ramos writes short stories of mystery and suspense that have won awards and been published in the anthology, Valley Fever, Where Murder is Contagious.
Her first novel, Dance the Dream Awake, was published in June 2015, a paranormal romantic suspense set in present day, but with a past life of a Mayan life lived in the Yucatan, around 900 A.D.
Her second novel, Haiku Dance, is a historical romantic suspense set in the Heian, Japan of 980 A.D., when the pillow books (like Tales of Genji) were written and inspired this work. It was published May-2016.
Cora is a trained artist and loves to paint for her own pleasure and helps design her own book covers. She keeps journals of dreams, poems and inspiration for paintings and stories. Currently working on Dance the Edge, sequel to Dance the Dream Awake.
She is a member of International Sisters-in-Crime; San Joaquin Chapter (President); Central Coast Chapter and Romance Writers of America & local Yosemite Romance Writers Chapter 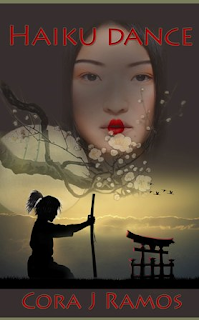 Thirteen-year old, Shino, rebellious and undisciplined, is sent away to the Tendai monks to be trained as a samurai warrior. When leaving his childhood friend Miyoshi behind, he carelessly crushes her young heart.

Years later, weary of senseless battles fought for selfish lords, Shino is thrust into the world of Heian Kyo where he finds Miyoshi once again. Now blossomed into the beautiful and charming Lady Lotus, she is courtier to the emperor’s court and soon to be betrothed to another. Finally accepting that he has always loved her, he risks everything to keep her from the fate to which she is destined but does not want, and the dangers that threaten her life. Does he dare hope for more?

Blurb for Dance the Dream Away
Every night, a Mayan priest adorned in a feathered headdress enters Tessa’s dream and rips out her heart. Taking her friend’s advice, she books a trip to Mexico to try and get past these nightmares. 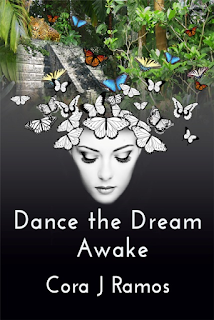 On her trip, she meets three men. Which one can she trust? Which one will she fall in love with? Which one is trying to help her?

When all their lives have become entwined and the warnings of the female shaman curanderas have shaken her to her core and reached breaking point, she’s convinced someone is out to kill her. Only then does the shocking revelation come forth. Will she survive the dangers and the men? Is she running for her life, or from love?

You can find Cora at: @corajramos


Don’t forget to check back next week for another author interview. This time it's  another discussion on Heroes.
Posted by darkwriter at 11:40 PM