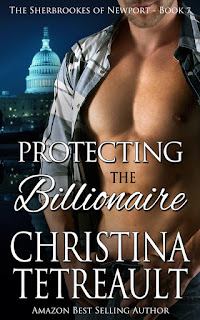 
From the outside it appears as though billionaire Allison Sherbrooke lives a charmed life. She comes from a loving family and possesses the means to do anything she desires, not to mention her budding new romance with the sexy Marine she danced with at her brother Trent’s wedding.


Appearances can be deceiving though. All is not perfect in Allison’s world. Since her move to Virginia she’s had a stalker in the shadows.


Marine Corps Captain Rocco “Rock” Raimono has spent his life defending and protecting others. Now he must protect the woman he’s falling in love with from an obsessed stalker who wants Allison for himself. For Rock, failure is not an option.
Book Trailer:
https://youtu.be/opKRdVOPvOs 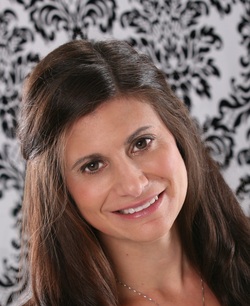 
I started writing at the age of 10 on my grandmother's manual typewriter and never stopped. When I am not driving my 3 daughters (ages 8, 6, and 6) around to their various activities or chasing around our three dogs, I am working on a story or reading a romance novel. Currently, I have two series out, The Sherbrookes of Newport and Love on The North Shore. You can visit my website www.christinatetreault.com or follow me on Facebook to learn more about my characters and to track my progress on my current writing projects.


Not counting when she asked Rock to act as her stand in boyfriend for the night, had she ever asked a man on a date. She’d never needed to. Tonight an urgency to know him better gripped her. It had started the moment he picked her up and grew as the night went on. Now with him about to leave, she needed to do something while she still had the opportunity. Once he walked out the door, she might not get another chance.


His face remained expressionless. Had she miss read him tonight?


No. She might have imagined the glances she thought he sent in her direction, but she hadn’t imagined the hard erection she felt when they’d danced. No it had been quite real.


“Not to another event like tonight’s promise. Something more casual. There are some nice restaurants in town. There’s also a comedy club not far from here that Jake and Charlie love.” Allison moved into his personal space. “Or we can do something closer to you. We don’t have to stay in this area. Anywhere is fine.”


His expression changed, and he nodded.


When she opened the door for him earlier, she’d thought him panty melting hot, but now as he smiled at her she realized how wrong she’d been. Wow. Maybe it was a good thing the man didn’t smile too often.


She’d kind of been hoping for something sooner, but she wouldn’t complain. He’d agreed. “Whatever works best for you?”


He smiled again. Oh, yeah. He was protecting the female population by not smiling on a regular basis.


“I’ve got your number. I’ll call ya later in the week, and we can work out the details.”


Well, she’d already done a first tonight and asked him out. She might as well do another first and kiss him because it didn’t look like he planned on doing it. “Great,” she said leaning closer and pressing a kiss against his lips. Since everything else about the man appeared hard, she expected his lips to be too. Instead, they were warm and pliant against hers.


Rough callused hands settled on her bare skin and traveled lower sending a tingle down her spine, and she rubbed her tongue against his lips. On cue his mouth opened, and she didn’t hesitate. Right away she slipped her tongue inside.


He tasted like coffee and cherries. She’d noticed him popping hard candies on the ride into and DC as well as the ride home.  She guessed they were the source of the cherry flavor.


Rock’s hands moved again, settling on her butt and an ache started between her legs. She hadn’t had sex since before Halloween when she’d still been with Charles and until this moment she hadn’t been the least bit aroused once in all that time. Now she was considering another first and asking him up to her bedroom. Never in her life had she had sex on a first date. She left that type of behavior to her brothers. Before she got intimate with a man, she liked to know more than just his name. Right now anything else about Rock seemed irrelevant. She wanted him and it was evident he desired her. There was no missing the erection pressing against her.


Then just like that his hands settled on her waist and he put space between their bodies. Cool reason immediately washed over her and heat warmed her face. She’d just been considering sex with a man she barely knew. If her brother Trent ever found out, he’d never let her live it down. She’d given him a hard time for doing the very same thing too often.