Heaven Must Wait, Part II
By Brenda B. Taylor


Times are difficult in Missouri after the Civil War. Families struggle to keep their property from creditors and outlaws. The desire of Ralph Wade’s heart is to marry the girl of his dreams, beautiful Leann Clark, but many obstacles stand in their way. Ralph finds love is not enough to persuade Leann’s father to give his permission for their marriage. John Clark wishes more than love for his daughter. He wants her husband to provided a good living with a secure future. Ralph is much too hot-tempered and unreliable in John’s eyes. Leann desires the dashing Ralph and defies her father to be with him. She believes her love is strong enough to see them through the hard times. Through adverse circumstances, the young couple struggle to keep the fires of their love and faith burning.


They reached the copse of willow, oak, and hickory trees beside the creek. Limbs of the willow hung low over the water, sporting light green and yellow leaves. The majestic oaks stood tall with the hickory nested close by. Brown hickory nuts in their hard shells covered the ground underneath. Leann had a favorite spot in a clearing that gently slopped to the water. The boys and Pa had worn the grass down from their fishing excursions. Sometimes the family brought a picnic lunch and spent the day. During the summer months they waded and swam in the water. Pa let the girls go without petticoats and swim in a blouse and light skirt. The boys swam in short cutoff pants without shirts. Leann thought this arrangement was unfair. She had seen swimsuits for women in Godey's Lady's Book, but Pa would not let them have one. He said they were immodest.


The creek water looked cool and inviting after the swift walk, so Leann sat down on a log and began removing her shoes. Ralph did the same, rolling up his pants legs. They waded the cold, shallow waters and listened to a robin sing in a willow. Leann held Ralph's hand with one of hers and pulled up the bottom of her dress with the other. She bent to watch the minnows nibble at her toes. A fish splashed in the deeper middle pool.


“I need my fishing pole,” Ralph said when the fish splashed the second time.


“Pa and the boys caught four big bass and several small perch the other day. They seem to be biting now. We had a great fish fry.” Leann's mouth watered just thinking about the good fried fish and potatoes.


“You're making me hungry.”


“Did you eat supper before you came?” She stopped and turned to look up at Ralph.


His eyes met hers, lingering for a while, then he looked around. “I wonder if John followed us? Because I'm about to kiss you right now.”


Ralph bent his head over hers and found her lips with his. He released her hand, pulling her close. She closed her eyes, letting her skirt fall to the water, then put her arms around his neck and returned his ardent kiss, matching the fervor. They lingered in the kiss and embrace for longer than usual, until the sound of a throat clearing broke the silence. Both dropped their arms and turned toward the sound. Tom, her oldest brother, stood on the bank with a fishing pole in his hand.
Buy Links:
Amazon 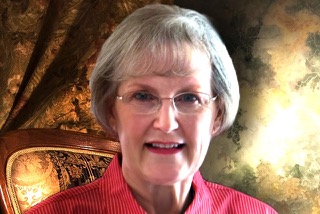 
The desire to write historical fiction has long been a passion with Brenda B. Taylor. Since elementary school, she has written stories in her spare time. Brenda earned three degrees: a BSE from Henderson State University, Arkadelphia, Arkansas; a MEd from Sam Houston State University, Huntsville, Texas; and an EdD from Texas A&M University, College Station, Texas; then worked as a teacher and administrator in the Texas Public School system. Only after retirement could she fulfill the dream of publication.


Brenda and her husband make their home in beautiful East Texas where they enjoy spending time with family and friends, traveling, and working in Bethabara Faith Ministry, Inc. She crafts stories about the extraordinary lives of ordinary people in her favorite place overlooking bird feeders, bird houses, and a variety of blooming trees and flowers. She sincerely thanks all who purchase and read her books. Her desire is that the message in each book will touch the heart of the reader as it did hers in the writing.