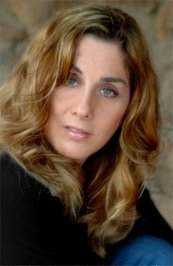 This week author Jacqui Jacoby, joins us with her tip. Award-winning author, Jacqui Jacoby a self-defense hobbyist and brings the strength she learned from the discipline to her characters.


When With a Vengeance came out two years ago, it was my first book and I wanted it to be something to remember.  I researched “launch parties” and everything I found on the internet was how to promote the books and get agents and editors to come to your bash.  What I found dealt with large venues that were rented and inviting the businesses in town with the town’s officials. It was all about sales and presence.


With my last book out last week, promoting was not what this party was about.


I took the concept of” launch party” and I pulled it into an intimate setting and started planning what I saw as the perfect way to celebrate years of hard work.


We had friends at the house.  We decorate to match the theme of the book. In this case, Bystander and Hollywood.


I wanted a celebration with my close friends and family of what I had accomplished.


Invitations were done word of mouth and by Facebook. Nothing fancy.


Food was planned; just a cake and ice cream with a variety of beverages.  For the cake, it took three calls in town to find a baker who could make one with a photographic image on it instead of mere icing. 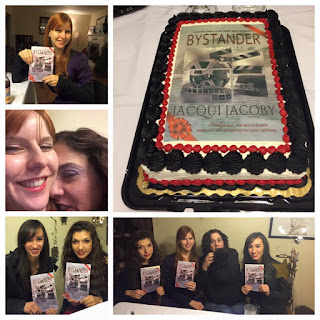 This cake has become important.  At every party, with every book, everyone wants to see the cake. The flavor? Whatever is the favorite of  heroine.  The music, whatever the hero likes best.

Suggested decorations for the venue:


- About six or eight small place cards set around the room with character facts. In my case “Beth doesn’t like chocolate” (above) and “Sean doesn’t listen to anything produced after 1979.”


- A playlist that represents your book playing softly in the background. For us, it was Sean’s classic rock.


- Recipe cards might be featured. One recipe that works for him, one for her. I made the Sangria that Beth loves and served it in cups the color that matched the cover of the book. Guests took the cards home.


- 8.5X11 covers of the book displayed in acrylic frames. Not only for this book, but others, if you have them. I put them around the room with a note on two: “Ask Me about My Next Book.” It was a great conversation starter.


- A couple of disposable cameras for guests to use to capture spontaneity.


- Most important: Your new release displayed. Stacks standing next to one that stands alone and strong. Keep a pen handy if someone wants a copy autographed. We sold ours at cost to our friends and family.

A Launch Party doesn’t have to be an official occasion to promote name and sales. Sometimes it can be a mere celebration of this wonderful thing you worked so hard to achieve. Let your family be there with you. Have your friends come and see why you were always so busy. And have fun. In the end, that’s all it is about sometimes!!

Too-playful-for-his-own-good, Jason Sullivan keeps himself busy working, hitting the gym, and dating the right girl for the right amount of time. He likes romance.  He loves to treat a girl right.


Jason hasn’t aged since the 1940’s while at school back east.  Whispers from new client, Maya Reyes of their first time, parties at school and what they could do together in the dark of a hotel room, leave Jason seeking advice from the roommates in his home.

Taylor Grant escaped Georgia to flee a broken relationship with a cheating fiancé.  Her convictions to stay single, stay away from men and give up sex all together will be challenged when the mischievous Jason she gets in his cross hairs.  Jason likes everything about her, from her Southern belle accent to the damn pearl earrings she always wears.

When the family comes under attack, taking causalities so sever, no one knows if they will be able to pull everyone back, the house falls into controlled chaos to bring them together.  Jason and his friends—Travis, Ian, Quinn and Evan--will unit as an unstoppable force that not even one greedy, vindictive pretty hag can expect. 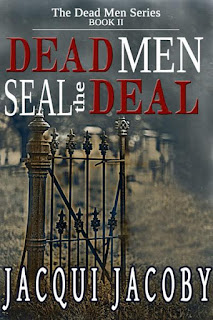 
“You can go ahead and suggest. It won’t bother me.”


He smiled, feeling more disappointed than he should. “Completely acceptable and still worth a tire change.”


She flustered. “Oh, no, that’s not what I meant. I meant I’ve given men up for lent. Only on a more long term basis.”


She laughed outright. “No.”


“It wouldn’t be worth your time and effort. I’ve totally given up sex and I won’t sleep with you, so you would be wasting your time.”


He finished cleaning up the jack, lug and wrench and put it all away.


“I wouldn’t even try. With that accent? Whispering sweet things in my ear in the dark? Would drive me right up the wall and break all my concentration and we would get nowhere.”


He stood across from her, his hands covered in grime and let his arms hang by his side. A sink was inside the gym in the men’s room but he didn’t want to take the time away from her to go take care of it. So he wiped his hands on his grey sweat pants.


“Gimme your phone,” he said, holding out his almost clean hand.


She reached into her bag and pulled it out, handing it over.


He fiddled with it, entering information then held it up in front of him to take a smiling photo. A second later it played four notes of a song and then stopped. He handed it back.


She checked her contact list and found him entered. Name, phone, address, birthday, e-mail. Twitter, Facebook. He had given her every way she needed to contact him, including his very own ring-tone now set to the Doctor Who theme, and added the photo to boot.


“I know electronics. Not a phone exists I can’t get into.”

You can find Jacqui at:

Thanks Jacqui for dropping by and sharing that great marketing tip.

Don’t forget to check back next week for another author’s tip or tweak.
Posted by darkwriter at 8:56 PM