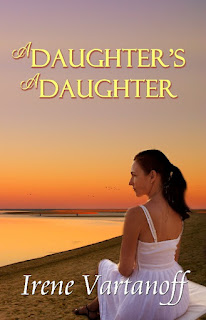 
What is Women's Fiction?


A Daughter's a Daughter, my second published women's fiction novel, has multiple point-of-view characters, not just one or two as in a romance. These aren't secondary characters. They each have a growth arc, and they make major contributions to the story.


My main character, Pam, is a widow who blossoms late in life. Losing her routine clerical job in the Wall Street meltdown forces her to wake up and make big changes. It's the kind of transition that resonates best when a character has already lived one kind of life to its logical conclusion: Pam married, had children, and kept a home, and then her husband died and her children grew up and went away. As the story opens, Pam begins to realize she has been on autopilot and all she has left now are the house and her memories. So Pam makes some changes, some difficult, some surprisingly easy. A woman of Pam's age is typically not the main character in a romance, but older women are often the stars of women's fiction novels. Her romance with Bruce complicates her life decisions.


My story also features Pam's estranged daughter, Linley, an ambitious twentysomething in cable television financial news. Typically, in a romance, a young character like Linley would be very sympathetic and have a charming personality. Nope. I wrote her as a selfish, immature b***h who outright uses her mother's job loss to further her own media career. Linley has major temper tantrums that eventually make Jason, her coworker and secret crush, wary of a relationship with her. She has lots of room for improvement. In a romance, Linley would mature completely and end up in the arms of her true love. Linley's story arc doesn't quite work that way, which again is a marker of women's fiction. We don't always have happy ever after endings.


And then there's Dorothy. I conceived her as a woman in her high eighties, looking back on a long and useful life and knowing she doesn't have much more time. A retired social activist, Dorothy lives in a gracious beachfront home on Long Island and seemingly has it all together. As Pam hesitantly interacts with her intimidating mother, Pam begins to see that Dorothy may have lost the ability to do for herself independently. Dorothy doesn't get a romance in this story, and she also isn't going to be magically cured of the increasing frailties of old age. She does find a new friendship in Bruce, the man who moves in next door. But since this is women's fiction, not a romance, Bruce has a secret agenda. He wants something from Dorothy, and he's quite willing to romance Pam at the same time.


As you can see, A Daughter's a Daughter isn't a simple story of boy meets girl. With five point-of-view characters interacting, and many serious issues between and among them, the chance for a romance novel's one big happy ever after ending isn't there. In women's fiction, we're satisfied if we see that the characters have dealt successfully with their major problems, and have moved on to a new stage in life or even just to a new understanding of what their life goals should be.


Linley looked up to find Jason looming above her, blocking her view of the rest of the café. He had a smile on his face and a cup of coffee in one hand. He looked entirely too handsome and confident. He had the kind of broad-chested body that did justice to a well-tailored suit. She knew exactly what he looked like stripped, which was even more exciting.


When she merely eyed him without speaking, Jason invited himself to sit next to her on the bench seat that stretched the length of the corner she was tucked into. He sat too close. His long, well-muscled leg touched hers.


“Ah, this is cozy,” he remarked, setting his cup on her table and making himself very much at home.


“What are you doing?” she asked, impatience evident in her voice.


“Getting comfortable. How was your day?”


His blandly delivered question nearly drove her to say something foolish, but she maintained her control. “Jason, I’m not doing this,” she warned.


“Spending personal time with you. It’s not happening.” Her last words rose in volume.


“I came by to tell you about our field trip.” Despite his denial, there was mischief in his eyes.


“Field trip?” What had he dreamed up now?


“Next week, you and I are taking the show to DC, where the regulatory action is. I’m not taking the whole group. It’ll be just you and me.” He spoke that phrase as if he savored it. He made it sound very intimate. What was Jason up to?


“We’re there for an afternoon and then come home?”


Ah, now she got it. Jason was happy because he had maneuvered her into being his date for the evening. Probably he also hoped they’d hook up.


Huge temptation. They would be alone, no scrutiny from coworkers. They could spend the whole night in bed. Get to know each other’s bodies intimately.


“Sure, blame him,” she said, barely veiling her anger.


“I want to spend time with you,” he said. His dark eyes sized her up, lingering at her lips and her breasts appreciatively. “You’re elusive at the station. You won’t see me outside of work. Can you blame me for arranging for us to be together?”


She shivered. It had been difficult to hold back her desire when she’d thought she was alone in it. Now Jason was openly declaring his determination to have her. How was she going to resist him?


“We won’t be together,” she insisted.


“Yes, we will, Lin.” He gave her his patented, direct stare that held the camera on his face for a long fade out. “Count on it.”


Hadn’t she been fretting daily because he’d played it cool all these months? Then why all of a sudden did she feel hunted?


A Daughter's a Daughter is available at Amazon at http://amzn.to/1T9FgCU 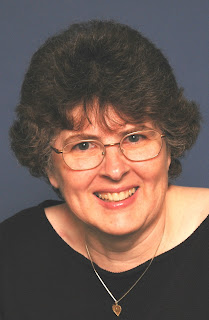 Award-winning author Irene Vartanoff combined her love of romances and comic books by working for Marvel Comics and DC Comics as well as Harlequin, Bantam, Berkley, and My RomanceStory.com. Her first superhero adventure novel, Temporary Superheroine, was quickly followed by a sequel, Crisis at Comicon. A third superhero adventure for Chloe is on its way. The Selkirk Family Ranch series of sweet contemporary romances starts with Captive of the Cattle Baron, followed by Saving the Soldier. Tess's story is in the works. Irene's women's fiction novels to date are Summer in the City and A Daughter's a Daughter, with more soon to be published.