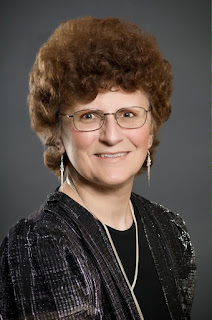 This week author Elysa Hendricks joins us with her tip. Elysa Hendricks is 5'6" tall. She has brown eyes and curly hair. She's a writer, a wife, a mother, and a daughter, everything else is subject to change without notice.


There are basically two kinds of plots: character driven or event driven.  So, focus on interesting characters or unusual situations, and then play “What If…”


Your character’s motivation for reaching his goal is what creates plot.  What does he want?  Why does he want it?  And how is he going to get it.


But without conflict, there is no plot, at least not an interesting one.  So determine why your character can’t achieve his goal?


There is a difference between “complex” and “complicated.” Plots can be intricate in detail and yet simple in focus.


The Plot is usually developed in the first two-thirds of the story, leaving the last third for the climax and plot resolution.


The climax or dark moment, as it is sometimes called, is the emotional point in the story when the character has reached a point of no return and must face his problems.  Afterwards, the story needs to come to a swift conclusion.


In a longer novel, subplots are used to sustain reader interest.


The primary purpose of a subplot is to show aspects of the protagonist’s character.


Resolve your subplots with a “domino effect”.  As each subplot is resolve the protagonist gains something, making him better equipped to achieve his story goal.  Usually, the main plot is resolved last. 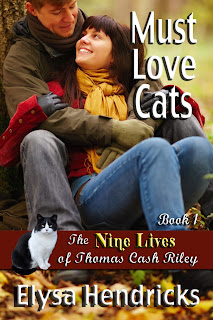 "Not so tight, Little Bit," I told the Alana as she carted me into the house. My ribs felt crushed and my hind legs were going numb from dangling and a lack of proper circulation. This is the thanks I got for getting involved. I should have known better. No good deed ever went unpunished.


"Okay," she mumbled into my fur and eased her death grip.


For some reason the kid could understand the mews and squeaks that came out of my mouth. Praise the Lord.


"Give him here, Sweetheart."


Before she could object the man plucked me out of the kid's hold. Not that being carried by him was much more comfortable. He held me as far from his body as his arms would reach, as if I had fleas, which I assuredly did not. But at least he supported my entire form rather than letting me dangle by my front legs, my hind paws and tail dragging on the ground.


For the first time since I'd arrived back on Earth in my current incarnation as a cat I took a good look at the guy and though my recollection of my human life was woefully incomplete, I realized I knew him.


Like old home movies, images of my past flickered in my head, filling in some of the holes in my memory. Daniel James Bishop. Stick up his butt, never a hair out of place, perfect Daniel from boarding school hell.


Memories of how I'd bullied the quiet boy Daniel had been, the mean words and pranks I'd played on him, popped into my mind and filled me with an unexpected and long overdue sense of shame. I'd taken my childish anger - though what I'd been angry about I had no clue - out on someone who never did anything but try to be my friend.


This was who I was here to help? Why? The man had everything - movie-star good looks, money, an adorable little girl - what could I help him get that he didn't already have?


Love. Your challenge is to help him find love.


The familiar voice of the glowing being sounded the words in my head.


Double damn! Help him find love? I wasn't even sure love existed.


Thanks Elysa, for dropping by and sharing that great marketing tip.


Don’t forget to check back next week for another tip or tweak.
Posted by darkwriter at 9:17 PM