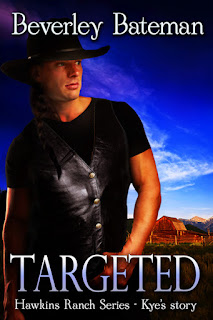 It’s been slow getting ‘Targeted’ edited. It’s the third book in the series about the Hawkins brothers and I really want it to be a book you’ll love. I’m so close. I’ve finished editing it twice and have sent it to my proof reader. Hopefully it will be back by the end of the month. Then I’ll need to edit it with the corrections and get it formatted. So I’m looking at the end of October.


“What are you going to do with that?”
"I was going to give it to the Sheriff. Duster still has a Sheriff doesn’t it?”
Posted by darkwriter at 10:16 PM