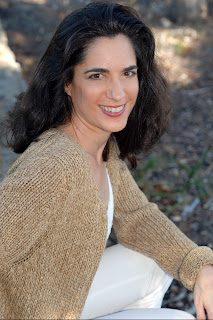 This week author Kristin Wallace joins us with her tip. Kristin is the USA Today Best Selling Author of inspirational and contemporary romance, and women’s fiction filled with “love, laughter and a leap of faith”.


Don't have one this week. 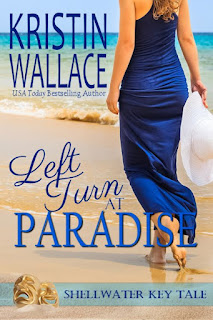 
I have a mortgage. A lease on a new luxury car. I am an unabashed shopaholic and like regular meals. I need a new job. A new career. A whole new life.


Layla McCarthy tried to quell the panic as she pictured the pile of bills waiting for her at home. Bills she had no way of paying thanks to her now empty bank account.


A human hurricane had struck her life, leaving her business, LM Concepts, strewn across the landscape. Her passion, her baby, the one thing that had never disappointed her…gone. All because Layla’s business partner had fallen in love and decided to abscond with him…and the company funds.


She really should have decked him.


The moment Melanie’s spray-tanned, Euro-trash boyfriend had used kissing the back of Layla’s hand as a cover for looking down her shirt, she should have decked him. As a green-eyed blonde with a body that screamed bombshell, Layla was used to leers and suggestive comments, even from her friends’ significant others. Usually, they tried to be discreet about it though. Julian hadn’t even made an effort.


For Melanie’s sake, Layla had restrained herself.


She’d wound up losing everything for her trouble. Whatever had been left after Melanie fled had gone to pay vendors, a private investigator who was still sending her invoices for what looked to be nothing more than internet searches, and an outrageously expensive bankruptcy attorney. Layla might have held strong and kept going, except her clients took a hike too, unwilling to stay aboard a ship that had Titanic written all over the bow.


She’d known this day would be difficult, but she hadn’t expected the gut-wrenching sense of loss. The soul-shattering knowledge that she was a failure at thirty. Failing was something Layla never did.


She walked to the window and looked down at the street. From this vantage she could see both downtown Miami and Biscayne Bay. Traffic flowed on Biscayne Boulevard, the cars looking like giant ants marching back and forth—all racing to get somewhere, while Layla’s life had come to a screeching halt.


“This is awful,” a voice said from behind her. “It feels like someone died.”


Something had died. Her marketing business, her reputation, and her sense of financial security had all been killed by a backstabbing partner and a playboy with orange-hued skin.


Layla looked over her shoulder at her secretary. Kelly had been crying ever since they’d arrived to gather what remained of the business and close up shop for good. She dabbed at her eyes and nose before crumpling up the tissue and tossing it in the garbage can.


Layla moved to the desk and emptied the last drawer into a trash bag. “I can.”


Layla paused to wave her arms around the nearly empty office. “Hello? I should have known better, but I thought Melanie was too logical to lose her head over any man.”


Kelly sighed. “Julian was so gorgeous, I can almost – almost – understand. I don’t know how many times Melanie told me she couldn’t believe a man like him would want her.”


“No, but for someone like Melanie who’s never had men notice her that way—” Kelly glanced over. “Maybe you wouldn’t understand. Men always notice you.”


Layla heard the unspoken assumption that she had men falling to their knees. Why did no one consider that her looks were not always an advantage? That she’d had to work overtime to prove herself to coworkers and bosses who were convinced that an extra dose of cleavage meant all the brain cells had been sucked out of her head. It’s why she’d started LM Concepts in the first place.


She could have told Kelly all of that, but Layla didn’t have the emotional energy to fight the world’s misconceptions.


An awkward silence descended as Kelly realized she’d stepped into a minefield. She swallowed and looked away. “So…what now?”


Layla took a deep breath, trying to ignore the hitch in her chest that spelled tears. She hated crying almost as much as failing. “We move on.”


“Right.” Kelly gave Layla a hug and then picked up her box of personal belongings. “I’ll see you.”


Layla waited till Kelly was gone before hanging her head. Her eyes stung, and she blinked to clear her vision.


What does come now?


Her cell chirped, and she glanced at the display. Gran.


Layla contemplated ignoring the summons. If she talked to her grandmother right now she’d break down completely. But if she didn’t answer, Gran would only call back again and again until Layla picked up. Barbara McCarthy could be relentless, and she could sense despair even over a couple hundred miles of digital wiring. There was a reason Layla had graduated valedictorian of her high school class, gotten a scholarship to Duke, and then blazed a trail up the corporate ladder until she’d decided to start her own business. And it could all be laid at the feet of her grandmother, the first female surgeon in Layla’s hometown of Shellwater Key, Florida.


Well, best to get it over with. She clicked the button to answer her phone. “Hi Gran.”


“If I know you, you’re staring at an empty office, feeling sorry for yourself.”


Her throat closed. “Yep. Over. Finito.”


“Now, honey, you know that’s not true. This is only a bump in the road. You’ll land on your feet again. You just need some time to decide where you want your life to go.”


“I want it to go on running LM Concepts.”


Her grandmother chuckled and despite the ache, Layla’s heart lifted. “I know you do,” Gran said. “But I also know there is something even better for you out there.”


“I can. I even have an idea of that something.”


Layla gazed out at the bay. The cruise ships were in port, readying to depart on an exciting sea voyage. Maybe she could chuck it all and take off with them. Spend a couple weeks doing nothing but sipping cocktails by the pool. Parasailing, scuba diving, exploring old forts or a rain forest. It might blow the rest of her savings, but hard work and tenacity had left her with exactly nothing. A little partying might do the trick.


She shook off the errant thought. “Yes, of course. You said you had an idea for me.”


“I will never understand how you can repeat back what I say word for word when I know you weren’t paying attention.”


“It’s a coping mechanism I learned, to make it through agonizing business meetings,” Layla said, feeling her mouth stretch into a smile. The movement felt almost foreign. “What’s your brilliant idea for getting my life put back together then?”


Layla stifled another groan. She should have known her great-aunt was involved. Grace-Anne was her grandmother’s younger sister, and the two women could not have been more different. Barbara was practical, cynical, and bold. Grace-Anne was sweet, romantic, and biddable. Despite their differences, they were extremely close. Their bond had survived college—although only Barbara had gone—marriage, and the premature deaths of their husbands. It had grown even stronger with the raising of a child who’d been abandoned by her mother.


That would be Layla.


Grace-Anne was – to put it politely – a bit of a ditz. She was one of those people who’d turn over her life savings to any whack-job with a sob story about his family living in some dirt-floor hut back home and how he was working to bring them to the U.S. for a better life.


Layla straightened, all thought of a Caribbean cruise chased from her mind. “I’m sorry. What?”


“Why would she do that? And where did she get the money? Did some swindler—”


“No, no…she still has the money Harold left her.”


“I’m surprised she has any left. She’s been trying her best to give it away to every hard-up Tom, Dick, and Harry in the state of Florida.”


“There are no swindlers involved. The couple that owned The Paradise retired and moved away several years ago. Now they’ve both passed, and their children didn’t want to keep it. The theatre was in danger of being shut down and turned into a fancy spa. Grace-Anne couldn’t bear the thought of that so she bought it. You know she has a thing about that place.”


A smile pulled at Layla’s lips despite her own misery. “Because of Derek the Wonderful.”


Derek, the struggling actor, who’d played a bit part in a long-forgotten production at The Paradise. He’d had a starring role in her great-aunt’s life, as Grace-Anne’s tragic first love. Growing up Layla had heard the tale of love and loss recounted more times than she could count.


“Yes, Derek,” Gran said, without a touch of wistfulness in her tone. “All these years later and that young man is still wreaking havoc in my sister’s life.”


Layla sighed. “It is crazy for Aunt Grace to sink her money into a business out of nostalgia, but what does this have to do with me?”


“Grace-Anne isn’t a business woman, and she hasn’t done any theatre since she was a teenager. I’m afraid she’s going to lose everything, and even Harold’s money might not be enough to cover it all. I thought maybe you could help.”


“How?” Layla’s head started to pound. “I don’t know anything about plays, either.”


“You do know about running a business, though. The Paradise has been closed up for so long that people have sort of forgotten about it, but with your marketing background you’d know just what to do.”


The pounding escalated to a jackhammer. “I can’t just pick up and leave Miami. I have to look for a job. What about my condo?”


“It wouldn’t be forever, and I’m sure you could find someone to sublease your place. That would bring in some money every month at least.”


Layla rested her head against the window. Return to Shellwater Key. To live. Going back was the last thing she wanted to do. If the bad memories didn’t kill her, boredom might. Shellwater Key gloried in its small-town hokeyness, having resisted the type of tourist gimmicks that had claimed most of the beach towns along Florida’s southwest coast. Unfortunately, she didn’t have many other options.


“I’m helping as much as I can, but neither of us are getting any younger. I just don’t know if I have the energy anymore.”


Layla couldn’t remember her grandmother ever admitting to weakness. Never known her to complain. Even so, Layla couldn’t deny that her grandmother was getting older. If she didn’t go and something happened to Gran or Aunt Grace, Layla would never forgive herself. They had both sacrificed so much for her. Both tried to fill the void in a motherless child. Now it was Layla’s turn to make the sacrifices.


“Don’t you dare give yourself a heart attack or something, Gran. I’ll be there as soon as I can.”


“Thank you, Baby. We’ll get your room ready for you.”


Thanks Kristin, for dropping by and sharing that great marketing tip.


Don’t forget to check back next week for another author’s tip or tweak.
Posted by darkwriter at 11:09 AM