1. New Release-Make Me Surrender part of boxed set Brought to His Knees 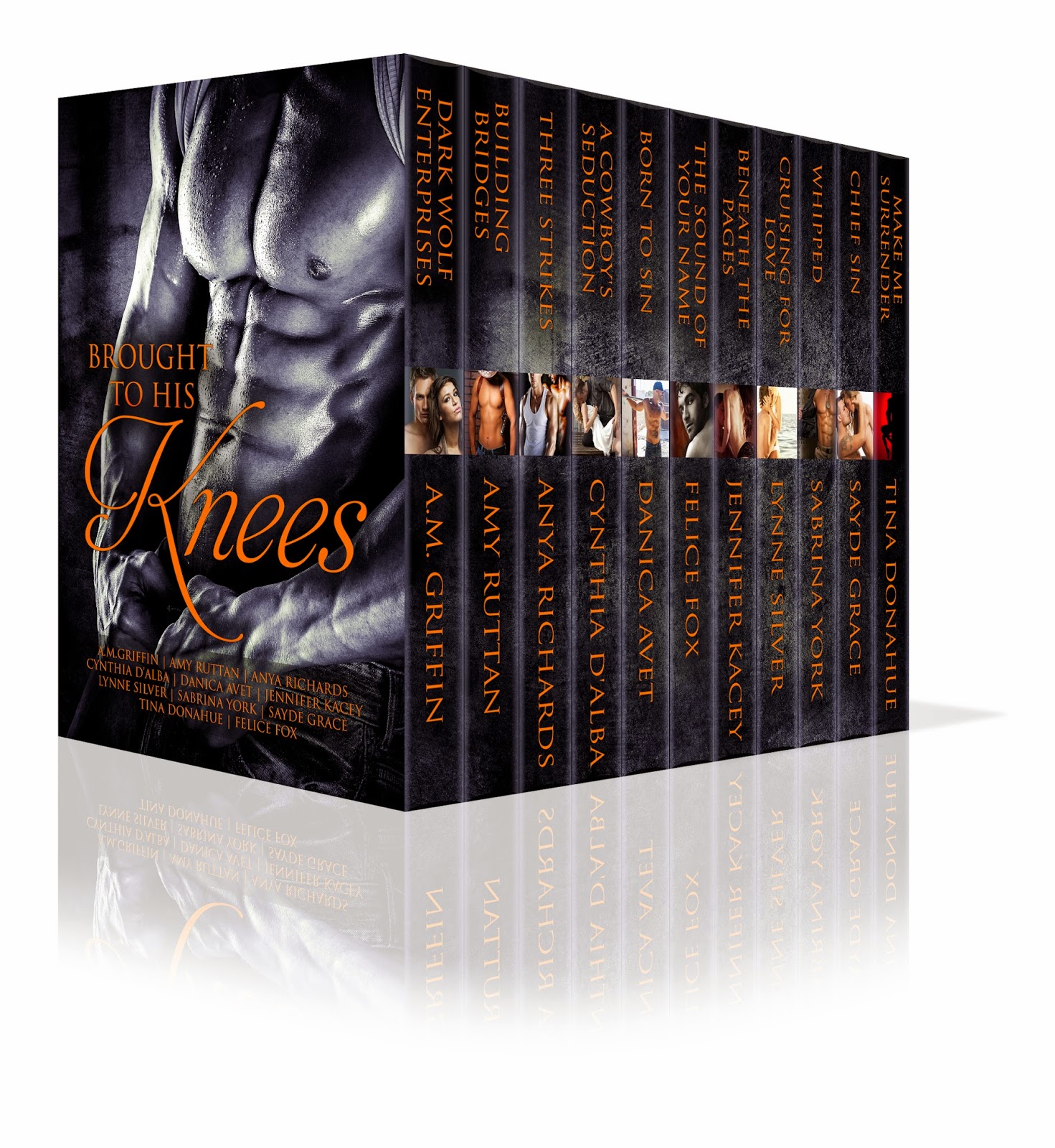 Blurb from Make Me Surrender (ménage)
She has a proposition…to win their attention, passion, hearts.
For over a year, Mercy’s had her eye on Travis and Dutch, two of the hottest guys on the Oregon coast. Dark and dangerously virile, Travis owns a saloon that caters to bikers. Dutch looks like one, right down to his impressive tats, and operates a motorcycle repair shop on the premises.
When a position opens in the saloon’s kitchen, Mercy sees a way to be near these sinfully sexy men, wanting the job and lodging, her cabin snuggled between theirs.
Travis isn’t so sure about having Mercy nearby. She’s deliciously curvy, but too nice. He’s into temporary fun. To Dutch, forever is a dirty word.
Imagine their surprise when sweet little Mercy encourages wild nights of carnal pleasure with a dash of bondage and spanking…followed by friendship and tenderness.
Before she’s through, these tough guys will be the ones who’ve surrendered. 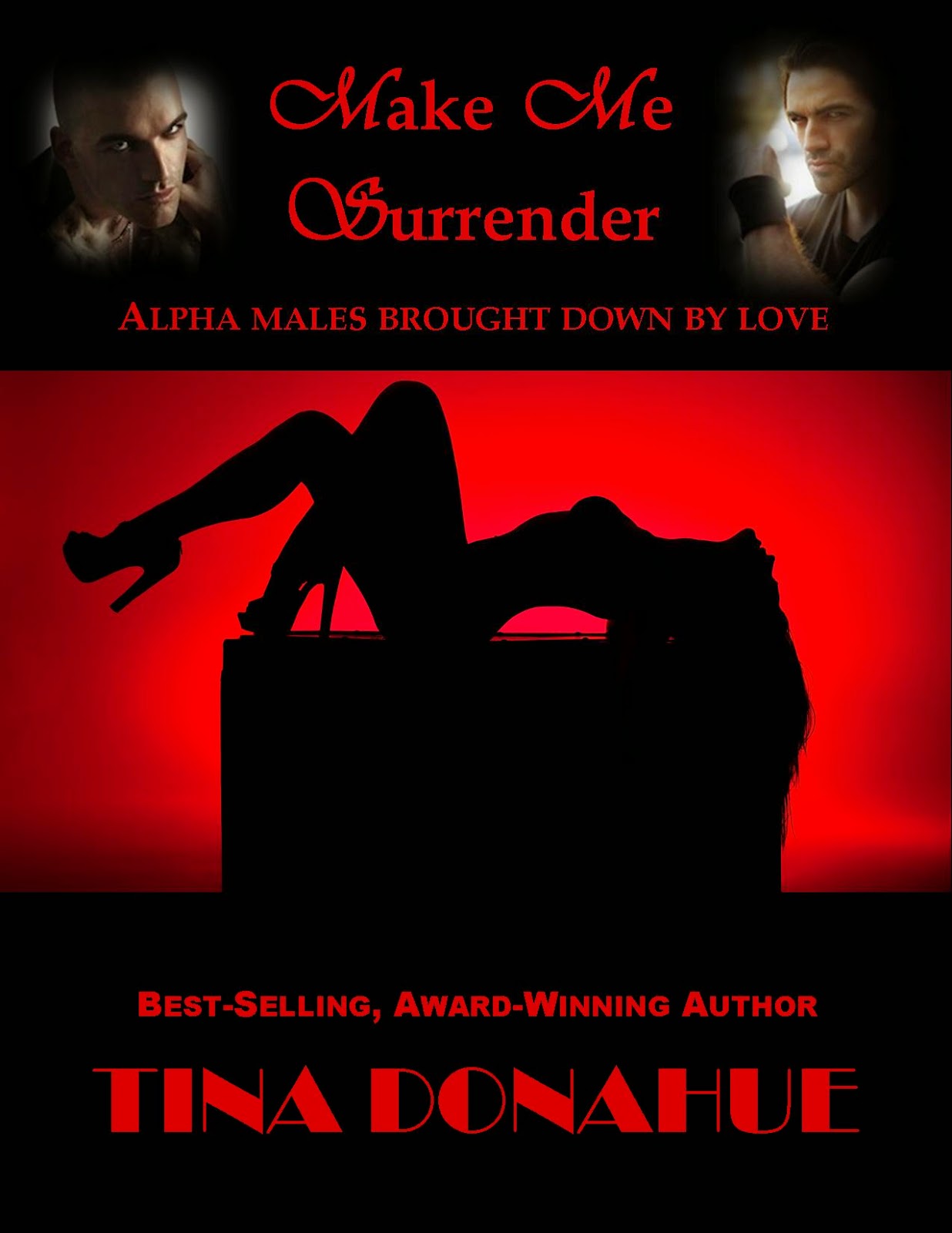 Excerpt
Travis slammed the pickup’s door and went around to the bed.
Mercy reached it just as he did. “Can you hand me the cooler?” She pointed to it.
She’d painted her nails the same shade as her lips. He recalled her finger in his mouth, how good the frosting and her skin had tasted. A sudden shock of heat spread from Travis’s belly to his crotch.
“There’s a fridge inside, right?” she asked.
It took him a moment to catch up. He nodded. “Your own private bath too.” Just in case she’d planned to use the one in Dutch’s cabin or his, driving both of them over the edge.
“Thanks.” She took the cooler from him and pulled out a single-wrapped Popsicle. Cherry-flavored. “Want one?”
Travis’s answer died in his throat at her tongue snaking around the tip of the pop. She worked the treat between her lips, in and out, as she would a man’s stiffened rod. Unable to speak, he shook his head.
Mercy licked the corners of her mouth, her tongue stained scarlet. “If you do later, go ahead and take as many as you want. Sure is hot today.”
His damn underwear was practically smoking.
After giving him another smile, she followed her girlfriend to the cabin. Like a lovesick puppy, Travis followed, staring at Mercy’s plush ass, the backs of her thighs. All that pale, smooth skin had him breathing hard.
She stopped. He couldn’t, at least not quickly enough, and bumped into her, his cock snuggled against her butt. Mercy looked over, submission in her eyes, a drop of Popsicle juice on her lower lip.
It glittered in the afternoon light, inviting him to taste its sweetness, the cushiony comfort of her mouth.
With a shitting lot of willpower, Travis stepped back, letting Mercy lick her lip before he did.
On a sigh, she turned from him and considered the cabin’s interior again. Bright and clean, smelling of disinfectant and Febreze. He and Dutch had worked on the damn place for hours.
“Wow. This is really nice.” Mercy touched the wooden bed frame, small kitchen set, and freshly washed curtains as though they were made of gold.
Travis wondered what she would think of his old place in one of San Francisco’s most exclusive high rises, or his parents’ many mansions. He’d willingly walked away from so much when she hadn’t had the choice. Rotten luck had caused her to be alone, to work at Fast Fill and here in order to take care of herself.
Mercy didn’t seem to mind or care about money at all. In that they were so alike, making Travis admire and like her even more.
She offered a grateful smile. “You did an awesome job.”
“Way better than Carl would have,” the girl with her gushed, then added, “I’m Jill by the way. Carl’s my guy. That’s his pickup you drove,” she said to Travis. “Thanks for not hitting anything with it.”
Dutch chuckled.
Mercy gave him and her friend a disapproving look. “Travis wasn’t driving that fast. He’s just in a hurry to get me moved in. Do you have plans later?” She spoke to him and Dutch. “Either of you? Am I interfering?”
Travis had thought about calling one of the women he knew, maybe grab a pizza, catch a movie, screw until they were both raw then call it a night. “Nope. Dutch probably does.”
“I don’t,” he said immediately, and smiled at Mercy. “We’re all yours.”
She nodded slowly and licked the length of her Popsicle.
Travis’s throat constricted. He cleared it and said, “After we bring in your things, we’ll set up the ground rules for this arrangement.” He gestured to Dutch. “Let’s go.”
When they reached the pickup’s bed, Dutch spoke quietly. “Ground rules? You mean her hours of work. What she’s supposed to do.”
“Yeah, along with you keeping your jeans zipped and wearing a damn shirt when she’s around.”
“Like you’re doing? Oh wait, you’re not.”
“I didn’t wrap my arm around her.”
“It was a friendly gesture. Hell, I do the same with my grandmother. It’s not a felony.”


Why should you buy this book- For less than the cost of a cup of coffee, you get 11 NEW romances from your fave romance authors about Alpha males brought down by love.
2. New Release-Cypher 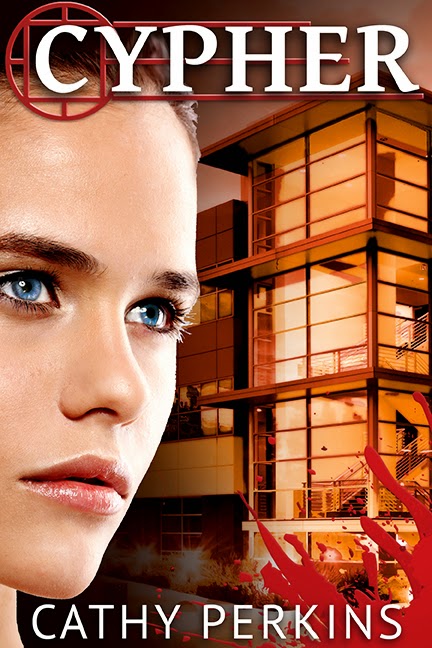 
Cara Wainwright thinks life can’t get tougher when her mother's cancer becomes terminal—until she returns home from the hospital and finds a courtyard full of police officers and her houseguests dead.


Greenville, SC Detective David Morris, is unsure if Cara is the suspect or the intended murder victim. Searching for insight into her family, their mounting secrets, and the conflicting evidence from multiple crimes, his attraction to Cara complicates his investigation. Is the lure need, manipulation—or real?


While David pursues forensic evidence, Cara pushes for answers about her father's possible involvement, for at the center of the mystery stands Cypher—the company her father built and will take any measures to defend.


When the assassin strikes at the heart of the family, Cara and David have to trust each other and work together to stop the killer before he eliminates the entire Wainwright dynasty.
Buy Links: 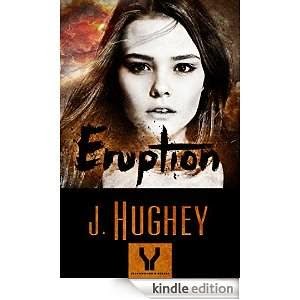 4. Available Now - If My Heart Could See You 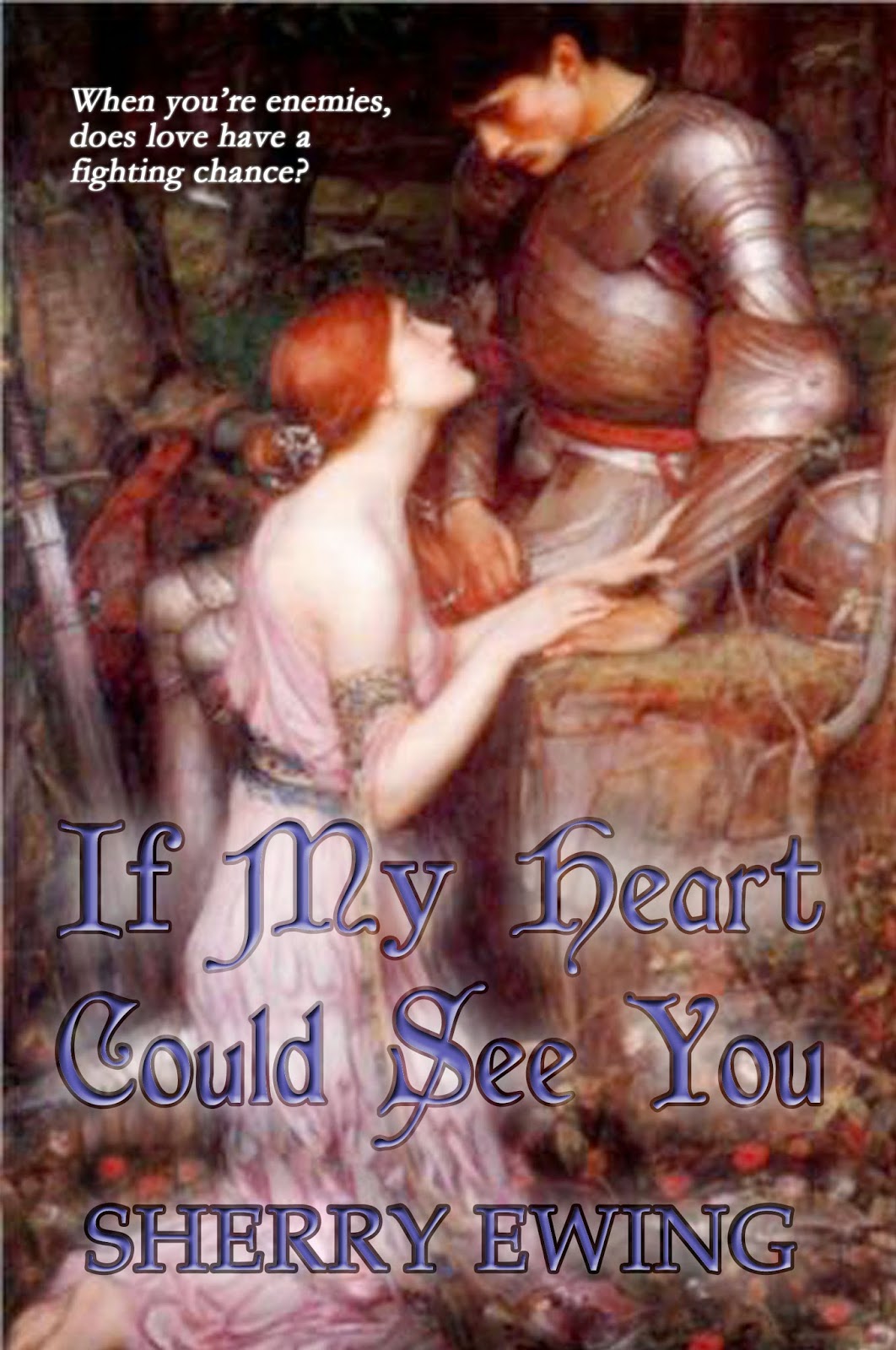 If My Heart Could See You is Sherry Ewing’s debut historical romance set in the twelfth century at the border of England and Scotland. Two days after the paperback release, it hit Amazon’s top 10 Bestseller and Hot New Release lists in several categories. Reviewers are giving it 5 Star’s and saying they couldn’t put it down!


When you’re enemies, does love have a fighting chance?
For Amiria of Berwyck, defeat does not come easily as she watches her home and clan being ripped asunder. When the very enemy who has laid siege to her home demands her fealty, she will do whatever it takes to protect her people including a hastily concocted ruse that quickly begins to unravel. All too soon, she starts to question whether she can forgive herself for betraying those she has sworn to protect.
Dristan of Blackmore, champion knight of King Henry II, has a reputation to uphold as the Devil’s Dragon. After his invading army conquers Berwyck castle, he sets out to manage the newly claimed estate by training its knights in the art of proper defense. At first, everything appears as it should be, or is it? Betrayed by those he believed he could trust, he must first set aside his anger before he can make room in his heart for love.


Together they are tied by an unspoken bond. As they begin to rebuild the land and unite their people, forces beyond their control attempt to tear apart their fragile truce and only time will tell if love will forever bring them together.

5. And we have a Free Book – Conceived in Blood 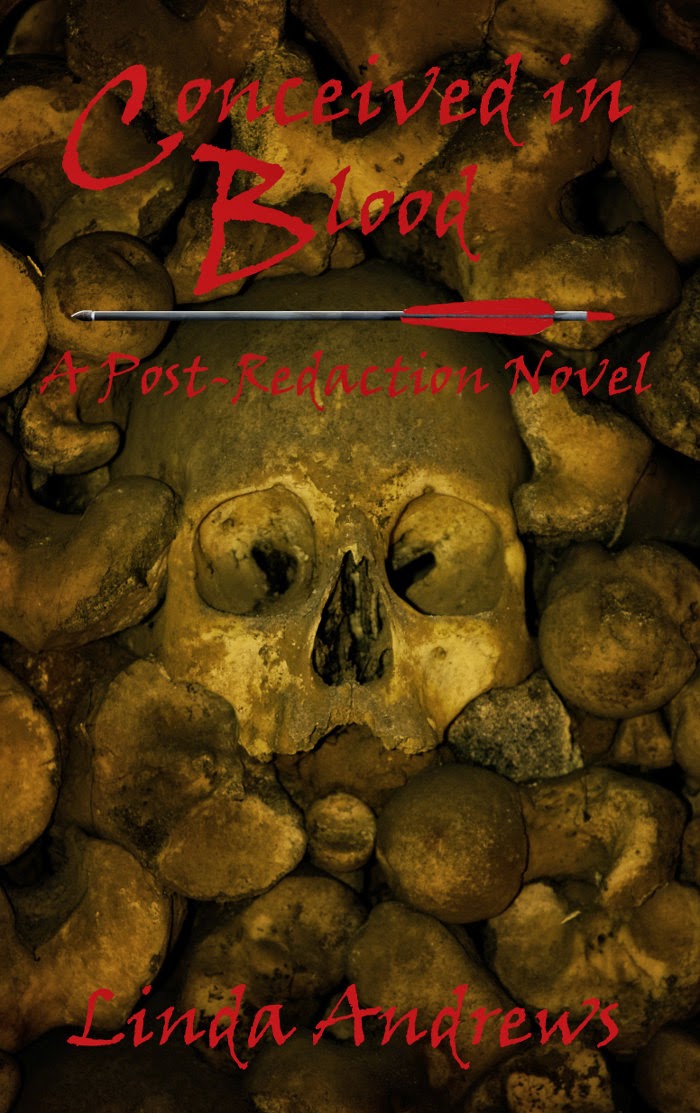 It's free until mid-September and is a post-apocalyptic horror story with cannibals. It has violence, swearing and gore:D


A hundred years after the apocalypse, four groups of survivors are on a collision course.
A prodigal daughter will uncover a conspiracy with deadly repercussions.
A raider will fight to complete his bloody mission.
A grandfather desperate to save his sick granddaughter will do anything to get her medical treatment.
A mother will make a horrible  choice just to survive.
Post-Redaction: Humanity's next chapter will be written in blood..


Download links:
Smashwords: https://www.smashwords.com/books/view/306325
Kobo: http://store.kobobooks.com/en-US/ebook/conceived-in-blood-a-dystopian-novel/m0r4ScpdbkSBo9lLYOxhLQ
iBooks: https://itunes.apple.com/us/book/conceived-in-blood-post-apocalyptic/id637848399?mt=11
amazon: http://www.amazon.com/Conceived-Blood-Post-Apocalyptic-Dystopian-Novel-ebook/dp/B00CCS5IAU/
Barnes and Noble isn't available
If you have news next week be sure to let me know.
Posted by darkwriter at 8:44 PM