Finally I've managed to read and write a couple of book reviews. I'm traveling and now at beautiful Beverly Beach on the Oregon Coast so I managed to get some reading done. I usually try to read and review Indie pubbed books, but these are a couple of traditional paperbacks I brought with me.

FOUL PLAY AT THE FAIR by Shelley Freydont 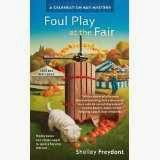 This is a fun read. It’s the first in the Celebration Bay series. We’re reminded of a cozy mystery story and Miss Marple in the Agatha Christie stories is a young Liv Montgomery.  An event planner recently moved to Celebration Bay from Manhattan.  With her dog, she hoped to start a new life and immediately falls in love with Celebration Bay, a town who depends on its festivals and celebrations to bring in the tourists.


When a body turns up in a cider barrel during the fall harvest festival it has to be covered up so as not to ruin the festival and then solved before the Halloween festival. Otherwise Liv could lose her job. She’s a delightful character, but there are many other charming and well-developed characters in the book to keep you interested and turning the pages to see if they find the killer in time to prevent the cancellation of the Halloween festival. Clues are planted and explored as the people continue their normal lives, and planning the next festival.


It’s an enjoyable read and I look forward to the next book. 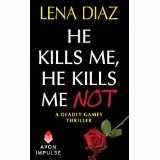 This is a well-written romantic suspense about a serial killer.  Amanda Stockton was brutally attacked by a serial killer and managed to escape with her life. The other, kidnapped at the same time was killed. Amanda feels guilty that she escaped but lives in terror that he might find her again. She seldom leaves her home.


Logan Richards was born and raised in Shadow Falls. He became a policeman but ten years ago when he let a killer escape he left Shadow Falls and moved to New York to learn never to make that mistake again. He carries the guilt of that mistake with him still. Now he’s back and the Chief of Police – and a serial killer has hit again. The only person who has any knowledge of the killer is Amanda. She has to face her fears and help Logan before the killer strikes again. But everything is complicated when their emotions take over.  And compounded bu t both their history of guilt.


The killer is suggested at the beginning and clues are shared to help hide the identity, but when it’s revealed it’s not a surprise.  Will Logan make the same mistake again? Can they identify the killer and stop him before he kills again? And can they make a relationship between to damaged individuals work?
Anyone have any comments?