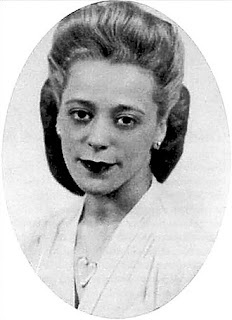 Viola Desmond was born Viola Davis, July 16, 1914, in Halifax, Nova Scotia. She was a civil rights activist and businesswoman and beautician of Black Nova Scotian descent. She married Jack Desmond. In 1946, she challenged racial segregation at a cinema in New Glasgow, Nova Scotia by refusing to leave a whites-only area of the Roseland Theatre. For this, she was convicted of a minor tax violation for the one-cent tax difference between the seat that she had paid for and the seat that she used, which was more expensive. Desmond's case is one of the most publicized incidents of racial discrimination in Canadian history and helped start the modern civil rights movement in Canada. She died on February 7, 1965.

In 2010, Desmond was granted a posthumous pardon, the first to be granted in Canada. In 2016, the Bank of Canada inaccurately announced that Desmond would be the first Canadian woman to be featured on the front of a Canadian banknote, but that honour went to Agnes Macphail, who appeared along with three men on a small print run commemorative note issued in 2017 to mark the 150th anniversary of Confederation.

In late 2018, Desmond became the first Canadian woman to appear alone on a Canadian banknote — a $10 bill which was unveiled by the Finance Minister on March 8, 2018. Desmond was also named a National Historic Person in 2018. 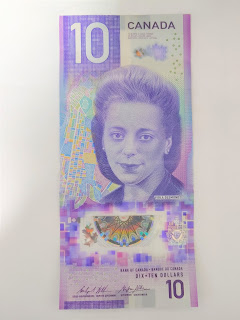