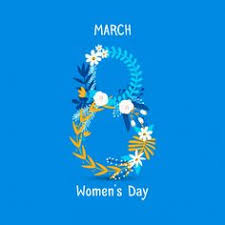 The 2021 UN theme for International Women's Day is "Women in leadership: Achieving an equal future in a COVID-19 world", highlighting the impact that girls and women worldwide had as health care workers, caregivers, innovators, and community organizers during the COVID-19 pandemic. Its associated Hashtag will be #IWD2021 and #InternationalWomensDay.

International Women's Day is a global holiday celebrated annually on March 8 to commemorate the cultural, political, and socioeconomic achievements of women. It is also a focal point in the women's rights movement, bringing attention to issues such as gender equality, reproductive rights, and violence against women.

IWD originated from labor movements in North America and Europe during the early 20th century. The earliest version was purportedly a "Women's Day" organized by the Socialist Party of America in New York City, February 28, 1909. After women gained suffrage in Soviet Russia in 1917, IWD was made a national holiday on March 8. The holiday was associated with far-left movements and governments until its adoption by the global feminist movement in the late 1960s. IWD became a mainstream global holiday following its adoption by the United Nations in 1977.

It is a public holiday in several countries. The UN observes the holiday in connection with a particular issue, campaign, or theme in women's rights. In some parts of the world, IWD still reflects its political origins, being marked by protests and calls for radical change; in other areas, particularly in the West, it is largely sociocultural and centered on a celebration of womanhood.

IWD initially had no set date, though it was generally celebrated in late February or early March. Americans continued to observe "National Women's Day" on the last Sunday in February, while Russia observed International Women's Day for the first time in 1913, on the last Saturday in February (albeit based on the Julian calendar, as in the Gregorian calendar, the date was March 8). In 1914, International Women's Day was held on March 8 for the first time in Germany. As elsewhere, Germany's observance was dedicated to women's right to vote, which German women did not win until 1918. Concurrently, there was a march in London in support of women's suffrage.

IWD remained predominantly a communist holiday until roughly 1967 when it was taken up by second-wave feminists. The day re-emerged as a day of activism and is sometimes known in Europe as the "Women's International Day of Struggle". In the 1970s and 1980s, women's groups were joined by leftists and labor organizations in calling for equal pay, equal economic opportunity, equal legal rights, reproductive rights, subsidized child care, and the prevention of violence against women.

By the twenty-first century, IWD has been criticized as heavily diluted and commercialized, particularly in the West, where it is sponsored by major corporations and used to promote general and vague notions of equality, rather than radical social reforms. In 2009, the British marketing firm Aurora Ventures set up an "International Women's Day" website with corporate sponsorship. The website began to promote hashtags as themes for the day, which became used internationally.

Thank you, Wikipedia for most of this information. 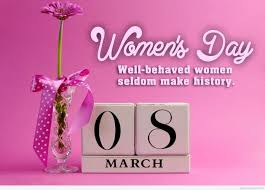 Posted by darkwriter at 5:48 PM