M.S. Spencer and her Latest Book. 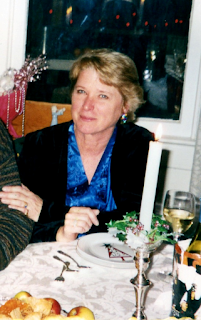 Although she has lived or traveled in every continent except Antarctica and Australia (bucket list), M. S. Spencer has spent the last thirty years mostly in Washington, D.C. as a librarian, Congressional staff assistant, speechwriter, editor, birdwatcher, kayaker, policy wonk, non-profit director and parent. Blessed with two fabulous grown children and an adorable grandchild, she has published ten romantic suspense/mystery novels. She now divides her time between the Florida Gulf coast and a tiny hamlet in Maine.


Thanks so much for having me today. I’d like to talk about my cozy mystery/romantic suspense, The Mason’s Mark: Love and Death in the Tower and let your readers in on a brand new excerpt.

Old Town Alexandria, founded 1749, is a thriving Colonial-era city, complete with cobblestones and Federal-style row houses. Laid out in a well-ordered grid, King Street runs in a straight line from the Potomac River to the George Washington National Masonic Memorial, where most of the action in The Mason’s Mark takes place. To its south lie Prince and Duke Streets and to the north Cameron, Queen, and then Princess. The mystery of how Cameron had come to insert itself between a King and his Queen is unclear.


Alexandria is very much a southern city—with all the charm and dilatoriness of that wonderful region and a perfect venue for the intrepid duo Claire calls the Marples.


Complicating the affairs of both our hero and heroine, but also of the villains, are two unlikely characters. Letitia Canfield, Claire’s mother, meets Andromeda Miller Bliss, Gideon’s mother, in Paris and they immediately hit it off. Being naturally inquisitive and terrible snobs, they take charge of both their victims’ love lives and the mystery.


Blurb for The Mason’s Mark: Love and Death in the Tower:


In both the best and worst first day at work ever, docent Claire Wilding meets the man of her dreams, but her carefully rehearsed guided tour of the George Washington National Masonic Memorial collapses when she discovers a body and
is drawn into a dark world of black ops and Italian renegade masons, of secret cabals and hidden treasure. 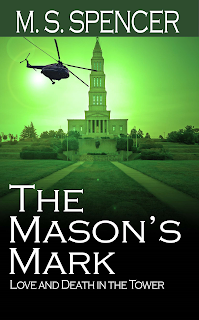 Also cloaked in mystery is handsome Gideon Bliss, a George Washington expert who haunts the Memorial, his manner evasive. What is his secret? Claire fears she'll fall in love with him only to learn he's a thief or even a murderer. Juggling two eccentric mothers, an inquisitive sister, and an increasingly smitten detective, Claire must find answers to a complex web of intrigue, including who to trust and who to love.

The Mason's Mark: Love and Death in the Tower (an Old Town Romance)

In this excerpt we find Letitia eating raspberries with her daughter (our heroine) Claire, and revealing the results of she and her friend Andromeda’s sleuthing.

The small box of scarlet berries took up most of one shelf in the mini refrigerator. When Claire returned with a bowl and napkins, Letitia took up arms again. “Andy believes—and I agree—that if we keep up the pressure on Dorcas she’ll have to cave. What woman wants a mother-in-law who hounds her constantly?”
Claire took a raspberry and nibbled on it. The tart sweetness burst on her tongue. “What do you think she wants anyway?”
“Dorcas? I’m not sure. After all, her lover has apparently been in touch with her.”
Claire stared open-mouthed at her mother. “How did you know?”
Letitia’s half-smile would have put Mona Lisa out of sorts. “You are always staggered by my powers of observation, aren’t you, my dear? I know because I saw him.”
“That day we were in Vermilion?”
“Of course.” The old lady ate another berry. “Andy says he’s the man she left Gideon for.”
“Andy?”
“Andromeda. We’ve been indulging in a little sleuthing since our luncheon.”
Nuts. Just what we need—two Miss Marples on the case.
“They met in Argentina.”
“Argentina?”
“Dorcas comes from a distinguished and well-to-do Spanish family. They own a large ranch in the pampas a few hundred miles from Buenos Aires and breed racehorses. Andy says she spends several months a year there.”
The words of Lieutenant Angle came back to Claire. “Everyone assumed that the lodge dissolved after Perón fell, but it didn’t. Scordato kept it going with help from a mysterious reserve of funds.” They’d theorized that Scordato had used the money from the sale of Perón’s hands, but could those funds have come from Dorcas instead? Could she be mixed up with P2? Could her lover have drawn her into the gang? Or the other way around? White said the BSO had lost touch with their man Peel. She conjured up the exquisite, shatterproof face of Gideon’s wife. The face that launched a thousand ships. Yes, she could see Dorcas as the ring leader. Claire decided to pump her mother for as much information as possible.
“How did Mrs. Bliss know what Dorcas’ lover looked like?”
Letitia stopped with the raspberry halfway to her lips. “What? Oh, you seemed lost in reverie for a minute there—I do hope you weren’t daydreaming about Gideon.”
“No, Mother. You were saying?”
She popped the raspberry in her mouth and, with a reproving look, went on. “When Andromeda first arrived in Paris, she went to the embassy for help in locating her daughter-in-law. She says the ambassador was most kind and offered the services of his first secretary.”
Claire kept the facetious remark to herself. Her mother’s obvious gratification at the deferential treatment of her friend couldn’t have been more endearing.
Letitia continued, “As she was leaving the secretary’s office, she saw Dorcas in the hall. He was with her.”
Let’s just see how much our lady sleuths know. “Did she learn his name? His profession?”
“He goes by Simon Peel, but we think that’s an alias. He’s definitely too bland to be anything other than a spy. And anyway, Dorcas wouldn’t find him attractive otherwise.”
“He couldn’t be a reclusive billionaire?” Or a P2 confederate?
“Dorcas wouldn’t care about money. She’s extremely wealthy in her own right. No, according to Andy, she craves danger and sex, preferably in combination.”
“Er…are you talking about dominance? Sado-masochism?”
Letitia’s faded blue eyes opened wide, feigning shock. “My heavens, Claire. You certainly didn’t learn about such things from your parents!” She plucked the last raspberry from the bowl and swallowed it. “However, Andromeda confided to me that she suspected Dorcas’s…inclinations…lay along those lines. If our current theory is correct, a spy with latent violent tendencies would be just her cup of tea.” As if to underscore her point Letitia held out her glass. “Speaking of…”