Check Out Iris Bloebel and her Latest - Journey to Her Dreams 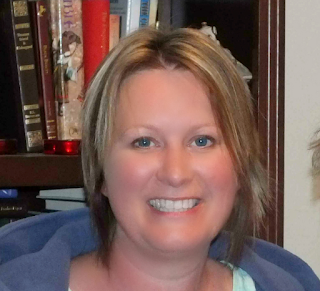 Iris Blobel was born and raised in Germany and only immigrated to Australia in the late 1990s. Having had the travel bug most of her life, Iris spent quite some time living in Scotland, London, as well as Canada where she met her husband. Her love for putting her stories onto paper only emerged a few years back, but now her laptop is a constant companion.
Iris resides west of Melbourne with her husband and her beautiful two daughters as well as their dog. Next to her job at a private school, she also presents a German Program at the local Community Radio.
Character Interview
Beverley: What’s your name?
Hollie: Hollie Anderson
Beverley: Where did you grow up?
Hollie: On a farm about 20 kms from Launceston, Tasmania
Beverley: During what time period does your story take place?
Hollie: Current time
Beverley: What’s your story/back story? Why would someone come up with a story about you?
Hollie: I have those dreams about another woman who is being hurt and it hurts me at the same time. To figure out who this woman is and why on earth I’m dreaming about her, my friends give me a ticket to Ireland for my birthday. And so my journey begins …
Beverley: What’s your goal in this story?
Hollie: To figure out who this woman is that I’m dreaming off and why I do dream of her.
Beverley: What conflicts are you facing?
Hollie: Not only do I travel to the other side of the world, but I’m supposed to find one woman in Dublin, a city with a population of a few million people.
Beverley: Do you have a plan for resolving them?
Hollie: Yes, I’m desperate to get this sorted.
Beverley: Is there anything else you’d like us to know about you?
Hollie: Oh, yes. I’ve also just met this really nice guy. Jeremy is the perfect partner, however, he’s not without flaws. 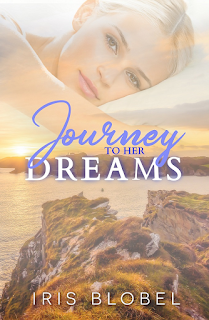 Blurb for Journey to Her Dreams:


There must be a reason for her dreams...
Hollie Anderson, a young woman living in Tasmania, is content with life, even more so since she has met Jeremy. However, she has been having a recurrent dream that impacts her daily life, as well as her relationship, a dream that eventually takes her on a journey to Ireland.

Samantha Shaughnessy enjoys the success as Head of Advertising for a popular magazine in the Irish capital Dublin. Married to Padraic, she thinks she loves her husband, but when she meets Hollie under unusual circumstances, she needs to face the truth--and not just about her marriage.

When both women meet and find they share an unexpected tie to the past, will they finally be able to move on into relationships with the men they love?


Excerpt for Journey to Her Dreams:


Hollie stared at the sliding door but didn’t dare to move any closer. So, this was Dublin. She had been glued to the window since the plane started descending. It didn’t appear all that different from Tasmania. There were fields upon fields of green paddocks, divided by hedges and rocks, sometimes in even squares and sometimes, it seemed, just randomly. She even spotted a few double-decker buses from way above. Overwhelmed by the thought that she was about to set foot on Irish soil, she hesitated.
“Hollie. What are you waiting for?” Davo was already outside, but his movement set off the sensor and the door opened in front of her.


She shrugged. “I don’t know.”
He came back in, took her hand, and led her outside. “I’ll be there all the way. We’ll find whatever is worrying you. I promise.”

Grateful, she intertwined her fingers with his and slowly followed him outside — onto the streets of Dublin.

She had known Davo, or David Richard as his mother called him whenever he was in trouble. Though she’d never been as close to him as with Alex, he’d always been a part of her life. Whenever his circle of friends grew, hers grew as well. He had always been there for her, but she only realised as she walked through that door how much she had taken him for granted, how much he had always been there, and she never truly appreciated it. In a way she did, but more as a mate than an actual close friend. She turned to him and her lips twitched into a smile as he walked ahead in his old casual track pants and his worn-out T-shirt, which he must have bought at the same rock band concert as Ben.


Buy Link for Journey to Her Dreams
https://www.amazon.com/dp/B07RGCX3D6


You can find Iris at:
www.irisblobel.com
My books on Amazon
Posted by darkwriter at 8:36 PM