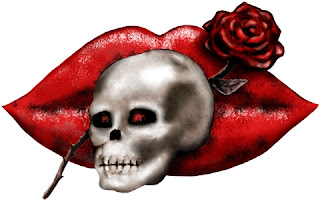 Are you interested in workshops?
Here's a couple for next month you might be interested in.
Kiss of Death July Workshops: The Magic Sales Tools, 1-Line, 1-Paragraph, 1-Page, Query Letter, & Pitching in Person & Writing Believable Fight Scenes


Class Description: Learn how to create captivating log lines, engaging 1-paragraph summaries, and dynamic 1-page synopses. We’ll study examples from well-known books and movies. Then we’ll discuss how these tools are used for in-person pitches and query letters. Honing these all-important sales tools helps you better understand early drafts of your book and can make the difference between gaining representation and not.


Class Description: Knowing how to write a true-to-life fight scene requires getting into fights. Yes, multiple fights. Many of them. That's painful because your opponents tend to strike back. There is an alternate approach, though. Find someone who has been in their fair share of fights, also knows how to write, and can impart their decades of battle-earned wisdom to the eager student.


This class will cover a wide range of topics including the purpose of a fight in fiction, gender differences, martial arts styles, weapon types (melee and ranged), writing mass combat, how to visualize a fight scene, and what happens to people when they are wounded. There are many nuances to each of these topics (and more!) that you won't want to miss out on.


Bio: Roughly three decades ago, J.T. Evans was the target of the bullies (yes, all of them) of his school. Between seventh and eighth grade, he enrolled in his first martial arts class to learn how to defend himself. This allowed him to not only drive the bullies away the next school year, but put him on a path of passionately learning as many different forms of martial arts as he could get his hands on. Through the years, he's learned "soft forms," "hard forms," armed combat, mass combat techniques, and even has a little mixed martial arts experience. As a result of bouncing between the different arts in the world, he has never earned a black belt in a single one, but his broad spectrum approach has allowed him to get out of many a tight situation over the years. When not thinking about what martial art to tackle next, J.T. writes fantasy novels.

Check back next month for August workshops.
Posted by darkwriter at 10:11 PM