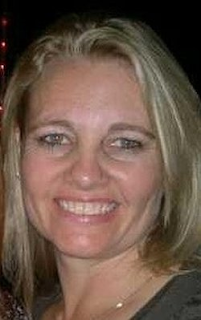 Here a blurb from her latest book, Where Rainbows End.


It’s 1850 and the Noble family have arrived in Australia to start a new life after scandal drove them from their native England. Headstrong Pippa Noble is determined to reclaim their honour by making her father’s plans for a successful stud farm a reality.
Pippa is immediately spellbound by the untamed outback landscape, although she learns the hard way about the unforgiving nature of the bush – sometimes with devastating consequences. When circumstance leads to Pippa tending the new farm alone, it is the steadfast friendship of neighbouring country estate owner Gil Ashford-Smith that helps her through.
Then an unexpected visitor from England arrives, putting Pippa’s dreams in jeopardy. But she refuses to let go. She will hold onto her family’s land and make her mark, even if it means losing everything else … 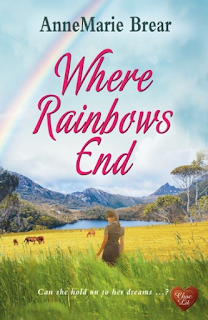 Excerpt from Where Rainbows End:


Pippa rode until she coughed and her eyes smarted. The roar of the fire drowned all other sound. Smokey baulked at every movement as his terror mounted.


Pippa called for her father again and again. She waited for a few minutes, willing him to burst through the dense smoke. When it became so thick she couldn’t breathe, she wheeled Smokey back the way they’d come. With every yard they took, her sense of unease grew. Then she saw it. A torn scrap of material caught on a branch. Wrenching it free, she studied it. It was the same brown colour as her father’s tweed jacket.


Scrambling off Smokey, Pippa screamed for her father to answer her. She ran into the scrub, stumbling in haste, pulling Smokey by the reins behind her. The horse, frightened, pulled back, throwing up his head and trying to pull the reins free from her grasp. ‘No, no! Smokey. Calm down!’ But the horse half reared, snatching the reins from her hands and once free bolted away.


Distraught at losing the horse, she turned in a circle, looking through the white gloom. ‘Father! Can you hear me? Where are you?’


She darted to the right, peering around large boulders and tree trunks before running to the left where the ground steeply sloped away. She skidded down a few yards, searching the landscape for any sign of him. Her foot dislodged a rock and she tripped, landing on her knees.


‘Father!’ For a moment she knelt on the ground, exhausted. Despair waited to claim her, but she refused to give up. With a frustrated sigh, she stood and wearily wiped a hand over her eyes. Where was he?


A flock of white cockatoos screeched above the trees. The sound of what seemed like thunder came again. Abruptly, a kangaroo bounded down the slope, nearly crashing into her before it jumped to the right and away. Then another came thumping over the top and down beside her, and then another. It hadn’t been thunder at all, but hundreds of kangaroos fleeing. An opossum scuttled by, followed by a large fat wombat and smaller kangaroos and wallabies. Lizards of varying sizes and the odd snake slithered past and Pippa stared in fear as a huge goanna charged its way over a boulder and skimmed past her skirts.


Pippa stared at the exodus of animals and birds all headed east. From the west she heard the splintering of wood, followed by a loud whooshing sound. The fine hair on the back of her neck rose.


The fire was close.
Rushing back to the track, she caught her skirts on a bush and paused to unhook them. The snap and crackle grew louder. Straightening, she tore her skirts free and reached the top only to stop and stare at the small circle of orange flames licking the dry grass a few feet from her. Ash and embers floated in the air like snow; where they landed, they started spot fires.


She looked for Smokey, only he had gone. Fear closed her throat.


Lifting her skirts high, she ran down the track, heading for the entrance down into the valley. Thick smoke blanketed the countryside and crept into her lungs, slowing her down and making her cough. The roar of the fire urged her to keep going. A stiff, hot wind thrashed at the treetops, swirling the ash and embers about her head. The air seemed sucked dry and, apart from the crackle of flames, the bush was eerily quiet.


Pippa ran, the sound of her laboured breathing noisy in her ears. Her eyes smarted and streamed, while her lungs felt as though every breath would be her last. She tried to ignore the encroaching danger and concentrate on getting into the valley. She had to outrun it.

If you'd like to find out more about AnneMarie or contact her, you can find her at: