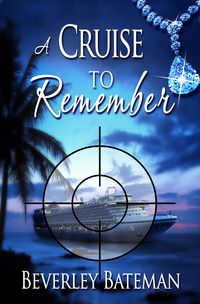 My favorite secondary character and one that surprised me is Lillian Abernathy in A Cruise to Remember. She’s in her sixties and meets the heroine in the hospital emergency. She’s a wealthy widow diagnosed with early Alzheimer’s. I had her helping the heroine in the emergency because of her amnesia and no money. She paid the bills and took her home. But then she asked her to be a companion on a cruise she wanted to take. Suddenly Lillian becomes a major part of the story. And I’ve fallen in love with her and she’s back in the second book in the series, A Murder to Forget.
Please check what the other authors have to say about this topic.