I remember Christmas many years ago. I admit to being old. Back then the stores never put anything to do with Christmas out until after Halloween. The pumpkins and costumes were cleared away and out came decorations, chocolates, nuts, mandarin oranges and the gifts.
Christmas cakes and Christmas puddings were made in November but that was so they had time to age.

Outside lights weren’t as popular but when they were put up, they didn’t go up until December first. In our house, we put the Christmas tree up about a week to 10 days before Christmas. 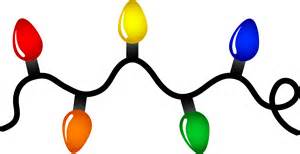 People did start making their Christmas gifts all during the year so they would be ready for Christmas giving.


Christmas today starts in late September and October. Decorations, gift ads and food are in the stores before Halloween. People put up their outside lights in early November. Christmas music in stores can start in early November. I guess they want to put you in the mood to spend more money. I find by the time December comes around many people are already tired of Christmas. It’s become so commercial the real spirit of Christmas is getting lost. Gifts are no longer hand-made but bought and need to be what the commercials tell you are the gifts to buy this year.
Your thought? How do you celebrate Christmas, if you do?