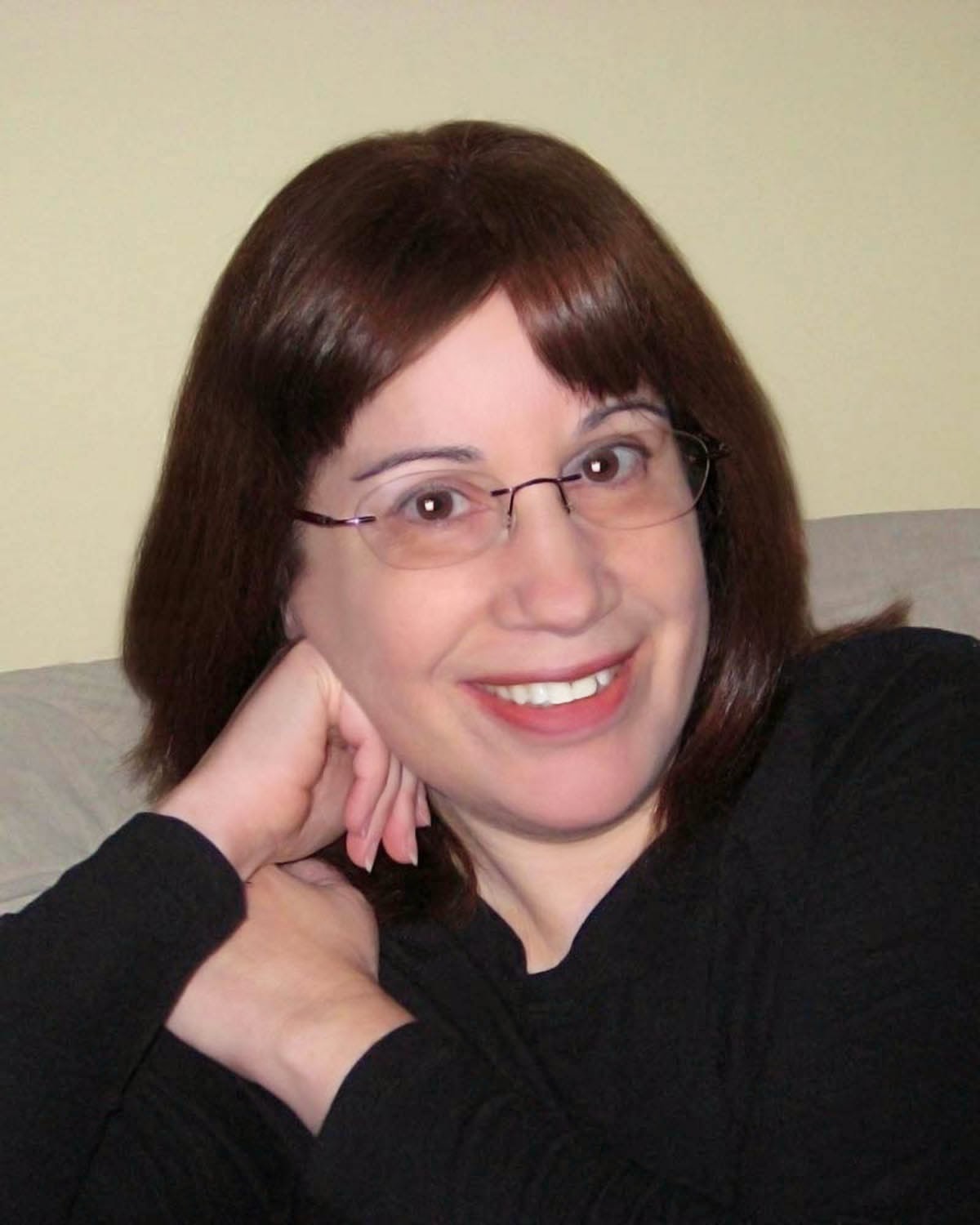 This week author and agent, Lois Winston joins us with her tip. Lois also writes under the pen name Emma Carlyle, is a USA Today bestselling, award-winning author and literary agency associate.


As a literary agent, I’ve listened to hundreds of pitches and read through thousands of query letters and manuscript submissions. Being both a published author and a literary agent has given me a unique perspective on publishing. I know what it's like to be the writer whose only desire is to sell a novel, and I know what it's like to have to crush someone's hopes with a rejection letter. It wasn't until I started sending out those rejection letters that I began to have a better understanding of why so many writers receive them.


As it turns out, most manuscripts are rejected for one or more of ten basic reasons. Writers have control over some of these reasons but not all of them. Over the years I’ve given writing workshops and talks on this topic. Afterwards, many attendees often urged me to write a book on the subject, which I eventually did. Top Ten Reasons Your Novel is Rejected and How to Avoid Them shows writers how they can control more of their destiny by not falling prey to many of these reasons. The following is an excerpt from the book:


Dialogue is one of two ways authors can show their stories. The other is active narrative (scenes where stuff happens.) Well-written dialogue, like well-written scenes, will do one of two things – either advance the plot and/or tell the reader something essential about the characters. Poorly written dialogue reads like filler and bores readers.


Although dialogue should sound natural and realistic, it needs to be written crisply. We all speak with lots of extraneous words and interjections. We constantly repeat ourselves. We uhm and uhr and stutter and stumble more often than not, unless we’re members of Toastmasters or championship debaters. Even though these things are natural and realistic in the real world, they have no place in dialogue. Good dialogue shouldn’t make the reader want to shout, “Let’s get on with it. Spit it out already!” 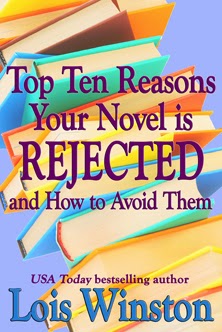 Dialogue should also be more than just chitchat. It should cut to the chase, not be filled with banal pleasantries.


“Whatcha want, gorgeous?” said a deep, gravely voice with a heavy Brooklyn accent. He sounded like Fran Drescher on steroids.


What I’d really like was two tickets to the ballet instead of two tickets to a pro-wrestling musical extravaganza. Dave really hated the ballet as much as I really hated pro-wrestling, but I couldn’t very well buy him something for his birthday that he didn’t like or want, could I? Although, somehow I couldn’t see him standing on line for even thirty seconds, let alone thirty minutes, to buy ballet tickets for my birthday. I ran my fingers through my mass of curly red hair and bit down on my lower lip as I wondered, did that mean I loved Dave more than he loved me?


“Hey, red, you like wanna stop like mooning over The Boulder’s tight ass and like tell me whatcha want?” continued the male counterpart of Fran Drescher in a loud, booming voice. I noticed several people turn toward the ticket counter. “Like I ain’t got all day, you know,” he continued, his voice getting even louder.


“Uhm, Nori?” said Reese, tapping her French manicured nails on the shoulder of my taupe colored Ralph Lauren linen cropped jacket, the one I’d bought on sale at Macy’s to match the pencil skirt I was wearing. “It’s your turn. You, er, want to tell the guy what you want, so we can like get out of here, maybe, and go get something to eat before our lunch hour is over?”


I hadn’t realized I’d made it to the front of the line and Mr. Fran Drescher was talking to me. How absolutely embarrassing! I felt the heat quickly creeping up my neck and into my cheeks as I slowly turned to look at him. He was as wide as Fran was thin. He must have weighed three hundred pounds. He wore a skin-tight sleeveless black T-shirt with the red “AWE” logo emblazoned across his massive barrel of a chest. Muscles bulged on top of muscles on arms that were completely covered in tattoos in every imaginable color of the rainbow from his thick wrists up to his bulging shoulders. He had the thickest neck I’d ever seen, a shaved head, and an enormous gold nose ring, large enough to easily fit on my wrist, hanging down from his nostrils to his chin. I wondered how he could eat with that large thing dangling over his mouth.


He slowly drummed his beefy fingers on the counter as he leaned across, casually leering at me, as he said in a very sarcastic voice, “Any day now, doll.”
~~


Now, if the ticket seller is a pivotal character in the story, he needs to be mentioned in detail, but certainly there are better ways to do it. However, if this is the only time he appears in the plot (which it is,) he doesn’t need to be described in such detail. And that’s just the beginning of what’s wrong with this dialogue passage.


Tag lines (he said, etc.) should only be used when it would be confusing to the reader not to use them. If the dialogue is between two characters, tag lines are extraneous because it’s obvious who’s speaking. The dialogue alternates between the two characters. If there are more than two characters in the scene, the tag line can still often be eliminated by the use of narrative action.


Then there’s the body language, which is nothing but filler. Good writing will only have a character engaged in body movements that are important enough for the point of view character to remember later. For instance, if Nori only bites down on her lower lip when she’s trying to rationalize something to herself, then the lip biting is a tell. (Note: This is different from telling your story. A tell is an action or trait that gives insight into a character. It’s often used in mystery and suspense when ferreting out the bad guys.) Maybe Nori really knows Dave isn’t in love with her and has been trying to convince herself otherwise. But if the lip biting is merely a body gesture for the sake of a body gesture, it’s filler and doesn’t belong in the passage.


Adverbs in tag lines should be used as little as possible. Well-written dialogue should use verbs that are very descriptive to the action instead of relying on adverbs. That doesn’t mean you should never use adverbs. Just make sure there’s a good reason for using them. Otherwise, they become a crutch.


Finally, description for the sake of description has no place in a well-written manuscript, whether as part of a tag line, in dialogue, or in narrative. Describe only that which is important to what is happening to the characters in the scene. If the hero and heroine are running through the subway, screaming for help as they flee an ax-wielding serial killer, the heroine isn’t going to notice the overflowing trash can filled with empty Starbucks cups nor the way the hero’s sea green and turquoise paisley tie is flapping around his neck as they race for the exit.


Dialogue by its nature will speed up pacing. Internalization (inner thoughts, monologues) will slow pacing. There’s a place for both. Good writing will have a balance, and depending on the genre, might lean more toward one than the other. But keep in mind wherever possible, you should strive to show your stories, not tell them. Too much internalization will make editors’ and agents’ eyes glaze over and result in a swift rejection. 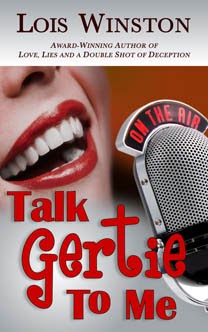 Excerpt from Talk Gertie to Me


So let’s look at that same dialogue scene written as it appeared in the book:


“Whatcha want, gorgeous?”
Two tickets to the ballet? I smiled to myself. Dave hated the ballet as much as I hated pro-wrestling. Payback would come on my birthday.


“Hey, red, you wanna stop mooning over The Boulder’s tight ass and tell me whatcha want? I ain’t got all day.”


“Nori.” Reese nudged me out of my reverie.


That’s when I realized I had made my way to the head of the line, and the thick-necked guy with the nose ring and shaved head was speaking to me.


Kobo https://store.kobobooks.com/en-us/books/top-ten-reasons-your-novel-is-rejected/6F2pntHPfECoT5GCICMANQ?MixID=6F2pntHPfECoT5GCICMANQ&PageNumber=1
Talk Gertie To Me
Kindle http://www.amazon.com/gp/product/B0099Q1QJ0/ref=as_li_qf_sp_asin_il_tl?ie=UTF8&camp=1789&creative=9325&creativeASIN=B0099Q1QJ0&linkCode=as2&tag=loiswins-20
iTunes https://itunes.apple.com/us/book/talk-gertie-to-me/id560707718?mt=11
Nook http://www.barnesandnoble.com/w/talk-gertie-to-me-lois-winston/1007597447?ean=2940015651218
Kobo https://store.kobobooks.com/en-US/ebook/talk-gertie-to-me?utm_source=pricegrabber&utm_medium=cpc&utm_campaign=title-Talk+Gertie+to+Me
You can find Lois at:
Website: http://www.loiswinston.com
Blog: http://www.anastasiapollack.blogspot.com
Tsu: http://www.tsu.co/loiswinston
Pinterest: http://www.pinterest.com/anasleuth
Twitter: @anasleuth
Thanks Lois, for dropping by and sharing that great writing tip.
Don’t forget to check back next week for another author and her writing or marketing tip.