Monique DeVere and her New Release 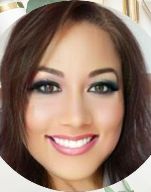 Monique DeVere grew up on a plantation on the beautiful island of Barbados, where her childhood was all about exploring and letting her imagination run free. She moved to the UK as a teen and soon fell in love at first sight with her amazing, strong-silent-type husband. They have four beautiful children and four incredible grandchildren.

Monique writes sweet ‘n’ spicy romance, and when she isn’t working on the next novel or movie script, she can be found spending time with hubby and family, armchair travelling, creating recipes, reading about health and nutrition, or working on her spiritual growth. She enjoys going for walks, gardening, or simply crazy-dancing around the house. Monique loves to hear from her readers. You can email her at monique@moniquedevere.com, or contact her by visiting her website: www.moniquedevere.com or blog: http://moniquedevere.blogspot.co.uk to learn more about her books. You can also visit her Facebook author page: https://www.facebook.com/moniquedevere or follow her on Twitter: @MoniqueDeVere or Instagram: authormdv

Get The Forever Deal FREE when you sign up to Monique’s New Release Newsletter.

Sabrina: Hi, Beverley, I’m so happy to visit your blog today. For those of you who don’t know me, I’m Sabrina Newton-Giordano, Matt’s Pregnant Runaway Wife, the heroine from Monique DeVere’s new release.

Sabrina: I grew up in Somerset, England. I have a huge close-knit family who mean the world to me.

Sabrina: My story is contemporary romance. Monique doesn’t wish to date my story, so COVID-19 doesn’t exist in my romance.

Sabrina: I’m an award-winning pastry chef, and I worked in the London branch of Giordano’s Sicily, one of my husband’s chains of restaurants. I first met Matt when he visited the restaurant for a surprise inspection. When I saw him, his presence blew me away, but I think I hid my reaction well. Our romance was whirlwind, and I’m starting to wonder if we didn’t rush into things. How is it possible to be so intimate with someone, and, yet so distant at the same time? I know he doesn’t like to talk about his past, but I’m only now realising how little I know about the man I married.

Sabrina: I need to meet Matt’s family and discover why he’s so angry with them. What could they have done that was so terrible to keep him away for so many years? I have to fine out.

Sabrina: Matt and I are going to have a baby. I want our little one to know the kind of love I had growing up with two sets of adoring grandparents. I want our children to know their Sicilian culture and to be able to visit their grandparents in Sicily. But something happened in Matt’s past, and he’s estranged from his parents. I’m so sad that he refuses to let me in and wouldn’t talk about his past.

Sabrina: I’ve decided to hide my true identity and find a way to meet the in-laws without causing too many problems. My curious nature and my own bad experience forces me to take action.

This might be the biggest risk of her life.

When her whirlwind romance with gorgeous Sicilian-born restaurateur Matteo Giordano culminates in marriage, award-winning pastry chef Sabrina Newton-Giordano thinks she has it all...until Matt refuses to introduce her to his family. Sabrina desires their baby to have the same love she knew from her grandparents, but Matt’s outright rejection of his family could result in their baby never knowing his or her paternal grandparents, something Sabrina will not accept. Until that is, she hits on the perfect solution—run away to Sicily to meet the in-laws!

Matt wants only one thing—to keep his wife and unborn child safe. For a man intent on never allowing anything to stand in his way, it should be an easy task. But Matt hasn’t bargained on how stubborn his irresistible, runaway wife can be. Despite his stern objections, she’s determined to form a relationship with his family. He knows, from past experience, they’d never accept her or the baby. Now Matt is torn between the urgent need to protect his wife and fear of causing her undue stress in her pregnancy. 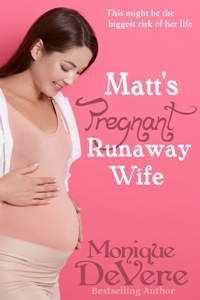 She kept him on his toes, he’d give her that. From the moment he met her he’d known she was unique to any other woman. The first hint was when he’d arrived unexpectedly to check on his London restaurant. Everyone, except Sabrina, had nervously tripped over themselves in his presence. She’d simply continued to work as though his arrival was as insignificant as a dust mote drifting past her head. The second hint had knocked him the moment she glanced up and locked eyes with his. Something he’d never experienced before had happened. His body had responded to the instant connection in a way that had been shocking and potent. He’d decided right then to make her his. Even then, she hadn’t made it easy for him. She’d resisted their attraction, had flat-out refused to have drinks, dinner, or—her words—anything else with him. To say that she’d become a challenge he’d fixated on was to understate the level of his attraction for Sabrina.

Then one day, after weeks of him putting his best moves on her and about to admit defeat, a delivery arrived at his office. It was a beautifully presented slice of his favourite dessert along with a note that read: if you want more, come and get it! He was pretty sure the soles of his handmade Italian shoes left scorch marks on his office rug in his haste to get to Sabrina. The rest had been white-hot sizzling sexy, whirlwind, and incredible. And now here he was, fighting to keep his marriage from falling apart only after eleven-and-a-half months of wedded bliss.

Matt washed his hands at the kitchen sink, then rummaged in the under counter fridge.

He chuckled. “Surprise, surprise, nothing but dessert and fruit.”

Yep, one thing he could be sure of was that he’d always find some sort of dessert in their fridge at home, thanks to Sabrina’s never-ending effort to create new and exciting after-dinner treats. And, oh look, she had his favourite dessert sitting in a small yellow and white cake caddy, as though she’d somehow been expecting him. When he grabbed the container his gaze landed on the four red apples in a bowl on the shelf below, so he snagged one of those, too.

Available on Amazon KindleUnlimited and to purchase from Amazon.