Jan Selbourne and her New Novel 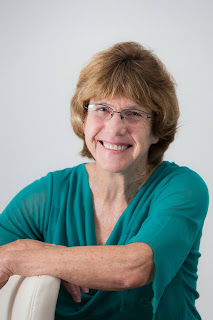 Jan Selbourne grew up in Melbourne, Australia. Her love of literature and history began as soon as she could read and hold a pen. Her career started in the dusty world of ledgers and accounting then a working holiday in the UK brought the history to life. Now retired, Jan can indulge her love of writing and travel. She has two adult children and lives near Maitland, New South Wales.

Adrian: 1914, at the beginning of a war which enveloped the whole world.

Adrian: I was wealthy, and I admit, an arrogant man with business interests throughout Europe. I had everything -influential friends, homes, servants, a boring wife and children at my country home. A beautiful mistress in London.  Unknown to anyone, I worked for the newly formed British Secret Service Bureau.  I had no idea that life as I knew it would blow up in my face.

Adrian: My goal was to not only survive a betrayal and a war but learn some painful truths about myself.

Adrian: I was ordered to accompany my estranged wife on her annual visit to her stifling, boring relatives in Belgium. The Secret Service Bureau believed her uncle Henri Meyvier was supporting the German Empire’s quest for war. It was there that life as I knew it crashed. I discovered my mistress, working for Meyvier, was spying on me.

Adrian: I didn’t have time for a plan. Belgium was invaded, setting off the first sparks of a world war. My wife and I were horribly betrayed, forcing us to flee for our lives. For the first time we had nothing but the clothes we wore, we hid in barns and ditches, we stole food and a horse and buggy and, for the first time, we had to rely on each other to survive.

Adrian: While facing death, injury, hunger and brutality I fell in love with the woman I had neglected shamefully for eight years. How can I convince her I am not the man I once was? 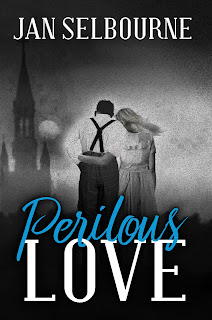 As the world rushes towards a war, Adrian Bryce, wealthy businessman, is ordered by the British government to leave his mistress and accompany his estranged wife Gabrielle to Belgium.  They require proof Gabrielle’s uncle is supporting the German Empire.  Adrian discovers secrets which plunge him and Gabrielle into a nightmare of betrayal.  Forced to run for their lives as Germany invades, they must trust each other in the midst of danger, brutality, and injury.

Gabrielle enjoys her role of mother of their two children. Wanting only to be with her lover, and now fearful of exposure, she readies herself and her children for a difficult trip.  With no way out, Gabrielle knows the two weeks visit with her aristocratic traditional family will be a trial, and Europe is on edge.  She had no idea the danger she, Adrian and her children would be in.

Will Adrian and Gabrielle reach safety? If they do, are they out of danger or will the intrigue and treason follow them back to England?