Sloan McBride and her New Book 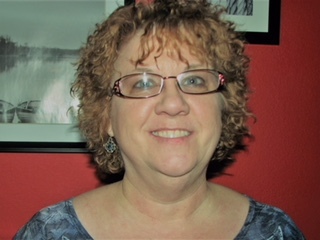 “Life is a book waiting to happen.”  Sloan McBride

Sloan McBride is a multi-published author whose books have been reviewed, and featured in RT Book Reviews.  She is a romance author who leans toward the paranormal, adding suspense, and mixing in mythology with her Time Walker Series. She dances through the Highlands, making merry with the clans in The Talisman Trilogy, and turns up the heat in the crazy world of smokejumpers in the Men of Fire Trilogy.

Sloan lives in Illinois with her husband of 39 years and two children who have grown into adulthood. By day she is executive assistant to the majority owner of a dynamic law firm. By night, she puts on her writing persona and creates kick-ass heroines and the tortured men who love them.

If you’d like more information about Sloan, please visit her website at www.sloanmcbride.com where you can sign up for her newsletter to receive notice of new books, giveaways, and more.

Beverley: Which genre or genres do you write or prefer to write? And why?

Sloan: I write paranormal romance and romantic suspense.  I've been interested in the paranormal since I was very young. I did my senior term paper on witchcraft, back in the days when they still allowed that kind of thing.  :-)  I worked in the library when I was in high school. I read any and all books about the paranormal that we had in the school library. It has always been an interest of mine. As for the romance, well, I've dreamed of exotic places and sexy men for as far back as I can remember.  Even as a kid I created romantic adventures for Barbie and Ken.  :-)

Beverley: Who influenced you the most in deciding to become a writer?

Beverley: What gets your creative juices flowing?

Sloan: I can't really say what gets my creative juices flowing. It will be something I hear, see, read.  I love to go on The Weather Channel site. They always have such interesting, unusual stories.  It's really good for getting great ideas.

Beverley: Do you have a favorite cartoon character? Why?

Sloan: My favorite cartoon character is a toss up between Bugs Bunny and Scooby Doo.  Bugs always wins, and I love that.  Scooby, no matter what he does, even if it's by accident, always works out.  They are both very loveable.

Beverley: Who would you love most to meet 'in person' and why?

Sloan: This is another question that is hard to answer. I would love to meet Stephen King and be able to sit down with him and just talk about ideas, stories, writing.  I would also love to sit down with Nora Roberts since I write romance, and she is an utter queen in the genre.  I feel I could learn a lot from both.

Beverley: If you had an unexpected free day what would you do with it?

Sloan: Oooh, I'm really not sure. I haven't had a real FREE day in such a very long time. I'm not sure.  I would probably read or work on my writing.

Beverley: What are you working on now?

Sloan: I am currently working on Book 2 of The Talisman Trilogy, Highland Soul.  My day job has pretty much controlled my life for the last seven years.  I wrote very little, and got away from reading a lot because I am always exhausted when I get home that I just don't feel like doing anything.  Things are finally starting to ease, well it was before Covid.  I was excited to finally finish the first draft of Highland Soul.  I'd been working on it for a long time.  I'm currently sussing out a Halloween story, but when I'm done, I will be finalizing Book 2 so I can send it off to the editor.

A mysterious inheritance and magical forces thrust Kara Malone through the ages to the Scottish Highlands of old. There she encounters Alaxandar McLeod, the dark stranger who inhabits her dreams.

Alaxandar leads the charge to learn the truth about the violent raids against his clan. When his horse almost tramples a beautiful stranger, he is beguiled but skeptical. Is she a spy, or worse, a witch come to lure him with her body and distract him from his quest?

With his clan ever leery of Kara's presence, and the raids intensifying, Alaxandar must decide what is right for his family and his heart. Will Kara choose to stay with the stranger from her dreams made flesh, or the mission she vowed to complete? 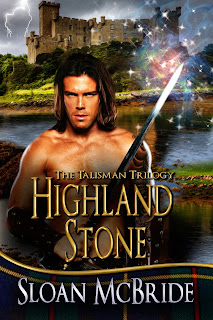 Not too long after, Alaxandar and the men who'd ridden out earlier arrived. The chief and Jamie joined them across the large room. Alaxandar held conference with the men, but his eyes locked on Kara several times during the intense conversation. She tried not to notice him, impossible though it was. Heat swept through her body, originating between her legs. She squirmed in the chair. Concentrating on her plate was a better alternative to staring at the handsome version of her dream.

Kara jumped, not having noticed him come up beside her. She gritted her teeth as he chuckled. The man had a way of getting to her. He took his place beside his father. His bare leg brushed against her thigh, sending a jolt of desire barreling across her already jangled nerves. Nervously, she picked at her food. Her appetite had slipped away again. "Damn."

"Uh—no—nothing." Kara fidgeted with a raspberry then tossed it in her mouth.

Alaxandar studied her juicy lips. Her cheeks warmed. The slightest contact with the warrior caused sensual chills. Was there no end to her wicked thoughts? Thankfully, thick tendrils of her hair slid down to cover her eyes and hopefully hide the obvious attraction she felt.

He was real, not a figment of her under sexed, love-starved mind.

Alaxandar reached out and cautiously rubbed a lock of her hair between his fingers before saying, "How be your ankle today?"

"Better. Thanks," she murmured without looking up. She fought the urge to grab her hair from his hand.

Alaxandar twisted her hair a moment longer. Out of the corner of her eye, Kara noticed Cuilén watching Alaxandar. He released the strand and frowned at his brother.

Her throat tightened and her stomach lurched, but she forced down as many bites of food as she could manage. The servers remained cautious around her. Their halting behavior had nothing to do with her injury.

"Yes. Thank you," Kara replied and handed her the plate. The girl smiled, accepting the dish. She made sure not to touch Kara in any way.

The men were heavy in conversation. Thankful, Kara rose with the intention of sneaking out unnoticed. She'd not gone far when Iain stormed into the hall, angry and agitated. He went immediately to his father and the others.

"Some cattle's been stolen. Clan members slain, a máthair and babes," Iain announced.

Other clansmen circled the table, enraged and calling for retaliation. "Ye know it be the cursed Sutherlands. We should strike back swiftly and make 'em pay," cried Patrick MacLeod, slamming his fist on the oak table.

Kara made it to the foot of the stairway where she perched on one of the steps to listen. The heated debate drew her interest. She knew some of the names of those arguing, having heard them referred to during the meal.

"Aye, MacLeod, we canna let 'em get away wi’ it," fumed Archibald.

"Father, now that the snow be gone, ye know the raiding will start," Alaxandar stated. "Patrick 'tis right. We must strike back."

"Aye, Father," Iain bellowed. "This feuding wi’ the Sutherlands has gone on for years, but never has one o’ our own been lost so needlessly."

"What shall we do, MacLeod? What do ye decree?" demanded Murdo as the others yelled in agreement.

Accusations flew, hollering and threats were made with no voice of reason. Kara witnessed the fire in the human spirit, which had long since been made passive by the society she lived in.

"Bring some ale," the chief ordered. "I need tae think on it." Getting up from his chair, he stalked away from the crowd. His sons followed.

Jamie MacLeod gathered by the hearth with several clansmen. "The MacLeods and Sutherlands have been at odds for years, but never wi’ unprovoked violence. 'Tis started since that woman showed up." Several glanced in the direction of the seat she'd vacated. Heads nodded in silent agreement. Without another word, Jamie left the group amongst murmurs. Kara watched a malignant grin cross his features. She swallowed hard, her throat dry. That wine sounded awful good at the moment.

"Silence!" The chief's gaze encompassed the entire room. "Archibald, get the men together. This eve we ride tae the Sutherlands."

"Hold fast" rang out and the men charged from the room. Kara hid in the shadows, waiting for them to go.

She knew Alaxandar's voice. Moving into the light she said, "I almost got trampled again."

She lowered her eyes but didn't admit she'd been eavesdropping. "They were in an awful hurry."

"A raid?" Kara's head snapped up. "Killing?" She knew she had no right to ask. Her stomach seized.

"I canna guarantee there willna be fighting."

Kara's heartbeat accelerated. A flicker of fear danced along her spine and her heart plunged. Alaxandar's tense jaw and tight lips came into focus. Should she say anything more? What would be the point? She didn't belong here.

Kara massaged her left temple to release the tension building in her head. He moved closer but didn't touch her. The heat in his eyes warmed her instantly in secret places.

She wanted him to touch her.

His hand reached out, inching toward her heated flesh, but fell away. "I must go." He brushed past her, his eyes now on the sea of sour-faced men gathering outside.

Kara's panic grew. "Keep your fat head down," she called out.

"Dunna worry," Alaxandar said in that smooth voice that made her tingle. "I shall return," he promised without breaking stride.

She followed him to the bailey, her distorted gait sapping her strength. With a ragged breath, Kara stopped short at the sight of the assembled score of mounted men. Their terse look of determination renewed the fear in her heart. As the riders thundered through the gates, words her grandmother had written in the journal appeared in Kara's mind. Wars and savageness were a part of daily life. She blinked back tears, feeling foolish. Alaxandar lived this life every day. He knew how to take care of himself and he rode with all the others. Surely, there was safety in numbers. Why was she so worried anyway? It wasn't as though she knew him very well. What did it matter if something happened? Her stomach clutched.

She felt as though she'd known Alaxandar for a lifetime. He was something familiar to hold onto in this time of craziness.

I am actually running a special for $0.99 on Highland Stone until October 11th on Amazon.

Black lives matter. Be part of the change.